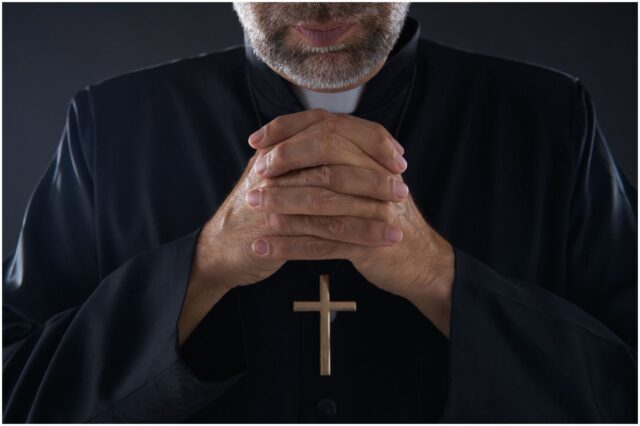 Who are the richest pastors in the world? David Jeremiah, David Oyedepo, or?

Many churches hire pastors to lead their congregations. The word “pastor” comes from the Latin word for “shepherd.”

Pastors can have several streams of income, including:

Robert Jeffress is the senior pastor of the 15,000-member First Baptist Church, a Southern Baptist megachurch located in Dallas.

He is the author of 25 books, including ”A Place Called Heaven: 10 Surprising Truths About Your Eternal Home,” ”Not All Roads Lead to Heaven,” ”Perfect Ending: Why Your Eternal Future Matters Today,” ”Countdown to the Apocalypse,” and ”When Forgiveness Doesn’t Make Sense.”

He received the Daniel Award from Vision America in 2006.

Robert Jeffress has a net worth of $4 million.

Rod Parsley is the senior pastor of World Harvest Church, an international pentecostal megachurch. More than 11,000 people attend services at World Harvest every week. The church’s first facility was built in 1979.

He has a doctorate from Liberty University in Lynchburg.

He is the author of more than 50 study guides and books, including – Culturally Incorrect: How Clashing Worldviews Affect Your Future, Living on Our Heads: Righting an Upside-Down Culture, Silent No More, and No More Crumbs.

Rod Parsley has a net worth of $4 million.

John Hagee is an American pastor and the founder of Christians United for Israel.

Hagee is also the CEO of John Hagee Ministries, a Christian multi-media empire.

Prince broadcasts a television program, called – Destined to Reign, in more than 150 countries. Some of his books are – Grace Revolution, Eat Your Way to Life and Health, The Power of Right Believing, and Healing Promises.

He married Wendy Prince at the age of 31.

Joseph Prince has a net worth of $5 million. At some point, his salary from the church was around $50,000 per month.

Bishop Noel Jones is the senior pastor of the City of Refuge Church in Gardena, California. He earned a Bachelor of Science in Theology degree from Aenon Bible College.

In 2002, Noel was featured in the English documentary ”Hoover Street Revival.”

Noel Jones has a net worth of $6 million.

He graduated from Appalachian State University with a B.A. in 1978.

In a 2016 tour, Graham visited all 50 state capitals. Franklin Graham has a net worth of $9 million.

T. B. Joshua is a Nigerian pastor and founder of The Synagogue, Church of All Nations, a Christian megachurch located in Lagos. SCOAN claims regular occurrences of divine miracles. About 16,000 members attend its weekly Sunday service.

Steven Furtick is the lead pastor of Elevation Church, a Southern Baptist multi-site church that has been described as “a pop culture-friendly church with an orthodox Christian message.”

Furtick and his wife built a house valued at $1.8 million.

Steven holds a master of divinity degree from Southern Theological Seminary. Steven Furtick has a net worth of $ 11 million.

T.D. Jakes is the bishop of The Potter’s House, a megachurch in Dallas. The church hosted the Joyous Celebration choir in December 2016.

In 2016, he was selected in Oprah’s SuperSoul 100 list of influential leaders.

In 2003, Jakes released an album, A Wing and a Prayer, that won the “Best Gospel or Chorus Album.”

In 1978, Jesse became a full-time evangelistic minister and founded Covenant Church in 1997.

In 1999, he was awarded an honorary Doctorate of Divinity degree from Oral Roberts University.

Jesse has published several books, including – Why Isn’t My Giving Working?, What in Hell Do You Want, Breaking the Power of Natural Law, and Heaven: close encounters of the God kind.

Jesse Duplantis has a net worth of $25 million.

He is the author of The Purpose-Driven Life. The book was translated into over 20 languages.

Time Magazine named Warren one of the leaders who mattered most in 2004.

Rick Warren has a net worth of $27 million.

Creflo is married and has five children.

World Changers Church International had a $70 million revenue in 2006.

In 1998, Creflo received an honorary Doctor of Divinity from Oral Roberts University. He is the publisher of Changing Your World Magazine. Dollar also manages Arrow Records.

Creflo Dollar has a net worth of $30 million. Dollar owns a $2.5 million home in Demarest, a private jet, and two Rolls-Royces.

Some of Hybels’ released books are Who You Are When No One’s Looking, Transformation: Letting God Change You from the Inside Out, The Real Deal: Discover the Rewards of Authentic Relationships, Engraved on Your Heart, and Rediscovering Church: The Story and Vision of Willow Creek Community Church.

Bill Hybels has a net worth of $40 million.

Chris Oyakhilome is the founder of Christ Embassy, a megachurch and a Christian denomination that has more than 145 branches on five continents. It has ministries in the United Kingdom, the United States, South Africa, Nigeria, and Canada as well as more than 13,000,000 followers worldwide.

Chris is the son of Elder T.E Oyakhilome and Angelina. He received a doctorate degree in divinity from Benson Idahosa University and an honorary doctorate from Ambrose Alli University.

He is the author of several books, including – The Power of Your Mind, Your Rights In Christ, and How To Make Your Faith Work.

Chris Oyakhilome has a net worth of $52 million.

David Jeremiah is an American senior pastor of Shadow Mountain Community Church. He serves on US President Donald Trump’s evangelical advisory board. David is also the founder of Turning Point Radio and Television Ministries.

Dr. David Jeremiah has written over 40 books, including What Are You Afraid Of?, God Loves You: He Always Has—He Always Will, The Coming Economic Armageddon, What in the World Is Going On?, Living with Confidence in a Chaotic World, Captured by Grace, Agents of the Apocalypse, and Agents of Babylon.

David Jeremiah has an estimated net worth of $55 million.

A 2001 documentary, called A Question of Miracles, focuses on Benny.

Hinn was mentored by Dr. Winston I. Nunes of Broadview Faith Temple in Toronto.

Benny Hinn has an estimated net worth of $65 million.

Joel Osteen is an American pastor and the host of the television program Lakewood Church. He studied at Oral Roberts University. Lakewood Church acquired the Compaq Center (the earlier arena for the Houston Rockets) in 2005.

His house has an estimated worth of $10.5 million. He married Victoria Osteen in 1987.

Osteen published many books, including – The Power of Favor, I Declare, Your Best Life Now for Moms, and Every day a Friday. His book, Become A Better You, sold more than 4 million copies in 2005.

He was on Barbara Walters’s list of 10 Most Fascinating People in 2006.

Joel Osteen has a net worth of $95 million. His church has an annual budget of $70 million.

Pat Robertson is a former Southern Baptist minister and media mogul who founded International Family Entertainment Inc and the Christian Broadcasting Network. In addition, Robertson is the founder of the American Center for Law and Justice.

Robertson served on the Victims of Crime Task Force for President Reagan in 1982.

In 2007, Pat stepped down as CEO of the Christian Broadcasting Network. CBN is now broadcast in 71 languages and seen in 180 countries.

Some of Robertson’s released books include – Right on the Money: Financial Advice for Tough Times, The End of the Age, and The Secret Kingdom.

Pat Robertson has a net worth of $105 million.

David Oyedepo, affectionately called “Papa” by the members of his church, is the founder and bishop of the Living Faith Church Worldwide. The organization’s network of churches is located in more than 300 cities. He is also the president of David Oyedepo Ministries International.

Oyedepo said that he received a mandate from God to liberate the world from all oppressions of the devil.

Some of Oyedepo’s released books include – All You Need To Have All Your Needs Met, Understanding Divine Direction, and Exploring The Secrets Of Success.

David Oyedepo has a net worth of $155 million.

Kenneth Copeland is a televangelist who founded Kenneth Copeland Ministries in Tarrant County. About 500 people are employed by KCM. He is one of the original members of President Donald Trump’s evangelical advisory committee.

Some of Copeland’s published books are From Faith to Faith Devotional, The Laws of Prosperity, Pursuit of His Presence, The Blessing of the Lord, Prayer: Your Foundation for Success, How to Discipline Your Flesh, The Force of Faith, Limitless Love: A 365-Day Devotional, and How You Call It Is How It Will Be.

Kenneth Copeland has a net worth of $310 million. He once said – ”I’m a very wealthy man.”

READ THIS NEXT: Richest People In The World