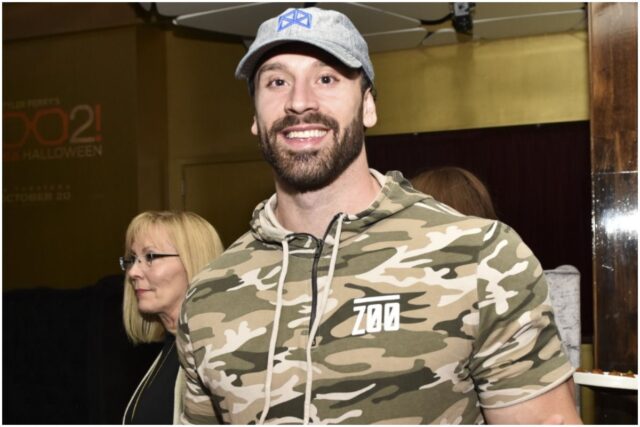 What is Bradley Martyn’s net worth?

Bradley Martyn may have gained mainstream attention on Instagram and YouTube, but the motivated fitness instructor and gym owner is making even more moves behind the camera than in front of it.

Through his online presence and bricks & mortar business, he shares training and nutrition advice, tips to bulking and shredding in record time.

He delivers some pretty solid entertainment and hilarity in his downtime.

Here’s everything the 6’3 gym giant and entrepreneur has been up to so far.

Bradley Allen Martyn was born on May 22, 1989, in San Francisco, California.

He has an older brother named Andrew, who is often shown behind the scenes in his YouTube clips.

When Bradley was six years old, his father took his own life—something he has referenced openly in some of his videos—something that impacted his life greatly and influenced how he approaches life now.

His mom, who worked as a teacher, remarried, and the family stayed in the Bay Area through Bradley’s childhood.

Bradley often talks about how fragile life is, and how losing his father and lacking a father figure drives him to take advantage of opportunities and work hard to achieve his goals on his own.

Bradley was an average student but extremely competitive when it came to gaming and sports.

He played football and started going to the gym at 15 to improve his fitness for football.

A Fitness Fanatic Is Born

Although he only joined a gym to help his performance on the football field, by 17, he was taking fitness training seriously in its own right.

He realized he wanted a career in health and fitness and had a dream to create his own business within the industry.

He went to California State University at Fullerton to study business.

While he acknowledges that he learned a lot about life and business fundamentals through his studies, eventually, he dropped out to invest his college fees in starting a business.

Bradley is about more than pumping iron and lifting girls over his head—no, seriously, he does that.

He’s also passionate about helping his fans and followers to accept themselves and their struggles.

In 2017 he posted a video where he spoke openly about his struggles with anxiety, admitting that he has been to the ER 7 times—at one point showing up there three times in 3 days.

He shared his story to assure his viewers that anxiety is more common than they think and to talk about some of the issues that trigger anxiety in his life.

Martyn is no stranger to the grind. From his early days working as a gym trainer at Gold’s Gym Fullerton to doing time as a personal trainer, Bradley also competed in US bodybuilding competitions.

Putting his business savvy to good use, Bradley launched his own brand—BMFit—in January 2006.

Another notch to his belt, merchandising brand RawGear followed in March 2015. He followed that up with Zoo Culture in 2017 and Origin Supplements that same year.

To date, the fitness guru has 3.9 million Instagram followers and 4.1 million YouTube subscribers combined across his various channels.

Bradley explained in an interview:

”I didn’t start any of this in the thoughts of ‘I’m gonna get millions of followers.’ I wanted to help others see inspiration, believe they could do something they may not have thought was possible. I have always dreamed big. Chase your goals, your dreams, your passion.”

Martyn had been chipping away at his social media brand for years when he shared a video of him jumping out of a 4-foot pool. The video went viral and put the fitness fanatic on the influencer trajectory.

As his social media fame has grown, Martyn has collaborated with some major influencers of the digital age:

Bradley opened his own gym in California with two of his best friends. He had always wanted to design, build, and own his own gym, describing the finished gym—Zoo Culture—as “everything I’ve ever loved.”

Speaking of things he loves, Bradley has 2 American Pit Bull Terriers—Bam and Haze. Bam is the older of the girls, and he tries to take his dogs everywhere he goes. He sees them as a part of his family and is thankful for the happiness they bring to his life.

Although Bradley is linked to almost every woman who features in one of his videos, he is currently single.

He has acknowledged that being a big guy—he’s 6’3 and weighs around 240 lbs.—makes it easy to get attention, but that personality is the most important thing for him.

What is the net worth of Bradley Martyn?

Marty earned most of his wealth from managing his companies and ads on YouTube (about $1.5 million before taxes).

Therefore, fitness coach Bradley Martyn has an estimated net worth of $2 million.

There’s a lot of content on Bradley Martyn’s channel—but here’s his most viewed video (with a whopping 13 million views)!

READ THIS NEXT: Who is Kali Muscle?