David Goggins, often referred to as the toughest athlete on the planet, is an American retired Navy SEAL who is best known for being a triathlete, cyclist, and ultramarathon runner.

Goggins has competed in over 60 endurance races and has placed third at the Badwater Ultramarathonas – “the world’s toughest foot race.”

He frequently works as a motivational speaker, discussing mental power and how to overcome obstacles.

“For most humans, this wouldn’t be wise. But Goggins isn’t most humans.”

He was born on February 17, 1975, in the US. His father, Trunnis Goggins, was the owner of the Skateland roller rink.

David, his older brother, and his mother were victims of his abusive father.

Then one day, David decided that he wanted to become a SEAL himself. However, he weighed almost 300 pounds and was told that he was too heavy to make it through SEAL training.

He lost 106 pounds in less than three months. Later, he was accepted into SEAL training.

In 2004, David graduated from Army Ranger School with the distinction of enlisted “Top Honor Man.” 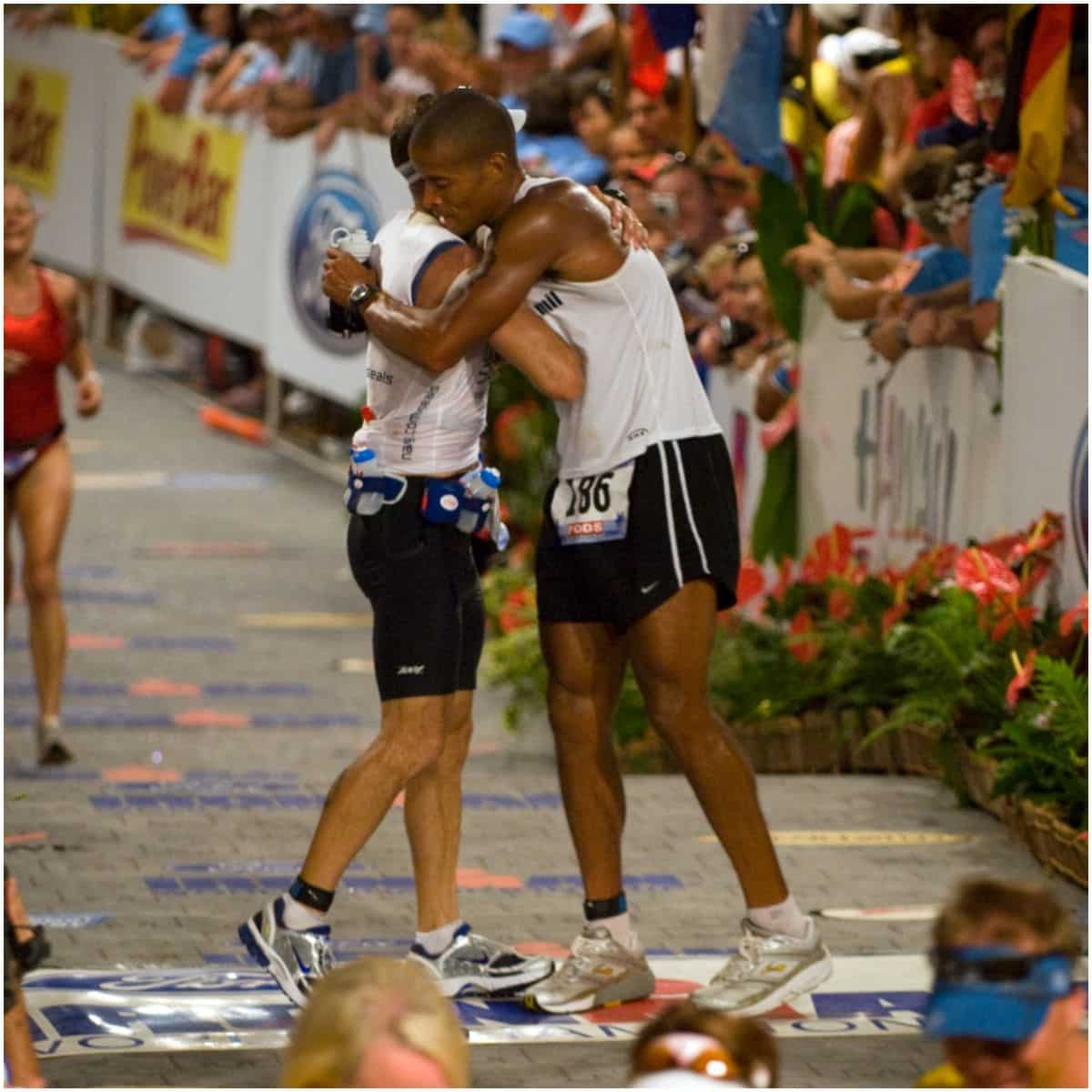 In 2005, after several of his friends died (after the Navy SEALs suffered the worst tragedy in a mission that went horribly wrong) in Afghanistan, David began long-distance running to raise money.

During an interview, David said:

“It touched me. I was trying to find a way to help after that, and I thought about how the cost of a college education is huge now.”

Goggins went on to say:

”Most of the guys who died over there had kids.”

About 70-miles in his first 100 miles race, David was peeing blood down his leg since he couldn’t make it to a toilet 20 feet from him. Also, all the metatarsal bones in his feet were broken. There were muscle tearing, shin splints, and stress fractures.

“Everyone asks me, were you thinking about the guys that died at that time? I’m not gonna lie; I wasn’t.”

Goggins went on slowly to finish the race, finishing the 100 miles in 19 hours. 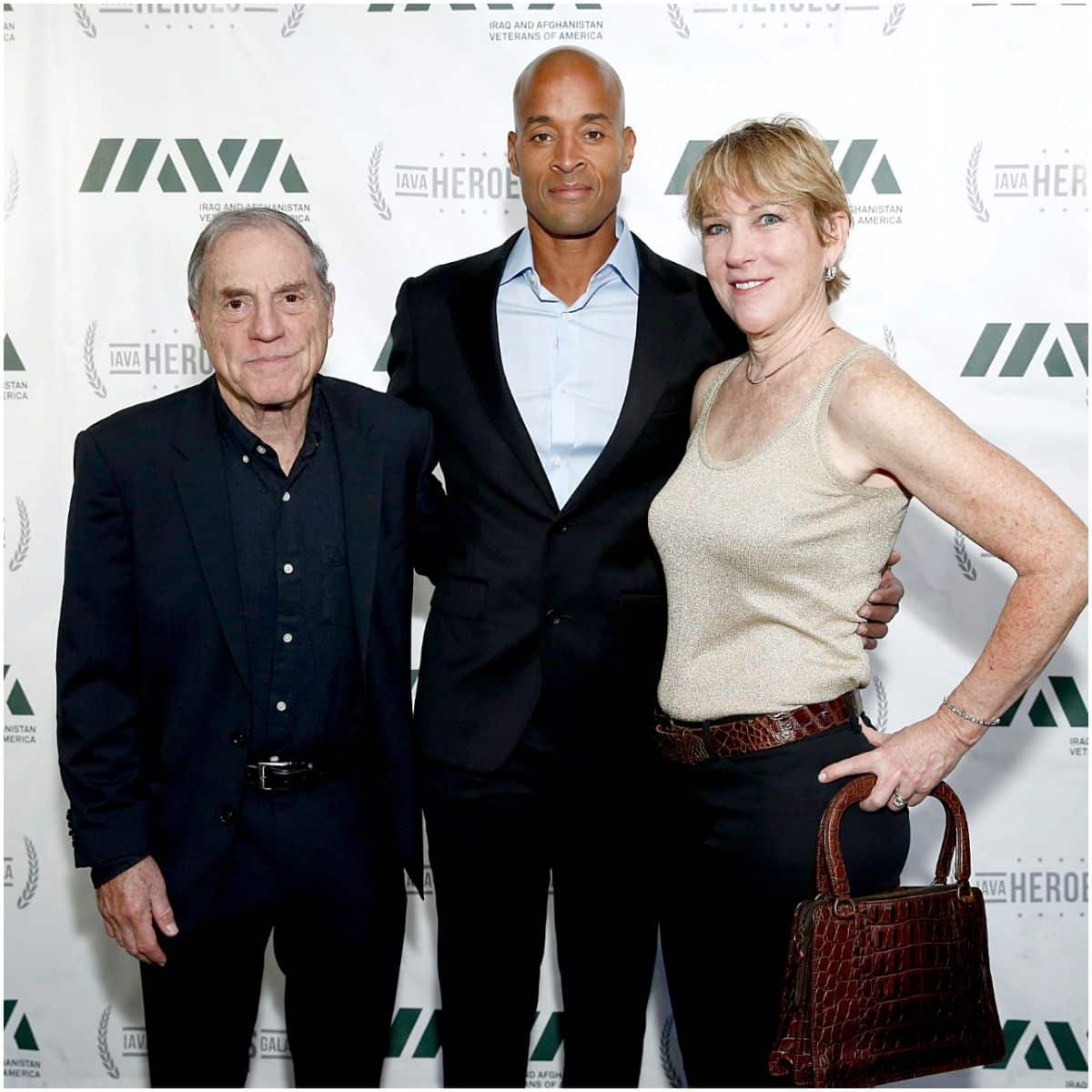 In 2006, he participated in Badwater-135, where he finished fifth overall.

In 2007, David again participated at the Badwater-135. He achieved his best finish by placing third overall.

In the follow-up year, David participated in the Furnace Creek-508, an ultramarathon bicycle race that is named after the total length of its course – 508 miles.

The main aim of his challenges was to raise money for the Special Operations Warrior Foundation. Competing in endurance challenges has enabled David to raise over $2 million for the foundation.

His wife once said about David:

“He realized that in order to gain the attention to raise money, he was going to have to suffer.”

“He hates running. He hates riding the bike. I’m here to tell you he’s angry every morning he has to do it.”

They are currently separated.

David is currently engaged to Jennifer Kish. Starting in October 2017, Jennifer serves as the Executive Director at Goggins, LLC.

In his book, David shares his amazing life story and reveals that most of us tap into only 40 percent of our capabilities.

Some of his most important races are:

READ MORE: Who is Demi Bagby?

”The pain that you are willing to endure is measured by how bad you want it.”

”People want to see you throw up, cry, and go through tremendous suffering.”

”Only you know what you truly want to be in life & where you want to go.”

”A lot of people call me obsessed. That’s fine. I probably am obsessed.”

”Feeling out of shape was utterly depressing.”

“You can hate me, but there’s one thing you can’t say about me – that I didn’t attack it.”

”The human mind is more powerful than anyone can possibly even begin to imagine.”

”As a human being, you always go back to wanting to feel sorry for yourself.”

”When you think you’re done, you’re only at 40% of your total potential.”

”You have to find out what you truly want in life. You have to believe in something.”

On February 19, 2018, Joe Rogan interviewed David Goggins. The interview was uploaded on YouTube. After two weeks, the video had over 1.4 million views. Currently, it has over 2.9 million views.

David had to go through three Hell Week’s in a year.

During a routine medical checkup in 2010, it was discovered that Goggins had a hole between the atrial chambers of his heart.

He also has asthma.

David is the only person to have completed:

Goggins earned most of his wealth from his service in United States Navy SEALs (currently, David is retired), sales from his book – Can’t Hurt Me, tickets sold to his motivational speeches, and prize money from the races he participated in.

Therefore, David Goggins has an estimated net worth of $2 million.

READ THIS NEXT: Aaron Hernandez Net Worth

You've overcome a lot. This is great news! So, overcome the profanity so the kids can listen and focus on your main points.