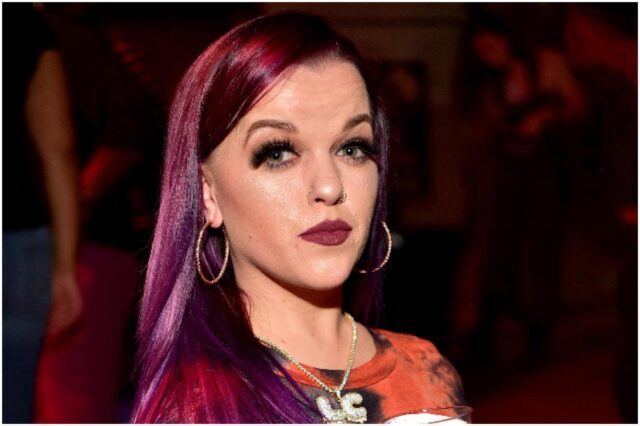 She has achondroplasia, a type of rare genetic bone disorder.

The characteristics of achondroplasia include:

Her mother also has achondroplasia dwarfism.

Her father died in a car accident when Barlup was nine years old.

In her twenties, Bri worked as a dancer known as “Left Cheek.”

Barlup is one of the main cast members of Little Women: Atlanta, a reality TV series that chronicles the lives of a group of little women living in Atlanta.

She was also a main cast member on Little Women: Dallas, a reality TV series that debuted on Lifetime on November 2, 2016.

Barlup and her best friend Emily Fernandez have a Youtube channel named “OFFICIALLCRC.” The channel was started on August 6, 2012. It has over 26 million views and more than 203,000 subscribers.

The most popular video on their channel is titled – ”Poppin Bottles.” The upload has more than 16 million views.

Bri had a procedure called breast augmentation. This procedure is performed to enhance the shape and size of a woman’s breasts.

This type of breast enhancement procedure can:

Every year, around 300,000 American teenagers and women have breast augmentation.

Barlup has done the procedure in 2016 while appearing on a season 2 episode of the Lifetime series called, “Atlanta Plastic.” It is a show where women get plastic surgery.

She has two sons named Malik and Karter.

Karter is average-sized, while Malik has achondroplasia dwarfism.

“Wooda and I are overjoyed to add baby Karter to our family. He is a dream fulfilled.”

Lyn went on to say:

“I’m most excited to watch Meek and Karter grow up together and be best friends! I’m the luckiest mommy.”

The father of her children is Cordero “Wooda” Bowen (also known as Ratchetasswooda), an American rapper who has recorded numerous songs and mixtapes, including, “$ex, Drugs, & Pesos,” “Thumb Thru It,” and “I’m Gone.”

In 2017, Cordero “Wooda” Bowen signed with a record label.

Bri and Wooda have a history of breaking up and making up. Cordero denies that they are a couple.

”Nah, we’re not officially a couple, It’s one of those things that’s kinda hard to explain.”

”I’d rather not have a title and be happy and live my life.”

She and Emily were featured in American rapper Lil Chuckee’s music video for his song titled – “Da Wop.”

Her natural hair color is blonde.

Barlup earned most of her wealth from starring in the series Little Women, advertisements on her YouTube channel, and sponsors.

Therefore, Little Women star Bri Barlup has an estimated net worth of $1 million.

READ THIS NEXT: Who is Alissa Violet?