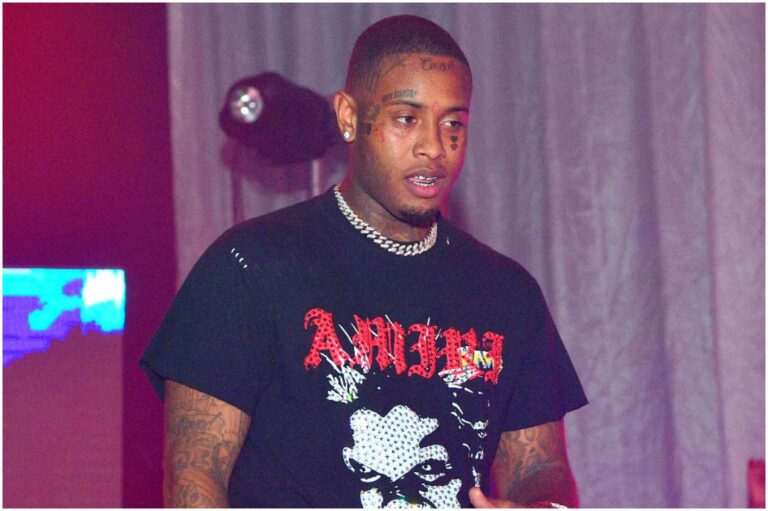 Southside (real name – Joshua Howard Luellen) is an American rapper, songwriter, and record producer from Atlanta, Georgia, who is best known as the co-founder of the production team 808 Mafia along with Lex Luger.

Luellen started to make beats at age 14 after he got his first computer.

Later, he was discovered by Waka Flocka Flame, an American rapper who released the hits – No Hands, Hard in da Paint, and O Let’s Do It.

He was also involved in Waka Flocka’s second album, titled – ”Triple F Life: Friends, Fans & Family.” In addition, he was involved in the production of Flockaveli 2.

During an interview with Vice, Luellen said about Flockaveli 2:

”Flockaveli 2 is crazy right now. We almost finished a couple of sessions on it actually.”

Southside went on to say:

In 2010, Southside co-founded the production team 808 Mafia with Lex Luger.

“I’m the greatest producer alive—at least one of them. I make movies with beats.”

In 2013, TM88 and Joshua produced the song “Tapout” by Birdman for the album – ”Rich Gang: Flashy Lifestyle.”

808 Mafia has produced tracks for the following rappers:

In December 2018, Joshua and Yung Miami have announced they part ways.

In 2019, Yung Miami said to Complex that she was pregnant and the Atlanta producer is the father.

Note – Yung Miami (real name – Caresha Brownlee) is an American rapper that has over 2.2 million followers on Instagram.

Yung Miami is part of City Girls, a rap duo who had a collab with Drake’s hit, titled “In My Feelings.” Also, Miami and JT are signed with Quality Control Music.

On August 6, 2019, Miami was the subject of a drive-by shooting in her hometown of Miami.  Yung Miami and her unborn child were not injured in the shootings.

In 2019, Kodak Black attacked Yung Miami in a freestyle. He rapped:

“Niggas do ANYTHING FOR CLOUT!!!!” I’m not entertaining no clown shit!!! Only thing I entertain is money! Period.”

Note – Kodak Black is an American songwriter, singer, and rapper who is best known for his singles No Flockin, Tunnel Vision, Roll in Peace, and Zeze.

In 2018, Kodak Black legally changed his name to Bill K. Kapri. On May 11, 2019, he was arrested and is facing federal and state charges.

”I’m one of the forefathers who changed the sound of hip-hop.”

During his childhood, Joshua was a very good baseball player, however, he abandoned playing basketball after suffering a bad concussion.

He credits the internet and modern technology to fulfill his passion for producing music.

Joshua earned most of his wealth from producing music for an array of rap artists. In addition, he released a few mixtapes on his own. Furthermore, Luellen earns some money from his YouTube channel. Therefore, Southside has an estimated net worth of $4.5 million.