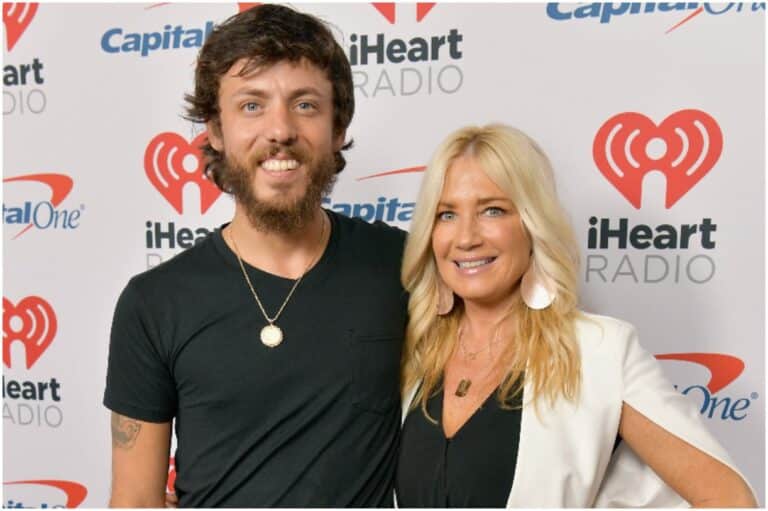 After high school, Janson moved to Nashville to pursue music.

In June 2009, he co-wrote and recorded two duets with singer-songwriter Holly Williams.

Later that year, Chris signed to BNA Records. In October, Janson released his debut single, ”’Til a Woman Comes Along.” It debuted at No. 56 on the Billboard Hot Country Songs charts. Chris co-wrote the song with Philip Eugene O’Donnell and Cole Deggs.

In January 2013, Janson signed to Bigger Picture Music Group. In the same month, he released a song titled – ”Better I Don’t.” Chris co-wrote the song with Kelly Roland and Pat Bunch.

On September 3, 2013, he released his self entitled debut EP via Bigger Picture Music Group.

On February 25, 2014, Janson released his second EP called – ”Take It to the Bank” via Columbia Nashville.

On September 22, 2017, Janson released the album ”Everybody” via Warner Bros. It has sold over 46,600 copies. The album reached number 53 on the Billboard 200 chart and number 7 on the US Country chart.

On October 18, 2019, he released his 3rd studio album, called – ”Real Friends” via Warner Records. The album has sold over 9,900 copies. It debuted at No. 12 on Billboard’s Top Country Albums. ”Real Friends” contains the singles Done and Good Vibes.

On July 4, 2010, Chris Janson got married to Kelly Lynn. Many speculate about the age of his wife, but, at the moment, this information is not released to the public.

They first met in 2007. ”I saw my wife for the first time nine years ago and called it right off the bat; I said I was gonna marry her,” Chris said in the Holdin’ Her‘s music video. He added: ”Three years later, I got the opportunity, and I did it.”

Kelly Lynn acts as his manager. In 2019, Janson said about his wife:

”The biggest epitome of ‘real friends’ is what you’re looking at right here with Kelly and I.”

During another interview, Chris said that Kelly ”is my best judge of music.” He continued: ”She gives me the real answers on the songs.”

”She’s my wife, my rock, my love, my brains behind my career, my manager, mother of my children & I celebrate her everyday.”

The couple has four children, two of whom are from Kelly’s previous marriage.

Chris said in his song “Holdin’ Her”:

”I didn’t know what life was about until I got married and walked into a house that was already a home with kids in it — my bonus kids.”

”I am not the same person on the street as I am onstage.” (Rolling Stone)

”If you ain’t got anything good to say
Then shut your mouth.”

”I love the seek and chase of finding cars and motorcycles online.”

Janson earned most of his wealth from selling his albums and EPs as well as tickets to his concerts.

Chris has charted nine singles on Country Airplay and Hot Country Songs. Some of his best singles are Buy Me a Boat, Cut Me Some Slack, Better I Don’t, and Til a Woman Comes Along.

He has recorded three full-length albums – Real Friends, Everybody, and Buy Me a Boat. Janson has also released three EPs, including – The Fix a Drink EP, Take It to the Bank, and Chris Janson.

Moreover, Chris also sells merch on his website – chrisjanson.shop.musictoday.com/store/. His YouTube channel has over 231 million views, meaning about $0.5 million in revenue. Therefore, Chris Janson has an estimated net worth of $6.5 million.

READ THIS NEXT: Who is El Alfa?