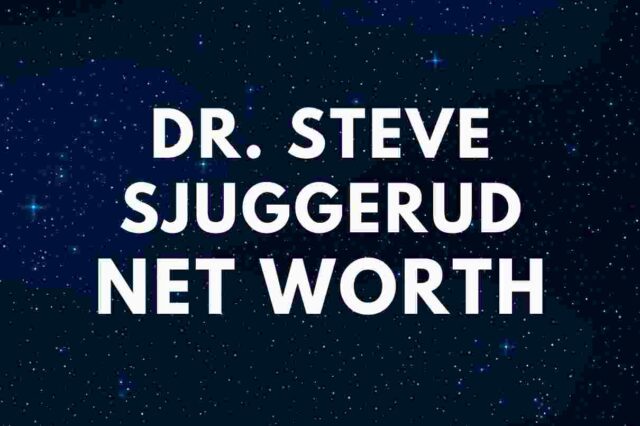 What is Dr. Steve Sjuggerud’s net worth?

Dr. Steve Sjuggerud is the founder of True Wealth, one of the world’s largest financial newsletters that provides advice for investment options.

There is not much information about Sjuggerud’s date of birth and childhood.

He holds a doctorate in finance — his dissertation covered emerging-market currencies.

In 2001, Sjuggerud joined Stansberry Research, a subscription-based publisher of financial research founded by financial author Frank Porter Stansberry. Frank is also the creator of the 2011 online video The End of America.

In 2004, Steve with D.R. Barton and Van K. Tharp published a book titled – ”Safe Strategies for Financial Freedom.” In the book, the authors detail how to take control of your financial life as well as whether you should be in or out of the market.

In 2005, Dr. Mark Skousen replaced Sjuggerud as Chairman of Investment U.

In 2016, Steve started True Wealth Opportunities: China. ”In my True Wealth China Opportunities letter, I show you exactly where to put money to work,” he wrote in June 2018. Sjuggerud continued: ”Our entire base-level portfolio is up nearly 50% since it launched in 2016.”

Dr. Steve Sjuggerud is married, but other details were not disclosed.

READ MORE: What is the net worth of Satoshi Tajiri?

”In my decades of studying and writing about the markets, one of the biggest lessons I’ve learned is that ‘up a lot’ does not mean ‘it’s expensive’ or ‘it’s a bubble.’”

”A great economy is typically bad for the stock market going forward.”

”Smart investors will hold on to stocks – even when the likely outcome is losing money for a decade.”

”My recommendations aren’t restricted based on what some brokerage firm says.”

”Learn first, and money will come – because you’ll know what you’re doing.”

”The median household income in the U.S. in 2013 was roughly what it was in 1978 when you adjust for inflation.”

”You can make a lot of money in the final stages of a bull market.”

”Whenever you find a big gap between perception and reality, you can often make a lot of money.”

”If I’ve learned anything over the years, it’s that the market will fluctuate.”

Steve has appeared in the media, including Forbes, the Wall Street Journal, Fox Business News, and Bloomberg.

In the early 2000s, Sjuggerud recommended buying gold. At the time, gold was trading around $320 an ounce. ”You should own some gold, even if it is purely to lower some of the risks in your investment portfolio, as gold and stocks often move in opposite directions. If you’re not there right now, it’s time make the move,” he said in 2006.

”If you own any gold – or were thinking about buying some – these are valid concerns,” Steve wrote in March 2020. He added: ”Lots of folks think of gold as a hedge against uncertainty. And that’s usually the case.”

Sjuggerud earned most of his wealth from working for Stansberry Research since 2001. There, he launched True Wealth, a program based on the idea that you don’t have to take big financial risks to make big returns.

Therefore, Dr. Steve Sjuggerud has an estimated net worth of $10 million.

READ THIS NEXT: Who is John Assaraf?