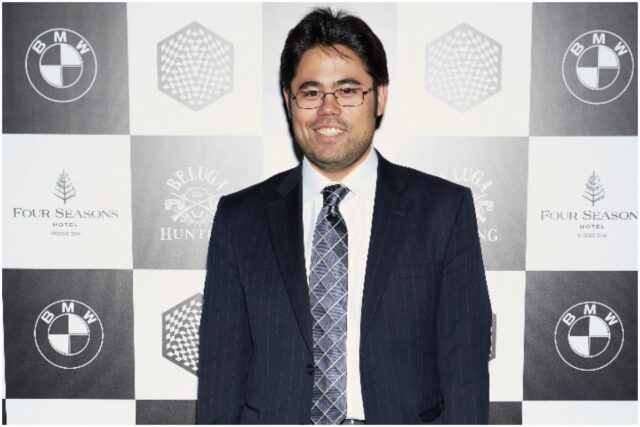 What is Hikaru Nakamura’s net worth?

He was born on December 9, 1987, in Hirakata, Osaka Prefecture, Japan, to an American mother, Carolyn Merrow, and a Japanese father, Shuichi Nakamura.

Hikaru and his family moved to the US when he was two years old.

Nakamura began playing chess at the age of seven.

At age 10, Hikaru became the youngest player to achieve the title of chess master from the US Chess Federation.

In 2005, Nakamura won the US Chess Championship.

In October 2007, he won the Magistral D’Escacs tournament in Barcelona.

In 2009, Hikaru won the U.S. Chess Championship. Later that year, he appeared in ”Changing of the Guard: The 2009 U.S. Championship,” a documentary for chess enthusiasts.

On September 3, 2009, Nakamura published a book titled – ”Bullet Chess: One Minute to Mate.”

In November 2010, he made his debut at the World Blitz Championship in Moscow.

In 2011, he won the Tata Steel Grandmaster A tournament in Wijk aan Zee, a small village in the province of North Holland of the Netherlands.

In 2012, Hikaru won his third US championship by a full point over Gata Kamsky.

In February 2016, Hikaru won the Gibraltar Chess Festival, a chess tournament held annually at the Caleta Hotel in Gibraltar. In September, he was part of the US team that won the 42nd Chess Olympiad.

In March 2019, he won his fifth US Chess Championship.

He started 2020 as the top-ranked blitz chess player in the world. In 2020, he appeared as himself in one episode of the TV series ”Billions.”

On August 27, 2020, he joined Team SoloMid, an esports organization founded in September 2009 by Andy “Reginald” Dinh.

”TSM’s signing of Hikaru comes as a result of the hard work and careful planning that Hikaru and Chess.com have put into the chess category over the last several years,” said Chess.com Director of Business Development Nick Barton.

In March 2022, he won the Bullet Chess Championship.

In 2020, Nakamura took the Mensa online IQ test and scored 102 (100 is considered the population average). This definitely isn’t his true IQ since Hikaru took the Mensa test on stream and didn’t seem to have much focus. Here is the video.

”I love chess, but if you’re just obsessed with that one thing, eventually you will go a little bit insane.” (Chess)

”Living my best life, even if it is complicated!”

”I think in general, when you play chess on the internet its not serious competition, so the goal is to have a good time.”

”I think it’s easier to just play rapid even when you’re tired than it is to play classical chess.” (Chess24)

For about one year, Hikaru was trained by Russian chess grandmaster Garry Kasparov. ”The greatest chess player ever is sort of an opportunity you can’t turn down,” said Hikaru Nakamura about working with Kasparov.

His YouTube channel has over 293 million views, meaning about $1 million in revenue before taxes. Nakamura also makes money from sponsors, including DoorDash, Chess.com, and RedBull.

His GMHikaru Twitch channel has over 1.3 million followers.

Hikaru appeared as himself in one episode of the Showtime series ”Billions.”

Therefore, American chess legend Hikaru Nakamura has an estimated net worth of $5 million.

READ THIS NEXT: Who is Optic H3cz?