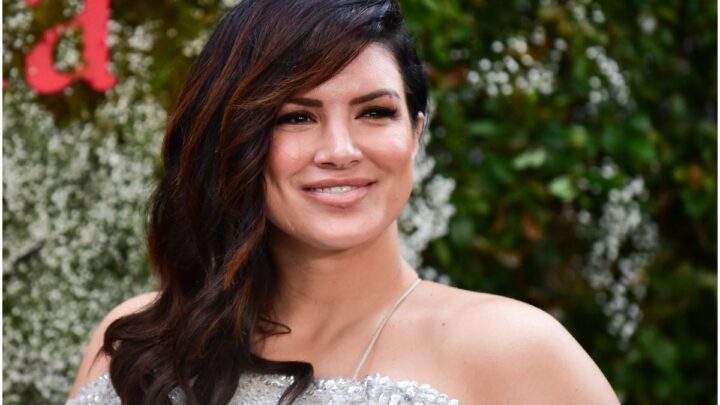 Gina Carano is an American actress and former mixed martial artist in the MMA. She played Cara Dune on The Mandalorian.

Her father is a former professional football player who played for the Dallas Cowboys.

She majored in psychology at the University of Nevada, Las Vegas.

At age 21, Carano began training in Muay Thai with Master Toddy in Thailand. Her Muay Thai record is 12–1–1. ”I enjoy Muay Thai much more than any sport I have ever played,” Carano confessed in 2007. ”It has done so much for me as a person, and if it all ended tomorrow, I wouldn’t regret a second of it.”

On December 8, 2006, she defeated Elaina Maxwell at Strikeforce: Triple Threat via unanimous decision.

On May 31, 2008, Gina won a fight against Kaitlin Young at EliteXC: Primetime. ”I knew she was going to come in exactly how she did, so I think that might have helped me in my mental preparation for this fight,” she declared about Young’s strategy following the match.

In 2008, Carano was ranked on the “Top Ten Influential Women” list on Yahoo and the ”Hottest Woman In America” by Big Biz Magazine. In the same year, Carano was a contestant on American Gladiators.

In August 2009, Gina lost a fight against Cris Cyborg in Strikeforce: Carano vs. Cyborg via TKO. The event had more than 576,000 viewers on Showtime.

Also in 2009, Carano made her film debut in ”Blood and Bone” with Michael Jai White.

In April 2012, she received the first Chuck Norris Award for the best female action star.

In 2016, she portrayed Angel Dust in Deadpool.

In 2019, Carano began appearing in the series ”The Mandalorian” as rebel soldier Cara Dune. 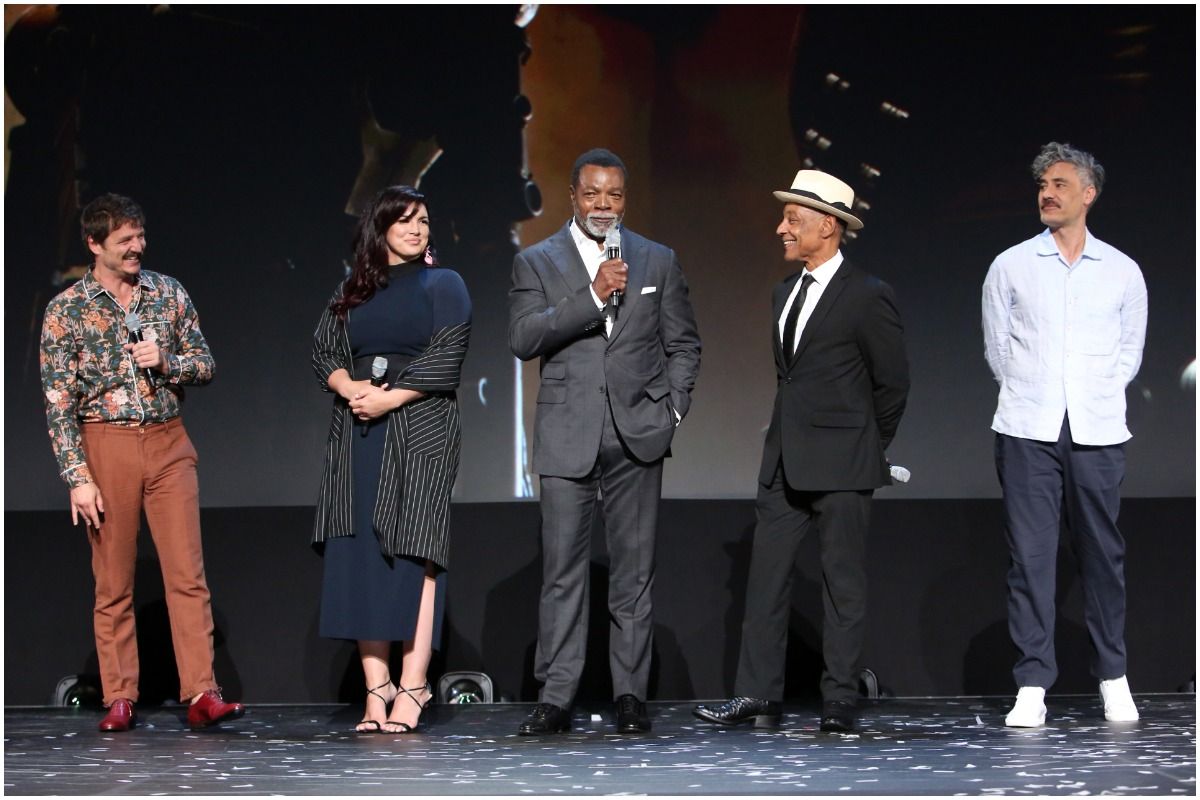 ”The Mandalorian is the most secretive thing that I’ve ever been a part of,” she told IndieWire in early January 2021.

In February 2021, it was announced that Gina was dropped from The Mandalorian. Lucasfilm said in a statement: ”Gina Carano is not currently employed by Lucasfilm, and there are no plans for her to be in the future.”

Who is Gina Carano’s boyfriend?

From 2013 to 2014, Gina dated Henry Cavill, an English actor known for his role as Geralt of Rivia in the Netflix fantasy series The Witcher. 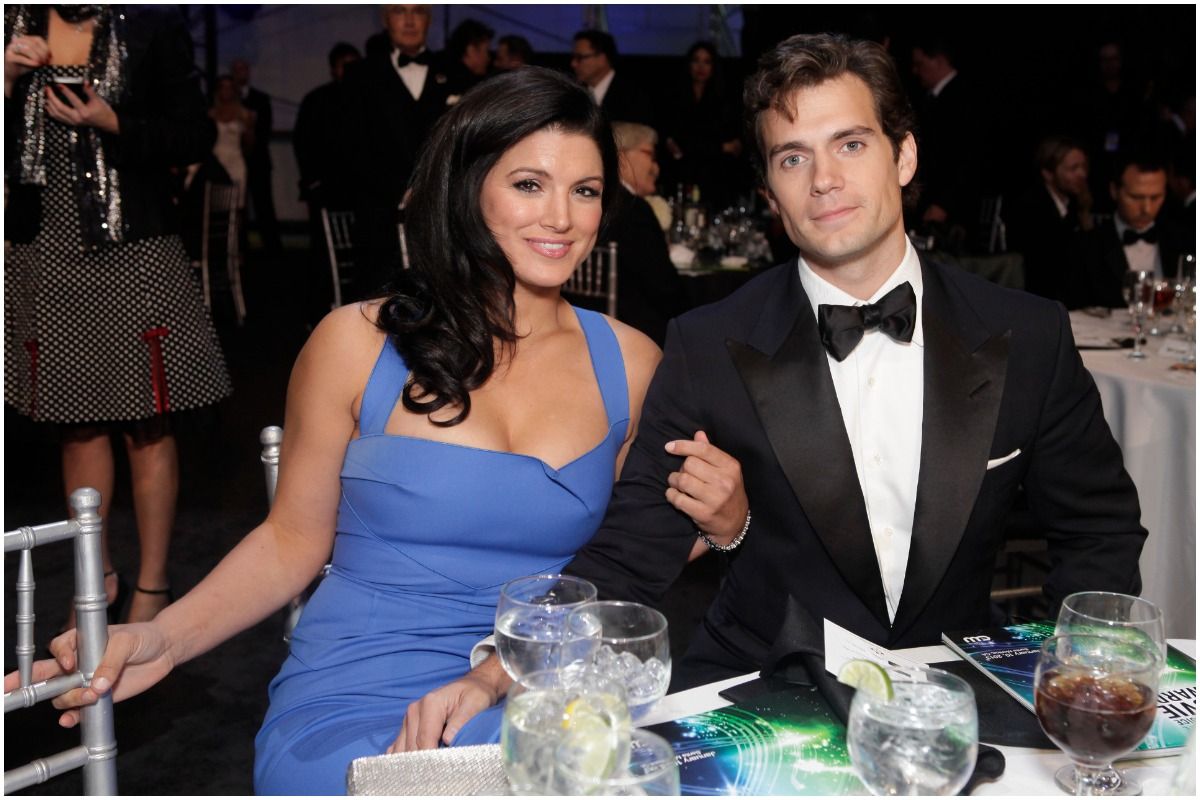 They previously dated in the 2000s. ”For those of you that don’t know, we dated for 4 years, were broken up for a decade, then got back together on the 14th anniversary of the day we met,” Ross said. 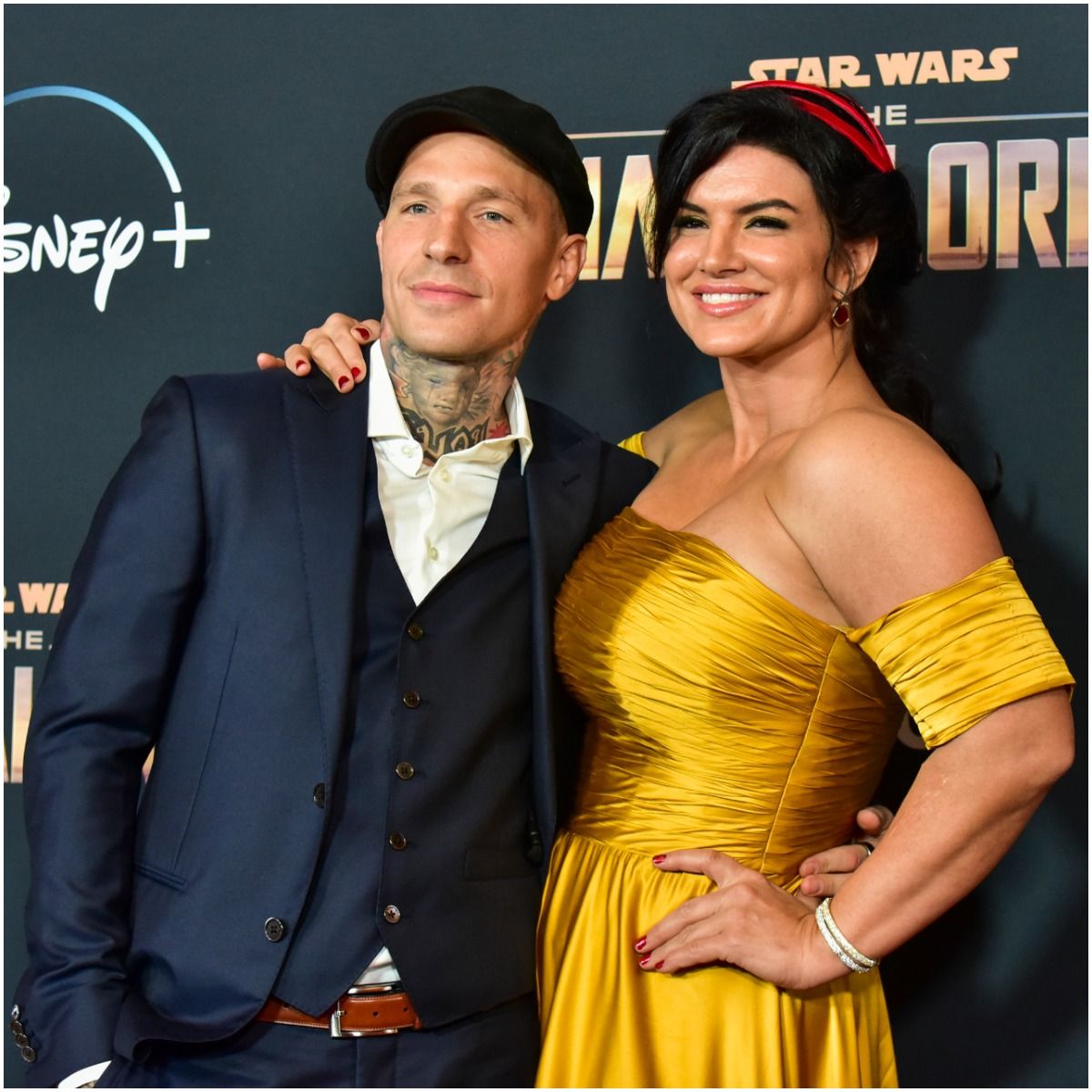 ”When we were dating, we used to beat the crap out of each other,” Gina told Las Vegas Sun in 2009. She went on to say: ”It would be pretty funny to watch because I’d get emotional and try and knock his head off, and he would have to gently put me in my place.” 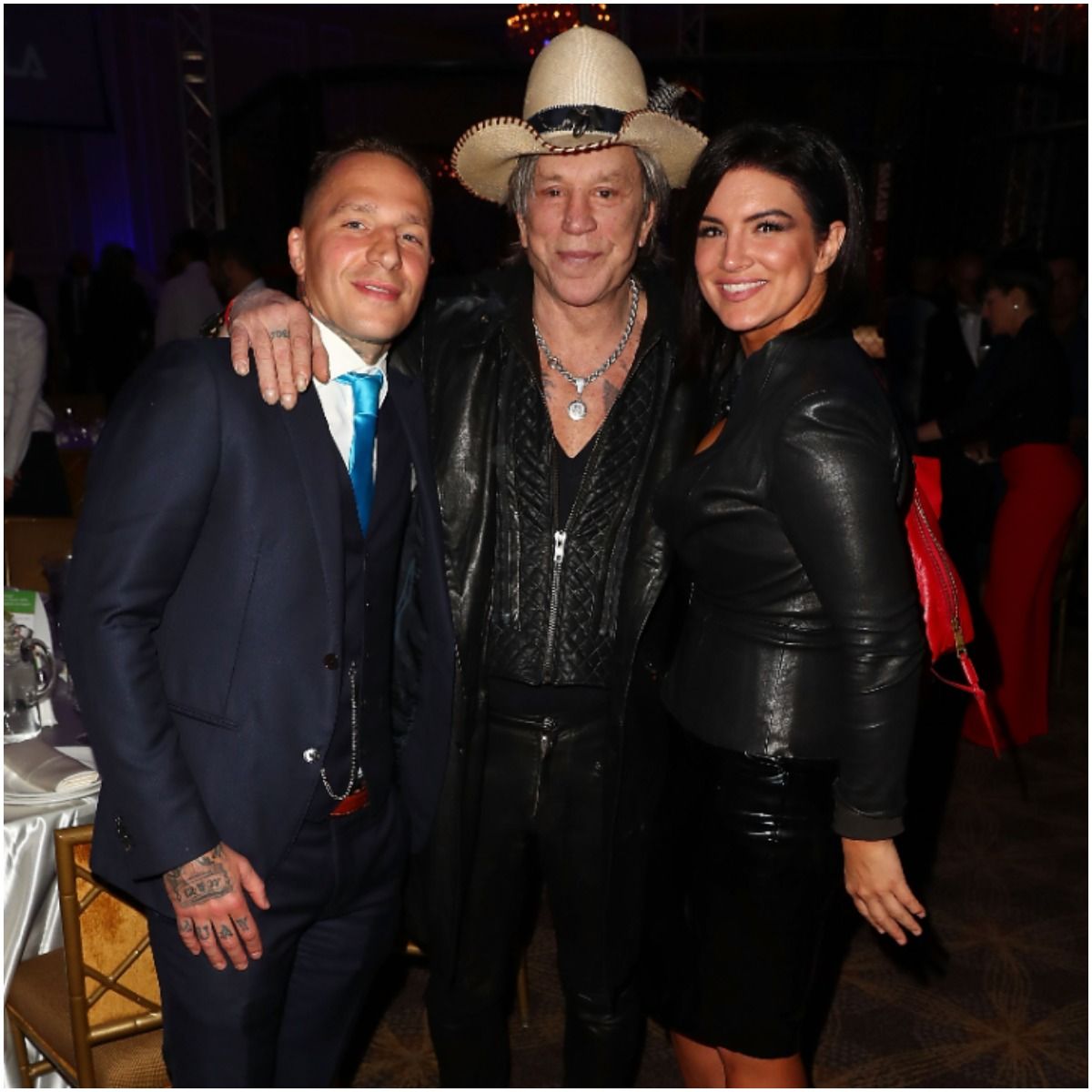 ”Pick yourself up and keep moving forward. You are not alone.”

”Every loss and win has made you exactly who you are at this moment.”

”I bring the fire out in people. I’m not sure why.”

”I make it a point to constantly remind myself throughout this journey who I am, what I am doing, and why.”

Gina has a birthmark on her left eye, which gives the impression of a black eye.

She performs her movie stunts on her own. ”When I tell people I’m an actress, they’re like, ‘Do you do stunts?’ because I don’t look like the average actress – I’m not a sample size,” Carano once said. 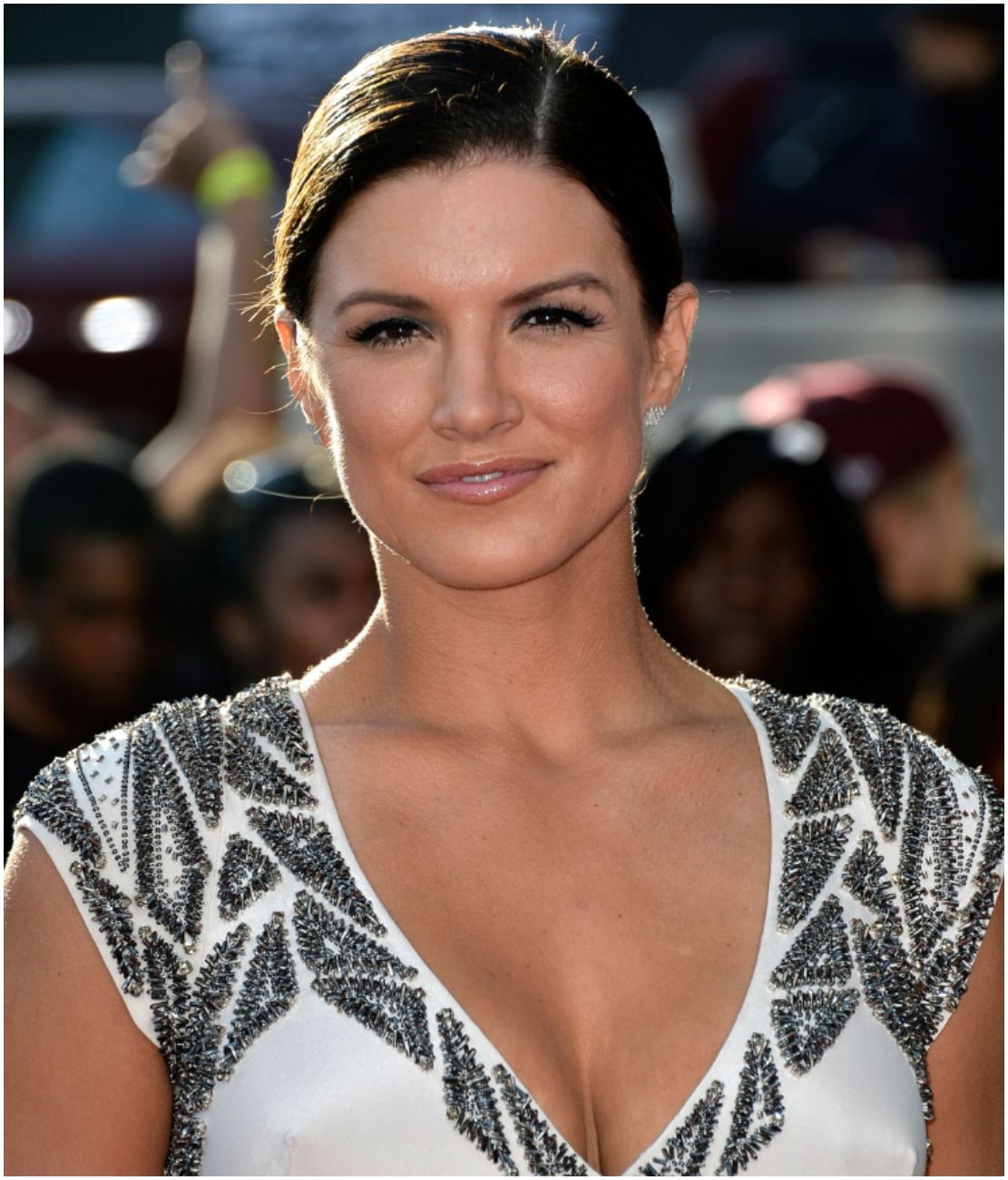 Carano earned most of her wealth from her MMA career, where she competed in Strikeforce and EliteXC.

At some point, she was nicknamed the “face of women’s MMA.”

Her grandparents sold the Ferrari-Carano Winery in 2020 in a deal estimated to be worth $250 million.

Her family is a major shareholder in Caesar’s Entertainment. The company was bought by Eldorado for $18 billion in stock and cash.

READ THIS NEXT: Who is Michael Oher? 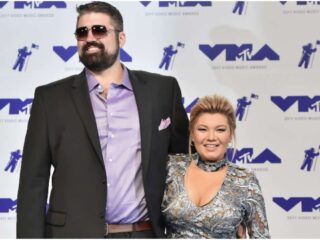