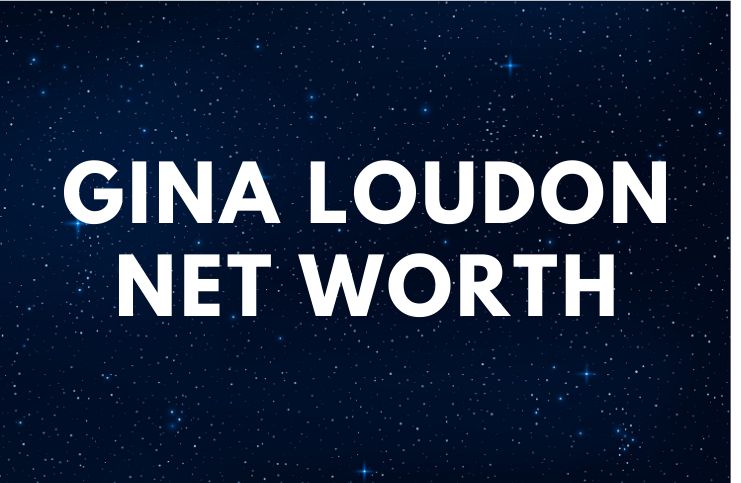 Gina Loudon, Ph.D. is an American news commentator, show host, anchor, and author, who was an official spokesperson for Donald Trump during his Presidential Campaign.

Loudon is the co-chair of Women for Trump 2020. In 2016, conservative journalist Andrew Breitbart called her “an official troublemaker.”

Loudon was born on March 21, 1962, in Missouri, USA. She grew up close to the Ozark mountains in Missouri.

She studied psychology, communications, and design at William Woods University.

Gina has a Ph.D. in human and organization systems (a subset of psychology) from an online school called Fielding Graduate University. In 2018, The Daily Beast reported that Gina’s book falsely described her as having a Ph.D. in psychology.

On October 8, 2018, she filed a libel suit against The Daily Beast in NY County Supreme Court.

”We’re hoping the judge takes a stance and says no, you can’t just write whatever you want without even caring about the truth and veracity.”

Since 2015, she hosts America Trends, a television show that airs on cable networks as well as Amazon and ROKU.

She hosted a radio talk show on WYDE-FM in Alabama and KJSL in St. Louis, Missouri.

In 2016, Loudon was an official spokesperson for the campaign of Donald J. Trump for President.

In the same year, Gina was named Top 50 Best Conservative Columnists as well as one of the 10 Hottest Women in New Media.

In 2014, she co-authored an audiobook, titled “What Women REALLY Want.” The audiobook empowers women to be able to make a difference in the world.

On September 4, 2018, Loudon released another book, called – ”Mad Politics: Keeping Your Sanity in a World Gone Crazy.” In the book, she explains the problem with the US’s status quo politics. Dr. Gina said about her book:

”My book actually uses science and real data and true psychological theory to explain why it is quite possible that this president is the most sound-minded person to ever occupy the White House.”

Samuel is adopted and has Down syndrome. She wrote on Fox News:

”Samuel was born to a Latino man and a Polish woman in a large public hospital in Florida.”

Loudon went on to say:

”Today Samuel’s birth mom is one of my very best friends.”

He is a Cuban-American actor who is best known for his roles as the retired Mossad agent Avi Rudin in Ray Donovan as well as the drug cartel leader Eladio Vuente in Breaking Bad. In addition, he performed in AMC’s prequel Better Call Saul in 2017.

Bauer has been married four times, including to actress Melanie Griffith.

After she found out about their relationship, Gina said:

”Ultimately, for me, it all came down to one thing. I had one job to do, one thing that mattered more than anything else: loving my daughter.”

Steven Bauer said in an interview:

”Lyda and I have faced criticism, but not from anyone interesting.”

”My family [Bauer has two children] loves her and she loves them.”

”I worked hard to help create a grassroots movement that cd support a candidate, then worked as hard as I could when I found the right candidate.”

”Today is a gift. How will you celebrate?”

“My gut instincts, which have nothing to do with my professional training, are pretty solid.”

In 2019, Loudon praised Donald Trump during an interview on the show YourVoice™ America hosted by Bill Mitchell.

”He has been the women’s president. This president has done more for women – it’s unparalleled.”

Loudon has written for WND.com, Townhall.com, FOX News.com, and Breitbart.

Gina is a certified hypnotherapist.

Loudon earned most of her wealth from working as a radio talk show host, television host, official spokesperson for Donald Trump Presidential Campaign, and selling her book Mad Politics (especially on Amazon). Therefore, Gina Loudon has an estimated net worth of $1.7 million.