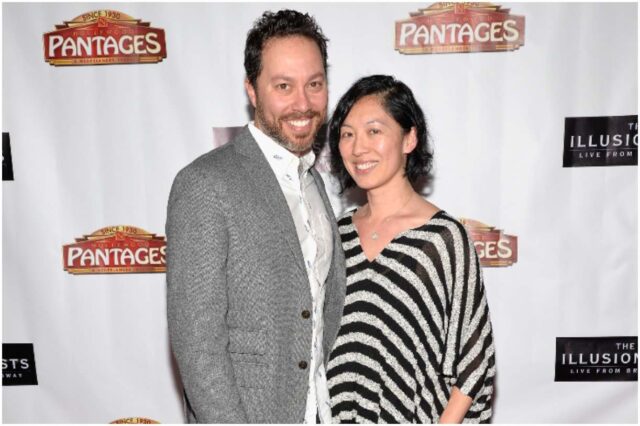 Sam is also a cast member of the web series ”Critical Role.”

Riegel grew up in Washington, D.C. and New York City as the brother of actress Eden Riegel and film editor Tatiana Riegel.

As a child, Sam went on to act in several Broadway plays and appeared in the Kennedy Center production of Les Misérables.

Riegel graduated from the University of Virginia, where he performed with a vocal group called The Academical Village People.

All Work No Play

In 2012, Sam teamed up with Liam O’Brien, another voice actor, to anchor the All Work No Play podcast.

During the podcast, the two talk about work, life, and play, including when they received an invitation from Matthew Mercer to play Dungeons & Dragons.

He makes up half of the online comedy duo “Riegel and Blatt.”

They met at the University of Virginia and sang in an award-winning a cappella group, ”The Academical Village People.”

Sam is on the show “Critical Role,” a live-streamed Dungeons and Dragons game on ”Geek and Sundry.”

In ”Critical Role,” Sam is known for playing the characters Taryon Darrington, Scanlan Shorthalt, and Nott.

In 2018, his contribution to the success of ”Danger & Eggs” earned him a Daytime Emmy Award in the category of ”Outstanding Directing in an Animated Program.”

”As an Emmy winner, I’m looking forward to… learning about the nominees because … Honestly, I just wanted to brag about winning an Emmy,” he tweeted at the time.

Sam Riegel is married to Quyen Tran, a Vietnamese-American cinematographer who worked on many TV series and movies, including the HBO drama ”Mogadishu, Minnesota.”

On September 11, 2001, the couple witnessed the attacks on the World Trade Center.

Sam captured video footage that was featured in a few documentaries.

The pair has two children.

Some of his voice acting roles are:

In 2020, Variety reported that Sam will be part of a new series coming to Amazon Prime Video.

”We couldn’t have dreamed up better partners for this animated series,” Willingham and Riegel stated.

”We know we need to deliver a top-notch show that will be exciting for fans and non-fans alike.”

”Looking back, it’s [Critical Role] the best thing that ever happened to any of us professionally.”

”The best part about Critical Role is the community.”

On Talks Machina, Brian Wayne Foster likes to “#ThankMyGuests” with names that are either wordplay that sounds close to their names or mispronounced. Here are several names for Riegel so far:

Riegel earned most of his wealth from voice acting in more than 393 movies, video games, and television series.

For instance, Sam voiced Mephisto Pheles in the Blue Exorcist series, Taniguchi in The Melancholy of Haruhi Suzumiya, Sumner Sturgeon in Eureka: Eureka Seven Hi-Evolution, Shiro Emiya in the Fate/stay night series, Array in Lagrange: The Flower of Rin-ne, The Ghost and Molly McGee, Teddie in Persona 4: The Animation, Phoenix Wright in the Ace Attorney video game series, and Donatello in the Teenage Mutant Ninja Turtles series.

In addition, Sam is a cast member of Critical Role. He also hosts the podcast ”All Work No Play.”

Therefore, American voice actor Sam Riegel has an estimated net worth of $2 million.

READ THIS NEXT: Is Eric Andre dating?