What is Desus Nice’s net worth?

Desus Nice (real name – Daniel Baker) is a Jamaican-American comedian, Twitter personality, YouTube personality, and TV personality who is best known as a co-host of Viceland’s Desus & Mero alongside The Kid Mero.

“Later on, I ran back into him online and we hooked up.”

He was born in The Bronx, New York, USA. Both of his parents were immigrants from Jamaica.

Along with his sister and the other two siblings, Daniel grew up in the Wakefield section of The Bronx. During an interview, he said about his childhood:

”Dinnertime would be like high school, when you’re walking down the hallway and you just want to get to class because these people gonna roast you.”

Baker earned a degree in literature from the College of Mount Saint Vincent.

In 2013, Desus and The Kid Mero connected on Twitter. They launched the podcast that they recorded sitting on milk crates.

In December 2014, MTV announced that Baker and Martinez would be joining the cast of Guy Code (an American reality comedy television series that debuted on November 15, 2011) for season 5.

After building a relationship with MTV and MTV2, they appeared on other shows, including ”Joking Off” and ”Uncommon Sense.”

On September 12, 2015, they released the first episode of The Bodega Boys podcast. Desus said:

“People say, ‘Your show is like overhearing two guys in a bodega.’”

“That’s the feel we want it to have; a couple homeboys chilling. You can’t get enraged when we make some off-the-wall comment — it’s not NPR!”

During another interview, he remembered:

”When we started the show, I had two pairs of sneakers.”

Baker went on to say:

”Cause I worked an office job and all I could wear were dress shoes, which is like a totally different world. And now I easily have over 500 sneakers. I have a sneaker room.” 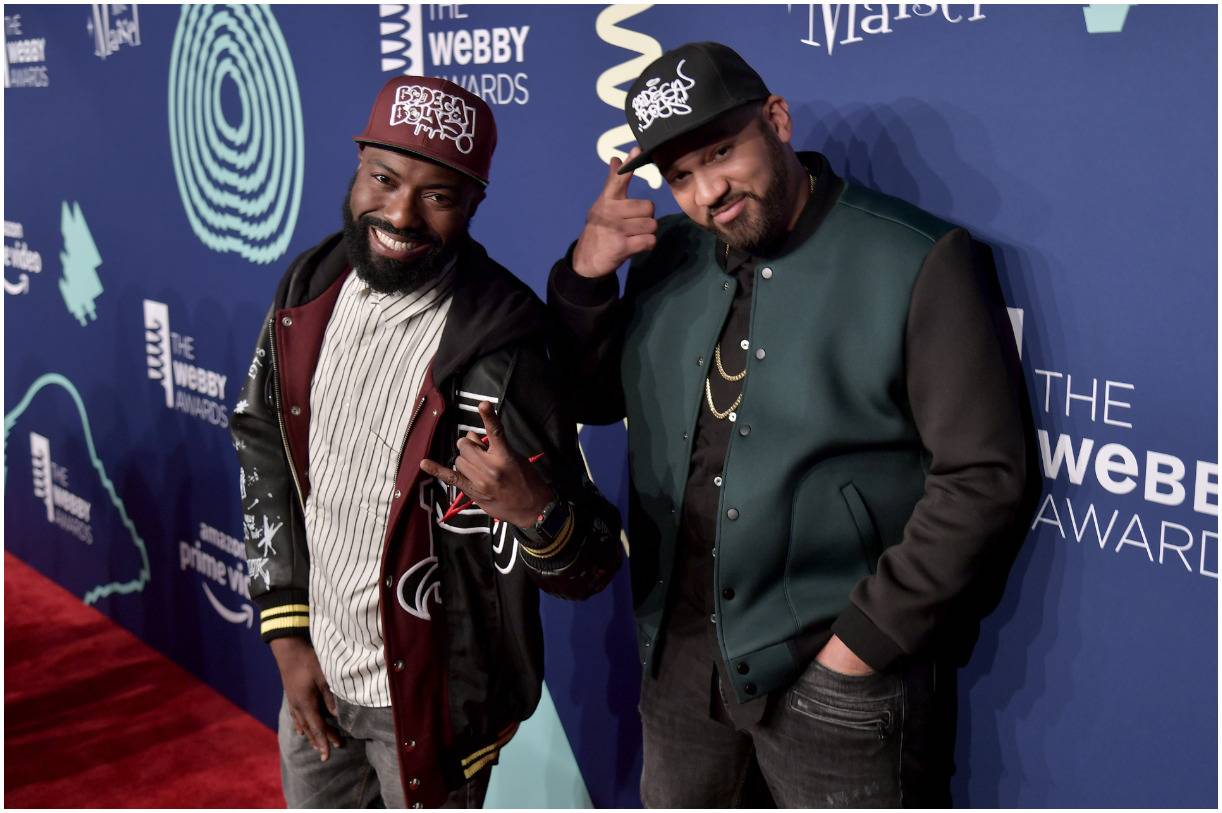 On August 30, 2016, Viceland announced Desus & Mero show. It stood out in a Viceland landscape full of shows about growing weed, eating weed, and smoking weed. The show was produced by Erik Rydholm and developed by Nick Weidenfeld.

The half-hour show premiered on October 17, 2016, and ran Monday-Thursday.

“[I]n a landscape in which black people dominate the culture but have few recognized channels to respond to it, the show, which stars two American black men, provides a venue for black authority in the mainstream.”

“That’s ’cause all my good Jamaicans are working right now.”

One interesting fact is that Vice supposedly canceled the show as soon as Baker and Martinez announced their move to Showtime.

“We did not leave Vice, Vice ended our contract. They were in their feelings because we were leaving.” 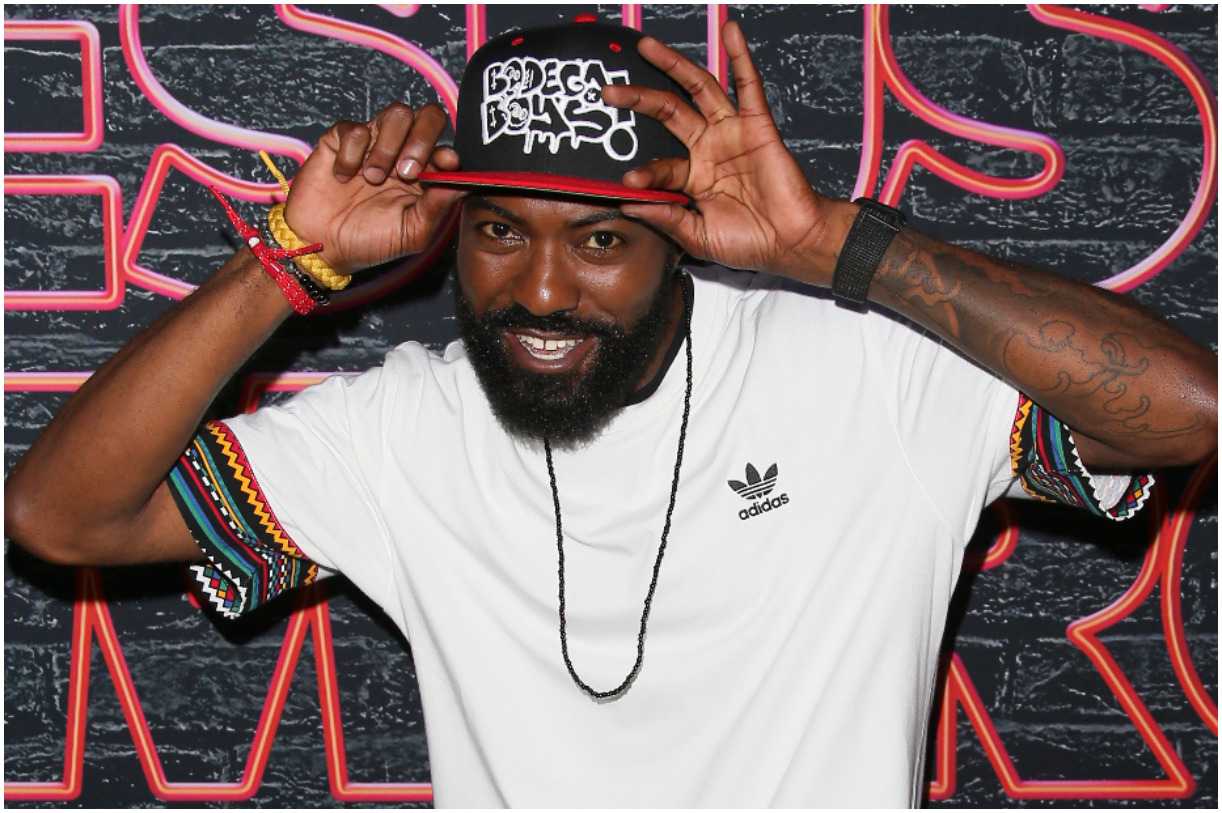 At some point, Daniel and Mero realized the necessity of self-censoring some of their jokes, especially the jokes which would have flown on the podcast, particularly since their producers at Showtime have been hands-off. Daniel said:

“They give you enough rope that you could hang yourself.”

In a different interview, he talked about being tired. In his words:

“When we feel tired and don’t want to do it anymore. It’s like, well, what were we doing before this?”

”Do you want to go back to doing that? The answer is no? Get back in the studio.”

Desus Nice is not married. Also, there is no information about Desus’ girlfriend.

“People generally have this idea that if you’re from the Bronx, you’re uncultured.”

“There was no Bronx representation on TV, so people embraced us.”

He wrote blog posts with titles such as – “Free Verizon Webinar on Offering Leadership Principles for Small-Business Owners” for Black Enterprise (a magazine that focuses on African-American business owners) while simultaneously working at Desus vs. Mero podcast.

His ability to fix his family’s computer when he was young earned him the nickname “Jesus,” that Daniel changed to ”Desus” to reflect his first name.

Desus goes by several aliases on the Bodega Boys Podcast, including:

These aliases are based on references to hip hop, sports, and pop culture.

In August 2019, Desus and Mero will host the 35th annual TCA Awards.

Moreover, Daniel and Martinez have 350 million views on YouTube, meaning about $1 million in revenue before taxes.

Therefore, American comedian Desus Nice has an estimated net worth of $2 million.

READ THIS NEXT: Is David Packouz married?