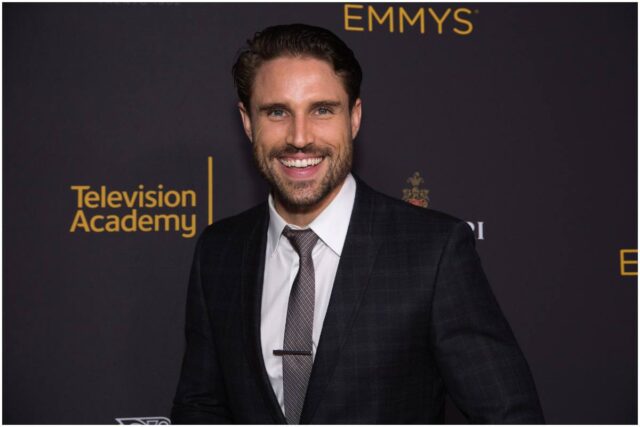 James O’Halloran is an Australian model and actor who won the first-ever nationwide search for a male model on ‘The Price is Right’ hosted by Drew Carey.

O’Halloran began his acting career in Australia, starring on Never Tear us Apart, Offspring, and Twenty Something.

On October 20th of 1984, James O’Halloran was born in Melbourne, Australia.

In a recent Mother’s Day Facebook post, James mentioned his own mother handled pregnancy nine times, so we can assume he has about 8 siblings.

While still living in Australia, James got into a couple of different acting gigs.

He also acted in the Australian miniseries “INXS: Never Tear Us Apart.”

After getting his start in his homeland, James packed up and moved to the United States in 2014, landing in the star-studded city of Los Angeles.

The Price is Right

The same year that he moved, he entered into The Price is Right’s nationwide search for a male model.

Shocking everyone (including runners-up Jay Byars and Jonathan Morgan), the rookie won and was cast as the gameshow’s second male model in history!

To this day, O’Halloran models on The Price is Right!

You can see some highlights from his years on the show on his Instagram account. However, this opportunity only kickstarted the rest of his career.

James has landed roles in the movie Cynthia, the movie Deadly Crush, The Late Late Show’s “Take a Break” segment with James Corden, the show The Young and the Restless, Sharon Osbourne’s show The Talk, the show Notorious, the show The Catch, the show Criminal Minds: Beyond Borders, and plenty more.

In his early days in the United States, trying to make things work, he had a job as an industrial designer for around 3 years. However, he has now been able to quit that job to focus on acting and modeling.

He and his family live full-time in LA, but he owns a home in Australia as well.

In his free time, James likes to stay fit by going to the gym, kickboxing, and doing yoga.

He also likes to travel with his family and hang out with the family dog.

James is an avid motorcycle rider and lover! James has a treasured Triumph Thruxton 900 cafe-racer-style motorcycle that he spends a lot of time taking care of and riding.

You can find videos of James tinkering with different musical instruments like the drums, a guitar, and even his voice on his social media profiles!

He appears to be a true creative-minded guy with a knack for all things arts.

In 2019, James’ father passed away after a 16-year battle with prostate cancer.

James is grateful his father was there for his wedding but is sad that he never got to meet his grandson. It appears from several social media posts that James and his father had a very close and special friendship.

Note – Jaimee Gooley received a degree in dietetics and nutrition from Monash University in Melbourne, one of Australia’s leading universities. It ranks among the world’s top 100.

In 2014, she moved to Los Angeles. Currently, Jaimee works at Sabino Recovery.

”My mission as a nutrition professional is to help my clients develop a healthy and balanced relationship with food and to learn to honor and trust their bodies.”

”A drunk guy (not me) kept unwelcomely approaching Jaimee, so she turned to me and said, ‘Save me from him.’ The rest is history,” O’Halloran explained.

There was instant chemistry, and the two hit it off quite well!

O’Halloran and Jaimee went on to date for a while before they eventually got married.

When they got married, James wrote on his Twitter account: ”The most meaningful and memorable day of my life. Celebrating my love for my wife, Mrs Jaimee Gooley/ O’Halloran.”

The O’Hallorans were a party of two for several years, until recently, Jaimee found out she was expecting!

The couple handled pregnancy well, and James posted a lot about how tough his wife is.

The couple took a “babymoon” trip to Haleiwa, Hawaii before the baby was born.

Sometime in the summer of 2021, baby Max O’Halloran was born. To no one’s surprise, he’s as cute as a button.

If you ask James, he really has two children, as he often refers to baby Max and his dog, Sunny, as “the kids.”

From his social media, it is clear that James and his pup have a special bond.

One year, James and Jaimee even made custom Christmas sweaters that featured Sunny dressed as Santa. James and his dog love to hike, run, garden, swim, nap, and even travel together.

”Sarcasm is the best.”

”Every man must decide whether he will walk in the light of creative altruism or in the darkness of destructive selfishness.”

”Working on a new feature film, which unfortunately due to the confidentiality agreement I can say much about… other than it’s going to be a lot of fun!”

READ MORE: All You Need To Know About Erin Moran

READ MORE: Who is David Spade?

O’Halloran earned most of his wealth from working on the television game show – ”The Price is Right.”

O’Halloran’s salary there was not released to the public, but a model that works for ”The Price is Right” earns around $120,000 per year.

James has starred in several movies and TV shows, including – Good People, The Mindy Project, and Single Parents.

Before becoming an actor, James was an industrial designer.

Therefore, Australian actor James O’Halloran has an estimated net worth of $2 million.

READ THIS NEXT: Sam Riegel Net Worth