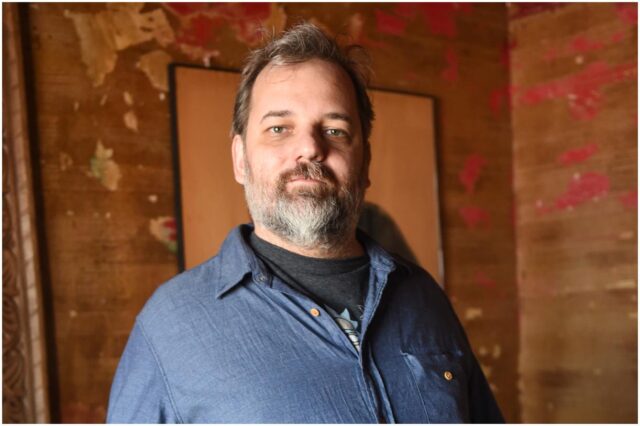 Dan Harmon is an American writer, producer, and actor who is best known as the co-creator of Channel 101 and the Adult Swim animated series – ”Rick and Morty.” He also has a weekly podcast, named – ”Harmontown.”

He started his career in the entertainment industry by being part of the improvisational comedy organization ComedySportz Milwaukee.

In 1999, he co-created the TV pilot ”Heat Vision and Jack” (starring Jack Black and Owen Wilson). The pilot gained an online following and became a cult classic, even if the show was not picked up by FOX.

Dan was the executive producer, creator, and a featured performer in Acceptable.TV. The television program aired on VH1 from March 23 to May 11, 2007.

In 2009, he created Community, a comedy TV series that was inspired by his own community college experiences. It aired on Yahoo! Screen and NBC from September 17, 2009, to June 2, 2015.

Justin and Dan first met at Channel 101, a short film festival in LA that was co-founded by Dan.

The animated series has been described as “a never-ending fart joke wrapped around a studied look into nihilism.”

Dan hosts a weekly live comedy podcast, named – ”Harmontown.” The podcast began airing on June 6, 2012. It has featured many guest appearances, including:

In January 2018, writer Megan Ganz (now a writer and producer on ”It’s Always Sunny in Philadelphia”) told Harmon that she is willing to forgive him for the abuse and harassment she suffered while working for him on comedy TV series Community. Later, Dan apologized on Twitter. He also said:

“The most clinical way I can put it in fessing up to my crimes is that I was attracted to a writer I had power over because I was a showrunner.”

Also in 2018, Harmon apologized after a bad joke dating back to 2009 that went viral on social media. The video showed Dan breaking into a house and abusing a baby doll.

The video resurfaced on 4chan and was spread by Reddit page The_Donald.

“In 2009, I made a ‘pilot’ which strove to parody the series Dexter and only succeeded in offending.”

”I quickly realized the content was way too distasteful and took the video down immediately. Nobody should ever have to see what you saw and for that, I sincerely apologize.”

“The offensive content of Dan’s 2009 video that recently surfaced demonstrates poor judgment and does not reflect the type of content we seek out.”

”Dan recognized his mistake at the time and has apologized.”

During a recent interview, Dan said:

“I started looking up these symptoms, just to know what they are.”

Harmon went on to say:

”And the more I looked them up, the more familiar they started to seem.”

Note – Asperger syndrome is a pervasive developmental disorder that was first described by Hans Asperger in 1944. Adults with Asperger’s are much more likely to have suicidal thoughts. The prevalence of AS is estimated to be 2-3 per 10,000.

Note – Erin McGathy is a podcast host and comedienne who performed at the Upright Citizens Brigade in 2007. She first gained fame as the host of This Feels Terrible. Erin is also the co-host of Human Conversation with Wayne Federman.

Dan has since dated Cody Heller. The two are now engaged.

”Everything human is better than everything that isn’t human.”

”The only cure is getting through it, looking back and realizing all of that extra time was wasted.”

”I’ve never done well when I am being appreciated.”

”Every season you feel like your job is never the same. My answer is getting increasingly confusing.”

“Self-destruction is a control freak’s way of monopolizing their own fortune.”

In July 2009, he was nominated in two Emmy categories.

He is a follower of Joseph Campbell, an American professor of literature who worked in comparative religion and comparative mythology.

Harmon earned most of his wealth from creating the comedy TV series ”Community” as well as from the adult animated sci-fi comedy series ”Rick and Morty.” Also, he made some money from his podcast and royalties from his published book. Therefore, Dan Harmon has an estimated net worth of $6 million.

READ THIS NEXT: Trixie Mattel Net Worth