Jessie Moses is the wife (or fiancée) of Jon Jones, an American professional mixed martial artist, who is signed with the Ultimate Fighting Championship.

Moses now describes herself as a full-time mommy to their children.

Jessie graduated from Broome Community College in Binghamton, New York, in 2009 with a major in political science.

Jessie Moses and Jon got engaged in 2013.

It’s unclear whether Jon and Jessie are husband and wife since they never officially announced their wedding. However, Jon has called Moses, his wife and his fiancée on social media and in interviews.

When he spoke with renowned podcaster Joe Rogan, Jon said that Jessie is his wife.

In 2018, he defeated Gustafsson in the 3rd round to win the UFC Light Heavyweight Championship. 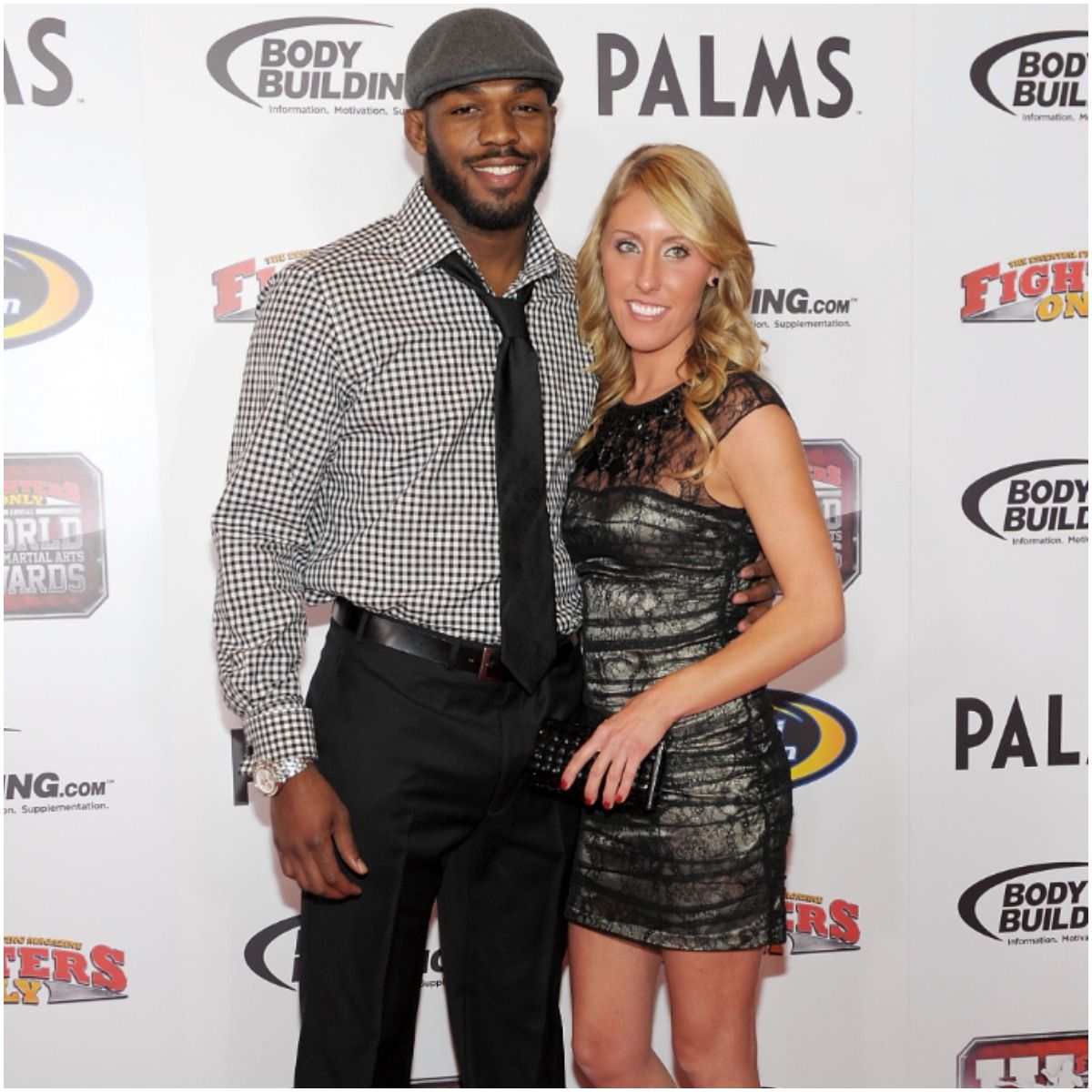 On August 8, 2012, Jon became the first mixed martial artist to be sponsored by Nike. About two years later, he signed a sponsorship deal with Reebok.

Jones has been suspended three times for a drugs ban and a hit and run case.

In a 2014 interview, Jon said about his relationship with Moses:

Jones went on to say:

In another interview, Jon said that he does not sleep with Moses during the month before a UFC fight.

In September 2021, Jon was arrested in Las Vegas yesterday for domestic violence.

In February 2022, Jones announced (via a now-deleted tweet) that Jessie had left him.

The couple has three daughters:

Jon also has a daughter born before Leah.

In a 2010 interview, Jones confessed that it is hard being away from his children. He said:

“With the girls being such a young age, not seeing them for even two weeks I miss out on a lot.”

“They change so much in that short amount of time. We Skype every day. I make funny videos for them to see daddy.”

“Shout out to my girl Jessie Moses for going 3 for 3 with no epidurals.”

In April 2015, her husband was involved in a hit-and-run incident in Albuquerque. Jones was sentenced to 18 months of supervised probation after he pleaded guilty to leaving the scene of an accident.

So far, Moses is not involved in any commercial projects. Jessie said that she is a full-time mommy.

Her husband, Jon Jones, has an estimated net worth of $10 million.

READ THIS NEXT: Who is Amiyah Scott?