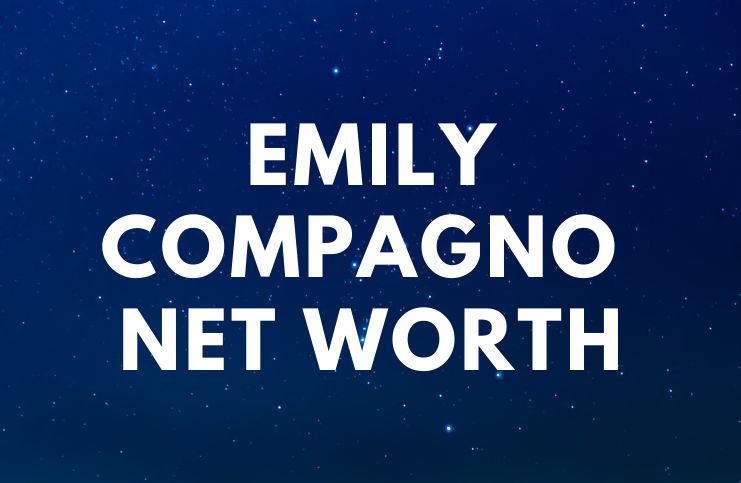 In addition, Compagno serves as a semi-regular co-host of the weekday television talk show – ”The Five.”

Emily was born on November 9, 1979, in Oak Knoll, California, USA. Her mother (Katherine) is of German descent, while her father (John Compagno) is of Italian descent.

She has two sisters – Julietta Compagno Skoog and Natalie Compagno.

Compagno graduated with a B.A. in Political Science from the University of Washington.

In 2006, she received a J.D. from the University of San Francisco.

In April 2007, Emily joined the cheerleading squad for the Oakland Raiders. She was one of five NFL cheerleaders selected to visit American troops with the United Service Organizations stationed in Kuwait and Iraq.

She also worked as a criminal defense attorney near San Francisco while cheering for the Oakland Raiders.

From 2010 to 2014, she served as a general attorney at the Social Security Administration.

In 2018, Emily accepted a position at Fox News as a legal analyst and contributor.

Emily Compagno married her husband in Italy on September 14, 2017.

”Thank YOU for all the military lives you change & for honoring America’s heroes in all you do.”

”This isn’t a new war on Iran. This is a new chapter on their ongoing war against us for the last 40 years.”

”To me, this is another oversimplification of the matter, ‘Oh, I have this Trump Anxiety Syndrome, and so that must mean X, Y, and Z.’”

”This Veterans Day, I’m saluting those who serve by lacing up my boots and giving back to military families.”

”My next nonfiction book recommendation for you is Ben Blum’s Ranger Games.”

Emily received the U.S. Air Force Reserve Officer Training Corps’ Cadet of the Quarter during her time at the University of Washington.

In 2019, she has visited the military dogs at the Fort Dix training center. Furthermore, Compagno had become a fake bait. She said:

“Those dogs are trained to the nth degree.”

The TV host went on to say:

“It’s also so exciting and it’s incredible to see and witness the bond between those dogs and their handlers, to hear the reverence these soldiers have for their fellow soldiers, for how honorable the entire process is, of course.”

She has a Doberman named Duchess.

In 2008, Emily volunteered to work with orphans in Zambia, Malawi, and Uganda.

“I think this is a total farce.”

“And really, it’s distracting us from the reality that they are and it is a platform that amplifies violence.”

In January 2020, Pope Francis was happily greeting pilgrims and children in St. Peter’s Square when he slapped a woman’s hand to free himself from her grip. Later, Pope Francis has apologized for slapping the woman.

Compagno said about the incident:

“If that had been me in his shoes, she would be out of there.”

“The only sliver on the other coin would be that he can let the security guards be the bad guy for him and he can just kind of be like the victim for a second and let them do their job.”