What is Jocko Willink’s net worth?

Willink also has a black belt in Brazilian jiu-jitsu.

He was born on September 8, 1971, in Torrington, Connecticut, USA. In 1990, Jocko enlisted in the United States Navy. Willink received the NEC 5326 as a Combatant Swimmer.

Later, he was a Seal Task Unit Commander and a Navy SEAL Platoon Commander. He participated in the battle of Ramadi as commander of SEAL Team Three’s Task Unit Bruiser.

The Battle of Ramadi was fought during the Iraq War from March 2006 to November 2006.

In addition, Jocko served as a Navy SEAL instructor during his military career. 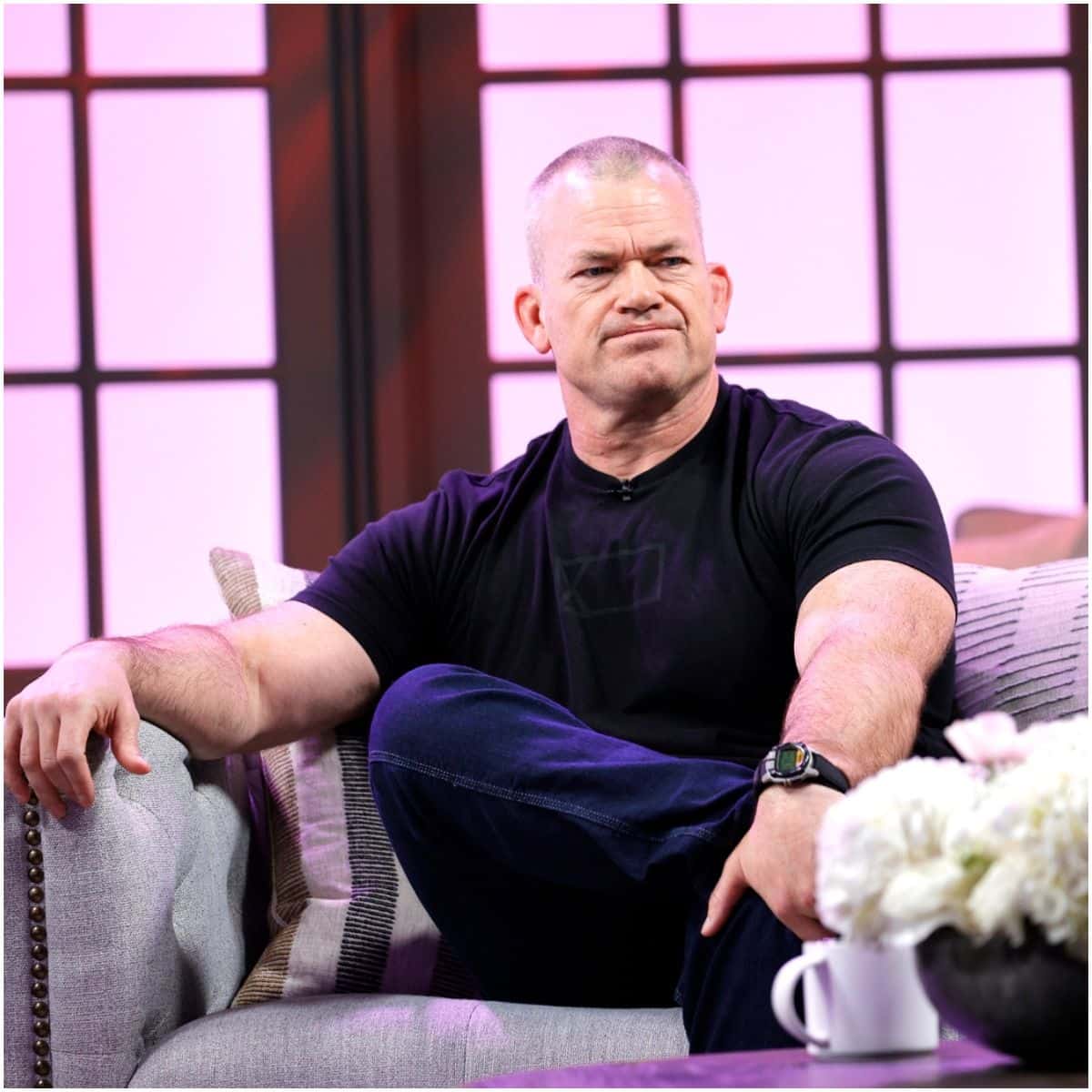 After he retired from the US Navy, Willink and Leif Babin founded Echelon Front, a leadership consulting company that customizes training to specific needs of organizations, companies, teams, and individuals.

Echelon Front has worked with over 400 businesses. Jocko serves as an executive coach, speaker, and leadership instructor.

He also has a YouTube channel, named Jocko Podcast.

In 2017, Jocko kept a TEDx talk at the University of Nevada.

He “pretty much” follows the Paleo diet, a type of diet that is designed to resemble what human hunter-gatherer ancestors ate thousands of years ago. A paleo diet usually includes seeds, nuts, vegetables, fruits, fish, and lean meats.

Jocko has four children, a son and three daughters.

He tweeted in 2017: ”My wife wouldn’t have married a man with soft uncalloused hands. Neither will my daughters.”

”Don’t let your mind control you. Control your mind.”

”Without perseverance in combat, there can be no victory.”

”You really never know who will make what decision.”

”Leadership is infinitely more about brains than it is about brawn.”

”Leadership is the capacity to get that group of people that you’re trying to get.”

”Do something that gets your blood flowing and gets your mind in the game.”

”Leadership starts with ownership – ownership of everything.”

”It’s not what you preach, it’s what you tolerate.”

”Don’t focus on your promotion. Focus on doing a great job.”

”In all branches of the military, you rely on each other to make sure you’re safe.”

”If you can wake up early in the morning, get a head start on everyone else that’s still sleeping.” (Independent)

In 1995, he started training Brazilian Jiu-Jitsu. Later, Jocko has earned a black belt in BJJ from an American mixed martial artist, Dean Lister. Jocko said for Men’s Journal about BJJ: ”Jiu-Jitsu is a great workout both mentally and physically.” Willink later added: ”You want to be strong for it and flexible for it.”

In another interview, Jocko said: ”The thing about Jiu-Jitsu is it is also not for everybody. It can be very humiliating and humbling.”

READ MORE: A1 Bentley Net Worth

Willink earned most of his wealth from serving in the US Navy for 20 years.

He also has his own gym, Victory MMA and Fitness. In addition, Jocko has become a designer of a line of men’s denim jeans.

Moreover, Willink makes money from selling his books, which include the following:

Jocko hosts a weekly podcast, called the Jocko Podcast. His YouTube channel has over 165 million views, meaning about $500k in revenue.

READ THIS NEXT: Who is Marco Bizzarri?