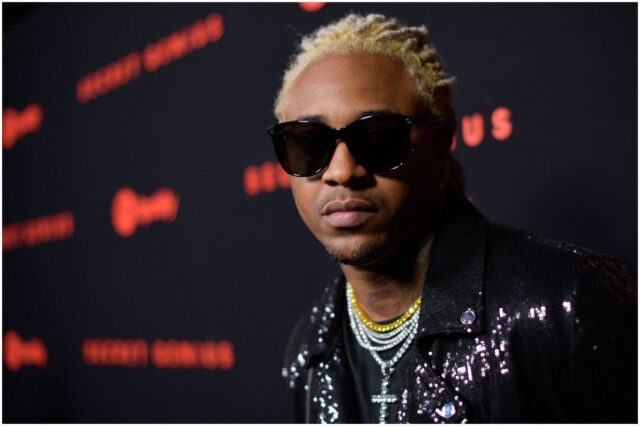 A1 Bentley (birth name – Floyd Eugene Bentley III) is an American producer and rapper who has worked with rappers Tyga and Drake.

In 2017, Bentley helped Chris Brown to produce the album ”Heartbreak on a Full Moon.” It was certified gold by the Recording Industry Association of America.

However, Floyd first gained fame after he helped Chris Brown to release his album “Royalty” in 2015. It is dedicated to Brown’s daughter, Royalty Brown.

Bentley is a main cast member of the Love & Hip Hop: Hollywood reality TV series since the beginning of season five.

Bentley has a brother named Loyd.

He started his YouTube channel on November 15, 2011. At the moment, his channel has over 43 million views and more than 128,000 subscribers.

Floyd has produced singles for artists such as Ty Dolla $ign, Tyga, Chris Brown, and Drake.

In August 2016, A1 Bentley married Lyrica Anderson, the daughter of singer Lyrica Garrett.

The two first met in an elevator. Floyd later recalled during an interview: ”I met her in the elevator coming up, and I was like, ‘Wow! I need this.’”

In October 2015, Lyrica released her debut studio album, called – ”Hello.” She appeared as a supporting cast member starting the third season of Love & Hip Hop: Hollywood – a reality television series that follows the lives of a few men and women in the LA area who are involved in hip hop music.

Lyrica has been part of the main cast since the start of the fourth season of Love & Hip Hop: Hollywood.

In Bentley and Lyrica’s first couple of seasons of Love & Hip Hop: Hollywood, most of their storylines revolved around the problems between their mothers.

During an episode, Bentley denied the rumors saying he and Bunni were only colleagues. But, he later admitted that he had slept with Bunni. He said that his actions were well-founded since Lyrica was actually the one who first had an extramarital affair.

It was rumored that Lyrica cheated on Floyd with Safaree Samuels, a rapper who joined the cast of Love & Hip Hop: Hollywood in 2016. But, Safaree told Bentley that the rumor is not true.

Safaree said for Atlanta Black Star: ”Nothing happened.” Samuels continued: ”We would just be talking about music, and sometimes she would start getting into the world of talking about you in the studio.”

In 2019, Lyrica said in an interview that: ”My baby, first, and my husband, we are definitely a work in progress right now.”

During the last episode of season 6 of Love & Hip Hop: Hollywood, Anderson asked Bentley for a divorce. Floyd has ultimately agreed to her request.

In April 2020, Lyrica released a song titled – ”Marriot.” Some thought that the song is aimed at Floyd. Here are the lyrics:

”Okay I get it
You need space now
You need time now
Just to process
Shared my soul with you
I feel like a fool
How you soon forget I f####d up with you.”

In May 2020, Anderson said that she is not sure if she will appear in the next season of Love & Hip Hop: Hollywood.

”I don’t know if I’m doing the show or not because I’m really just focusing on the music,” Lyrica told Hollywood Life.

In the same month, VH1 announced that production on any future seasons of Love & Hip Hop: Hollywood would be postponed indefinitely.

Lyrica and Floyd have a son together named – ”Ocean Zion Bentley.”

A1 Bentley – Net Worth

Floyd earned most of his wealth from his collaborations with Big Sean, Tyga, and Drake.

He also made money from being a main cast member of the reality TV series Love & Hip Hop: Hollywood.

Therefore, record producer A1 Bentley has an estimated net worth of $2 million.

READ THIS NEXT: Who is Dustin Poirier?