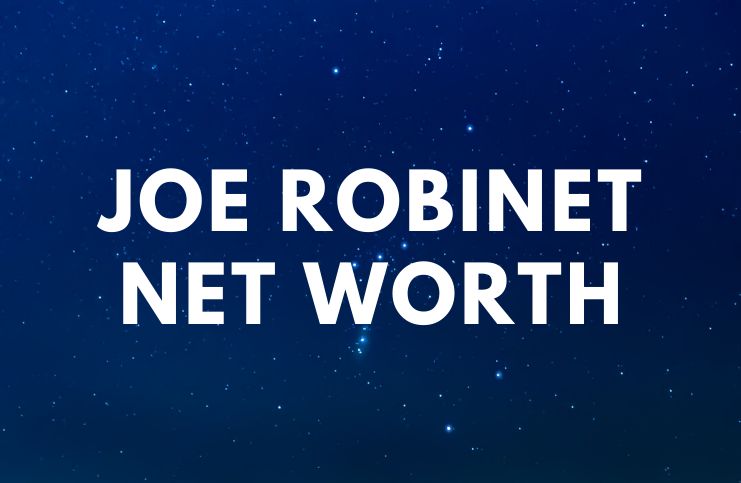 Joe Robinet is a Canadian YouTuber and author who is best known for his popular YouTube channel on which he uploads bushcraft and camping videos.

Robinet was born in Canada.

Information regarding his date of birth, childhood, parents, and studies, were kept private.

Joe started his YouTube channel on September 13, 2007. So far, the channel has over 129 million views and more than 1.29 million subscribers.

At first, he started to upload videos on basic bushcraft skills.

Note – bushcraft skills include container construction from natural materials, hand-carving wood, water sourcing, foraging, navigation by natural means, shelter-building, fishing, hunting, tracking, firecraft, and the use of tools such as axes and knives.

Basically, bushcraft is about living in the natural environment, and the acquisition of the knowledge and skills to do so.

The majority of his bushcraft camping videos consist of him explaining how to harvest materials from nature and putting them together to create tipis (a tent that is typically made of animal skins upon wooden poles), fire reflectors, and lean-tos.

”This channel is mainly bushcraft style camping trips, sometimes I build a natural shelter, sometimes I sleep in a tent, under a tarp, or in the snow.”

The most popular video on the channel is titled – ”Solo Bushcraft Camp. 2 Nights in the Snow – Natural Shelter, Minimal Gear.” The video was uploaded on November 30, 2016, and it has over 7.5 million views.

The second most popular video on the channel is named – ”Overnight Bushcraft Camp with my Dog – Long Fire, Wool Blanket, Fire Reflector.” The video has more than 6.9 million views and it was uploaded on February 2, 2017.

‘Alone’ is a reality television series on History. The first season premiered on June 18, 2015.

Joe was one of ten contestants on the reality survival show. However, on the third day on the reality TV series, Joe quit after misplacing his firestarter rod and losing it to the tide.

“I can’t believe I lost it…. It’s such a stupid thing to happen.”

“I’m sorry to everybody I let down.”

In 2019, he released a book titled – ”Scout Goes Camping.” The book is recommended for teaching kids basic wilderness safety.

Here is a list of some of the gear he uses:

Joe Robinet is married to Will.

”Love me some bass fishing!”

”Spent some quality family time, car camping with my girls and Tripper.”

He has IBS (irritable bowel syndrome), a common long-term condition that affects the digestive system. Symptoms may include the following:

In many of his videos, he had talked about changing his diet.

He has a dog named Tripper.

Robinet earns most of his wealth from selling merch on bunkerbranding.com/pages/joe-robinet, receiving Amazon commissions from his affiliate page, sponsors posts (especially on his Instagram account), and advertisements on his YouTube channel.

On his channel, Robinet has more than 129 million views, meaning $258,000 in revenue. Therefore, Joe Robinet has an estimated net worth of $0.3 million.