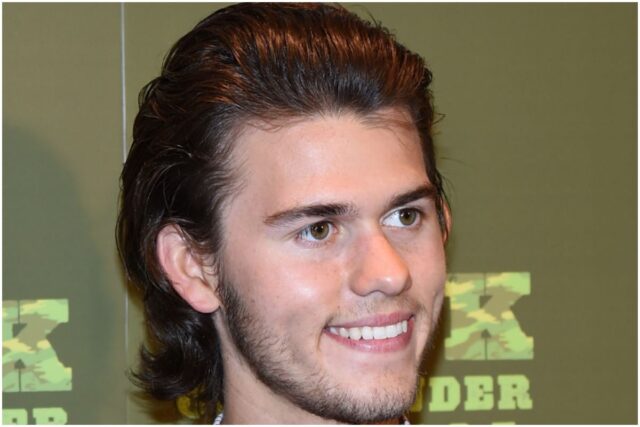 John Luke Robertson is an American author and member of the Duck Dynasty family.

His parents are Korie and Willie Robertson.

John Luke is the grandson of Phil Robertson.

During his childhood, he spent his summers working at Camp Ch-Yo-Ca, a non-denominational Christian camp located in the piney woods of North Louisiana in Calhoun, near West Monroe that his great-grandfather started in 1967.

He is currently enrolled at Liberty University. ”I love college. We absolutely love it, we love our majors, we love our friends,” Robertson said.

From 2012 to 2017, John Luke appeared in 49 episodes of Duck Dynasty, a reality television series that aired on A&E.

In 2014, John Luke released ”Be your Own Duck Commander,” a four-book fiction series featuring the popular Robertson family.

In 2016, Robertson published a book titled – ”Young and Beardless: The Search for God, Purpose and a Meaningful Life.” John Luke wrote the book to help others live their lives to the fullest.

”I thought I could put out a totally unique perspective that is different from what the rest of the family has shared about the show and about life,” Robertson said in an interview.

”Being young and beardless is more than a lack of life experience or facial hair,” John Luke said on another occasion. He added: ”It’s about learning, growing, and trying to figure out where you fit in the world.”

In April 2020, Louisiana authorities arrested Daniel King Jr. after he fired 8-10 shots at the estate of “Duck Dynasty” star Willie Robertson where John Luke Robertson lives with his family.

Nobody was hurt, but one bullet went through the bedroom window of the home.

”We were pretty shook up,” John Luke said at the time. ”It looks like they were just spraying bullets across my property.”

”It was one of the best days of my life! It was everything I hoped it would be and more,” Mary said.

”Other than saying yes to Jesus, saying yes to John Luke was the best ‘yes’ of my life,” McEacharn wrote in her blog in 2017. ”Being married to him has been the GREATEST adventure.”

The two first met at a Christian summer camp in 2010. They got engaged in October 2014.

Note – Mary Kate McEacharn appeared in 10 episodes of Duck Dynasty and has over 788k followers on Instagram (marykaterob).

The couple is currently expecting their second child. ”We are so incredibly excited to be welcoming another sweet baby into our family,” McEacharn announced in November 2020. Update – their daughter Ella Kathryn Robertson was born in April 2021.

”I used to think God guided us by opening and closing doors, but now I know sometimes God wants us to kick some doors down.”

Luke earned most of his wealth from appearing in 49 episodes of the reality series ”Duck Dynasty.”

Robertson also makes money from selling his books – ”Young and Beardless: The Search for God, Purpose and a Meaningful Life” and the four-book juvenile fiction series, ”Be Your Own Duck Commander.”

READ THIS NEXT: Who is Dong Nguyen?