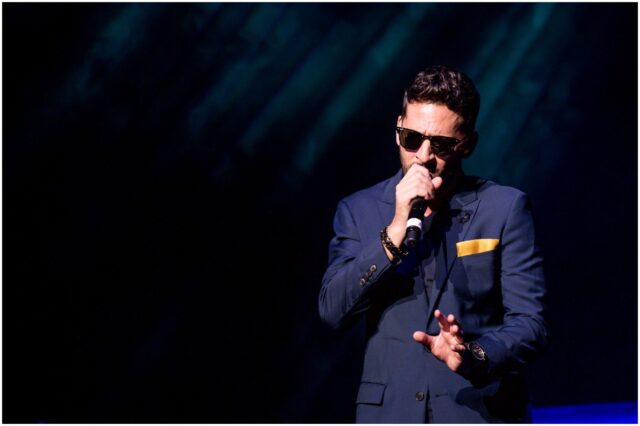 His mother is a concert pianist, while his father, David Buck, is the director of the LA Symphonic Camerata and a professor of music at California State University, LA.

His sister, Deborah, and his brother, Kevin, are also musicians.

Jon was raised in Altadena, California.

Some of his first projects as a songwriter are the Spice Girls, Color Me Badd, Michael Jackson, Toni Braxton, and After 7.

“Are U Still Down” is a song from this album on which Buck collaborated with 2Pac. It was actually the final rap verse that Tupac Shakur recorded before his death.

Another single from Jonathan’s second album is “Don’t Say.” In 1997, the song peaked at #68 on the Billboard Hot 100. The music video featured American actress Sanaa Lathan.

On November 14, 2006, Jon released a Christmas-oriented album, named – ”Holiday Wishes: From Me to You.”

On October 28, 2008, he released another album, called – ”Helpless Romantic.” It was recorded at Vibezelect Studios in Pasadena.

On February 14, 2012, Buck released his seventh album, titled – ”Comfortable Swagg.” This album was Jon’s first album that was released without marketing from a major label.

He said for Soul Tracks:

”Love your children, respect your spouse, keep it true.”

”My first major tour was with Destiny’s Child.” (IHeart)

”Keep the love inside your heart.”

His influences as a musician include:

In 2020, Dominique Carson wrote a biography about Buck, titled – ”Jon B: Are You Still Down?.”

Buck earned most of his wealth from selling his seven albums. Jonathan once said – ”My royalties are what they are because I write my music.”

His YouTube channel has more than 1.56 million subscribers and over 321 million views (about $1 million in revenue, before state taxes).

In addition, Buck made money from writing for Color Me Badd, After 7, and Toni Braxton. Therefore, R&B singer Jon B. has a net worth of $4.5 million.

READ THIS NEXT: Is Sammy Hagar married?