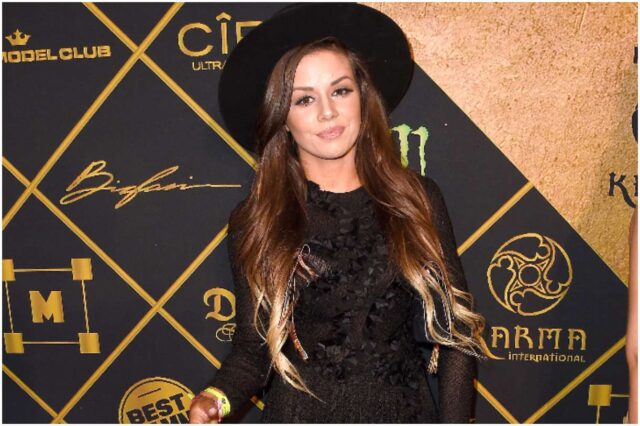 Julianne Kissinger is a social media model who is most commonly known as Juli Annee.

She gained social media fame posting bikini and lingerie pics on Instagram and Snapchat, and is highly active across her accounts.

She’s gained a pretty impressive following so far, racking up more than 6 million followers on Instagram by the beginning of 2021.

Juli Annee is a prolific poster, with more than 900 posts on her account.

While she cops criticism online for her heavily filtered and Photoshopped images—often focusing on her nose, waist, and rear-end—fans are still quick to support her burgeoning “exclusive” content cache on her website.

If risque pics and semi-nude social media models are your thing, read on—we’ve got everything you need to know about Juli Annee Kissinger and her rise to Insta-fame.

Julianne Kissinger was born on October 9, 1992, in Stockton, California.

After Juli Annee graduated from high school in California, she enrolled at Palomar College in San Diego County.

Unfortunately, the young beauty wasn’t cut out for academics, and dropped out a short time later—unqualified, single, and pregnant.

Juli Annee has been open about her struggles growing up, claiming that she came from poverty and that she doesn’t have a very good relationship with her own mom—two things that drove the decisions she made when she became a solo mom at 19.

She got a job at a frozen yogurt store, where she worked her way up to a shift manager’s role while supporting her and her daughter, Kyli.

The pair didn’t have their own home, and rented a small, cheap place to keep a roof over their heads.

Juli Annee, who is of German and Portuguese American descent, knew she needed to do something big if she wanted to support her daughter as an uneducated teen.

Kyli’s father wasn’t on the scene—he lived in Palm Springs and wasn’t involved in his daughter’s upbringing.

Kissinger came up with a plan.

She’d already been using social media anyway, sharing pictures of her and her baby, posting pics from when she was pregnant, and writing at length about how she was raising her daughter on her own—but she hadn’t thought to monetize any of her accounts…until late 2014.

The New Breed of Models

In November of 2014, Juli Annee started making over her social media accounts.

Instead of complaining about her struggles raising a daughter on her own, she started posting more pictures of herself.

She posted her first bikini pic in January of the following year, rapidly gaining attention from the men of social media.

Over time she developed her channel’s aesthetic—half-naked, fully-filtered—and grew her fan base.

The content she shared received tens of thousands of likes, engagement was high, and she was even catching the attention of some of the biggest mainstream brands in the world.

She was featured in Sports Illustrated digital edition, Maxim, and Total Frat Move within 12 months, and brands were itching to get the young, newly minted model touting their products.

While the diminutive California girl wasn’t going to make it on the catwalk, she was garnering a tidy following posing in a bikini online.

So she decided it was time to capitalize on what was making her famous: her body.

In 2020, Juli Annee made the leap to start selling her content on her own website and OnlyFans.

OnlyFans is a popular platform for content creators who want to sell photos, videos, and live streams via monthly subscription.

Juli Annee sells a subscription to her fans for less than $10 per month, making it an ultra-affordable way to view content that she markets as “wine and movie night turned naughty.”

Kissinger also uses Twitter to encourage fans to engage with her content, encouraging them to share her tweets if they want to “see the naughtier version in this dress.”

Moreover, Kissinger is famous on Snapchat and on OnlyFans.

READ THIS NEXT: Who is Christina Khalil?