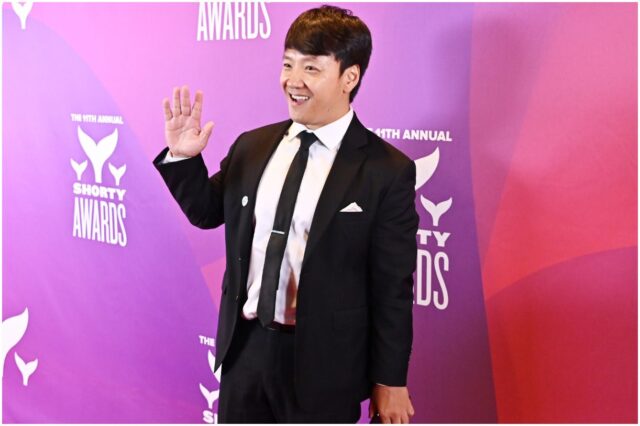 Mike Chen, better known online as Mikey Chen, is a Youtuber who captains 11 popular channels, including:

In 2003, Chen graduated from Truman State University in Kirksville, Missouri.

After college, Mike worked for Morgan Stanley as a financial analyst.

”I majored in Accounting to become an FBI agent,” he wrote on Reddit in 2018. Mike added: ”Then mellowed out and worked for Morgan Stanley.”

Since 2010, he serves as the Head of Digital Strategy at NTD Television.

It was created on Mar 31, 2014. It is a Chinese language channel where he makes vlogs speaking either in English with Chinese subtitles or in Mandarin.

”My first video was filmed on an iPhone 4,” Chen said during an interview.

The channel has over 2 million views.

The channel has more than 7 million views.

It features either Chen or his friends, teaching the viewer how to cook certain interesting food dishes.

The channel has over 1.3 million views.

It was created on Aug 26, 2016, and it has around 165,000 subscribers. It is a 2nd channel similar to his original Beyond Science channel; however, it has slightly broader topics.

”Awesome Toy Review!” is an inactive channel that was used for reviewing and playing with children’s toys.

The channel is mainly used for posting his travel vlogs, which he has documented, including his trips to:

It was created on Jul 5, 2014, and it has around 448,000 subscribers. Initially entitled ”The Double Chen Show,” Mike would be alongside Dan Chen to talk about Asian traditions and culture.

The channel has more than 60 million views.

”Everywhere in the world, food is both historical and modern and encompasses the people, the land, and the essence of its cultural identity,” Chen told CNBC.

Some of the best videos (and some of his most well known) are his 7-11 and convenience store series.

On this YouTube channel, he explores topics including ancient aliens that may have come in contact with Earth and advanced human civilizations existing millions of years ago.

In addition, he uploads videos about Earth mysteries and strange phenomena that are not explained by science.

There is no information regarding Mike Chen’s romantic life.

Mike wrote on his Instagram page: ”In a loving relationship with food.”

”In the end, only three things matter: how much you loved, how gently you lived, and how gracefully you let go of things not meant for you.”

”I usually don’t know where I’m going until two weeks before I leave.”

He said that the easiest meal to cook is shredded potatoes.

What is the net worth of Mike Chen?

Chen earns most of his wealth from advertisements on his YouTube channel.

In total, Mike has over 1.52 billion views which have earned him around $3.2 million before state taxes. Also, Chen is selling personalized T-shirts, hoods, and accessories.

In 2021, Mike bought a new apartment in Dallas, Texas.

Therefore, Versatile Youtuber and passionate foodie Mike Chen has an estimated net worth of $3.5 million.

2 thoughts on “Mike Chen Net Worth”