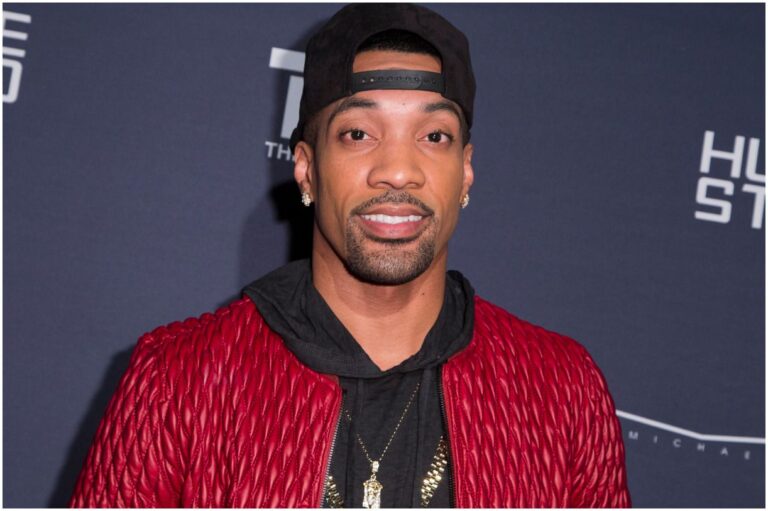 Miles Brock, also known as Siir Brock, is an American fashion entrepreneur, actor, and rapper-songwriter, who released an EP in 2015, featuring the single “West Coast.” But, Brock gained fame for joining the cast of Love & Hip Hop: Hollywood.

He was born in LA, California, USA. Brock was raised without a father. This caused him to grow up with a lot of internal obstacles and insecurities he had to overcome.

Miles has an older sister named Charmagne, who celebrates her birthday on October 16th.

In school, Brock earned degrees in Math and Sciences and Social and Behavioral Sciences.

”I originally came from an RnB group called Marz Boiz. I was the rapper of that group and now I am solo. I’m a West Coaster.”

“Being a rapper of an R&B group really doesn’t count in the Hip Hop world. I never really felt respected as a rapper until I went solo.”

Love & Hip Hop: Hollywood premiered on September 15, 2014, on VH1. It is the Hollywood based spin-off and the 3rd installment of the Love & Hip Hop reality television franchise.

The reality series chronicles the lives of a few men and women in the Hollywood area, who are involved with hip hop music.

Many cast members identify as sexually fluid, lesbian, gay, or bisexual, and the TV show is one of the few shows to explore LGBT problems from a black perspective.

Miles has been a part of several films, including This Christmas and The Broom Wedding.

”This Christmas” is an American Christmas romantic film that is based on the 1970 Donny Hathaway song of the same name, which is covered by Chris Brown in the film. The film presents a Christmas time story which centers on the Whitfield family, whose eldest has come home for the first time in 4 years.

”This Christmas” was directed by Preston A. Whitmore II, distributed by Screen Gems, and produced by Rainforest Films (a film production company which was founded in 1994 by Will Packer and Rob Hardy).

Miles was in a relationship with fellow Love & Hip Hop: Hollywood Milan Christopher. Milan has said that homosexuality is much more common among male rappers than frequently believed. He is openly gay.

Milan Christopher is an American businessman, model, rapper, and actor who appeared on the television shows Love & Hip Hop: Hollywood and Nip/Tuck and in the film ”Couples Retreat.”

Milan and Brock are the first gay male couple to appear on the drama-filled series. Furthermore, their relationship has caused quite the uproar. They eventually broke up.

During an episode of Love & Hip Hop: Hollywood, Miles told his former childhood sweetheart, Amber Hunter, that he is bisexual. He said:

“It was definitely the hardest thing that I’ve ever done in my life.”

”Seeing her crumble made me crumble. There is never a right way to tell a woman who loves you that. There was a lot of sadness that day.”

”Do yourself a favor and take mixed signals as a NO!”

”I’ve crawled up under a rock recently and been hiding from the world. Nobody warned me about how GRIEF rolled like a rollercoaster.”

“I’m not about to sugarcoat it. That moment was everything that I imagined it would be. It was my biggest nightmare.”

“It’s sad that there are people out there so evil and desperate for attention. I’ve never put my hands on anyone.”

Often bullied in school, Brock turned his pain into his passion – entertaining. Miles began taking acting classes and modeling, which prepared him to be featured in a few films.

In 2015, Miles was arrested on Halloween night after allegedly attacking Milan Christopher. According to the police report, Milan and Broke ended up at the same party. Soon after, the ex-lovers started arguing and Brock slugged Milan in the face.

Brock confirmed that his openness on his bisexuality has not stopped many beautiful women from throwing themselves at him.

Miles refers to his sister’s daughter as – ”Mumu.”

Brock earned most of his wealth from being part of a band called – Marz Boiz, starring in the TV series – Love & Hip Hop: Hollywood, founding a fashion line – the Just Love Suede Collection, and appearing in two films – This Christmas and The Broom Wedding. Therefore, Miles Brock has an estimated net worth of $0.4 million.

READ THIS NEXT: The Richest People in the World