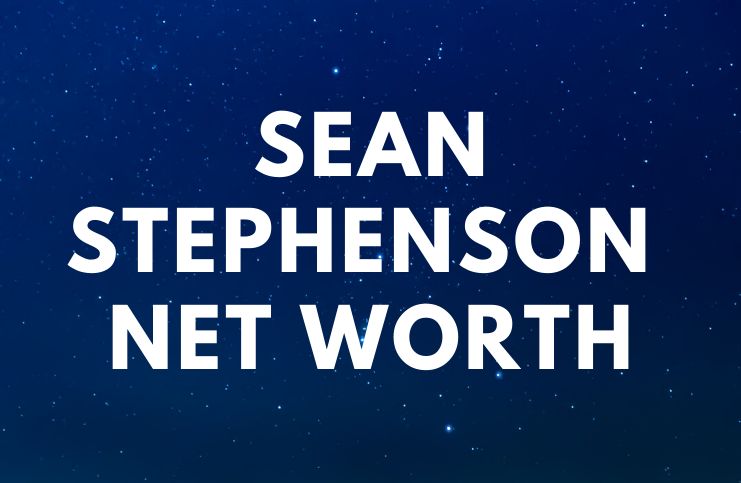 Sean Stephenson, also known as the “3 Foot Giant,” was an American motivational speaker and therapist who was born with osteogenesis imperfecta, making him wheelchair-bound and only three feet tall.

Stephenson is also the author of ”Get Off Your “But”: How to End Self-Sabotage and Stand Up for Yourself” and ”How You(th) Can Succeed!: Transforming Dreams into Reality for Young Adults.”

He was born Sean Clinch Stephenson on May 5, 1979, in Chicago, Illinois, United States of America.

The doctors told his parents that he may not survive because he was born with a rare bone disease (osteogenesis imperfecta). Despite this diagnosis, Sean survived, however, he struggled with mobility issues and stunted growth throughout his childhood.

Before his 18th birthday, he had survived 200 bone fractures.

At age 17, Stephenson began delivering motivational speeches after he met his idol Tony Robbins through the Make-A-Wish Foundation.

Note – Tony Robbins is an American author and motivational speaker who published a book titled – ”Money: Master the Game” that featured interviews with financial experts such as Carl Icahn, Warren Buffett, and Charles Schwab.

Tony began his career as a motivational speaker by promoting seminars for Jim Rohn. Robbins also has a 4-day seminar, named – ”Unleash The Power Within,” which includes an exercise in which participants take their shoes off and walk over a bed of hot coals.

After Stephenson’s speeches started to reach many people, Sean found that he was frequently approached by people seeking advice on personal problems. Feeling ill-equipped to advise them, Stephenson decided to go to school and become certified as a therapist.

He enrolled in DePaul University to study for a degree in political science. Sean graduated in 2001. While attending DePaul University, Stephenson worked as an intern for President Bill Clinton.

On September 14, 2012, Sean Stephenson married Mindie Kniss, an award-winning humanitarian who worked as a Global Health Fellow in East Africa. Kniss is the CEO of Lucra, which offers training for speakers and coaches on personal and business development.

The couple met through a mutual friend in 2009.

Despite their happiness, Sean and Mindie have been targeted online by many people who suggested that Mindie is with Sean only for his money as well as that Stephenson could never satisfy Kniss sexually.

During an interview, Kniss declared:

”I had to set the record straight. Just because he’s disabled doesn’t mean we don’t have an awesome sex life.”

In October 2001, he published his first book titled – ”How You(th) Can Succeed!: Transforming Dreams into Reality for Young Adults.”

The book is based on Sean’s extensive experience speaking and teaching, his work as a therapist, clinical training, and personal story. It offers an inspiring program for standing up for success and happiness in life, ending insecurities, eliminating excuses, and overcoming big bumps in the road.

Osteogenesis Imperfecta is a group of rare disorders affecting the connective tissue. Because he was born with OI, all his bones were broken upon his birth.

”I was born with a magical life. When I was born I came into the world with a condition called “osteogenesis imperfecta” — also translates into brittle-bone disorder.”

”So when I came out basically every bone in my body was crushed from just the process of birth and they were pretty certain that I was going to die within the first 24 hours of my life.”

“My bones are more fragile than most people, and because of that […] sneezing could break ribs, or putting on a pair of pants too quickly could break legs.”

Sean went on to say:

In 2009, Stephenson was the subject of the Discovery Channel documentary titled – ”Three Foot Giant.”

Sean Stephenson died on August 28, 2019 due to complications after suffering head injury.

”The worst gig I had was speaking at a high school in the cafeteria; I was placed by the napkin dispenser on hot dog day.”

”You have to recreate the reality you want every single day. I don’t think anything positive ever really sticks.”

”A person in great shape needs less sleep and has less brain fog (at least that’s been the case in my life).”

Fairness is an illusion. Fairness never existed and never will. No one in life gets less or more than anyone else.”

“You don’t have control of practically anything in life. But what I do know we have control over is what we make something mean.”

Stephenson appeared on everything from Jimmy Kimmel to The Oprah Show to Youtube videos with millions of views.

Sean also has shared the stage with visionaries like Al Gore, the 14th Dalai Lama, Richard Branson, and numerous other world leaders.

Dr. Stephenson earned most of his wealth from inspiring millions of people worldwide through his professional speeches, books, and YouTube videos.

Moreover, his latest book has been released around the world in more than six languages. In addition, his message has been heard at live events in over 47 US states and fifteen countries. Therefore, Dr. Sean Stephenson, at the time of his death, had an estimated net worth of $1.25 million.

READ THIS NEXT: Kehinde Wiley Net Worth