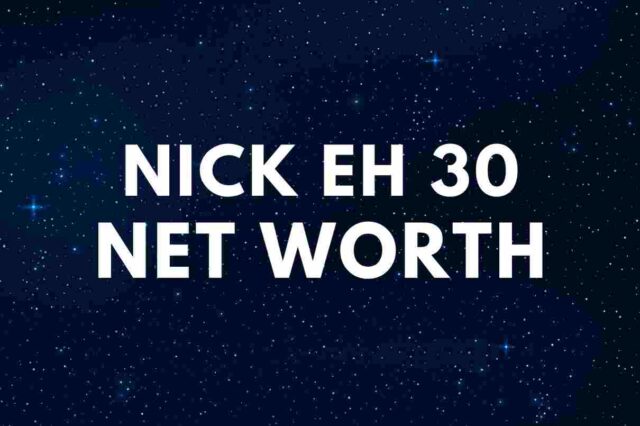 Nick Eh 30 is a popular Canadian YouTuber and gamer, a live stream gaming star, and a pro-Fortnite player.

We know he promotes positivity and family-friendly live streams, creates for Luminosity Gaming, and is one of a handful of gamers signed exclusively to Twitch—but is there more to this millennial entertainer.

The future pro gamer was born and raised in Nova Scotia, Canada, with his brother, and has always had a strong relationship with his family—even featuring his mom and dad in some of his videos.

Nick Eh 30 started gaming when he was in high school at Prince Andrew High.

As a straight A student who also took taekwondo, guitar, and football, his plan had been to attend Dalhousie University and study medicine.

He had always wanted to become a doctor.

Long days and nights of studying left little time for the young Amyoony to socialize or play sports, so he’d use his PS3 as a way to unwind and take a study break.

When the young student discovered The Last of Us, he decided to share his commentary and experiences with the game on YouTube.

As he puts it, his “channel kept evolving” but he didn’t have the time to invest in it.

He’d be in the university library until sometimes 3 in the morning and was mentally exhausted from maintaining his grades and working hard enough to make the Dean’s List.

Eventually, Amyoony bit the bullet and pitched a new plan to his parents—dropping out of medical school and being a YouTuber.

The plan didn’t go over well.

Nick’s parents describe their son as stubborn, tenacious, and very committed to whatever he did.

They have since said that they believed in him when he originally said he could be a full-time YouTuber—although they were against him giving up on his goal of being a doctor forever.

They cut him a deal:

He could take a one-year break from Dalhousie to pursue his dream. If it didn’t work out, he had to return to university.

His dad specified that he couldn’t just be making “a few bucks a month”—he needed to be earning enough to pay his bills and live comfortably.

Fortnite was released that year, and the rest—as they say—is history.

His dad built his gaming and filming room for him when he still had a very small channel, and at 48 he pursued his own dream of becoming a police officer.

His mom is Lebanese and his dad is Canadian.

The Rise To Fame

Before the release of Fortnite, Nick Eh 30 had around 50,000 subscribers on YouTube.

Since the game hit the mainstream—and Nick Eh 30 along with it as one of the biggest names in Fortnite commentary—his channel has blown up.

At the time of writing, the millennial college dropout has amassed over 6.3 million subscribers.

He has 2,000 Fortnite wins under his belt, and is considered one of the top players in the Fortnite social media arena.

He streams footage of his gameplay almost daily, as well as offering tips, walkthroughs, and commentary on what’s going on in the gaming industry.

It’s not all about Fortnite for the young up and comer, though. He’s also featured other games and events in his videos, including:

He also does storytimes, unboxings, challenges, and reaction videos.

Don’t Forget Where You Came From

Thanks to a shoutout from the iconic gamer, Nick’s channel grew by 8,000 subscribers almost overnight.

In 2017, when Nick Eh 30’s channel was a lot bigger—and its star was gaining global attention in the gaming world—Nick reached out to PewDiePie again.

He thanked the YouTuber for seeing something worth showcasing in his channel and believing in him. He ended the comment by saying, “I made it, dad.”

PewDiePie responded to say he was glad Nick Eh 30 was doing well for himself.

There is no information about Nick Eh 30’s girlfriend.

Amyoony earned most of his wealth from streaming on Twitch, selling merch on his website (nickeh30.shop), ads on YouTube, and sponsors.

In 2020, he signed with the esports organization Luminosity Gaming. “My streams will remain on Twitch but I’ll be able to do so much more,” he said.

On YouTube, Amyoony has over 998 million views, meaning about $3 million in revenue before taxes.

Therefore, Canadian YouTuber Nick Eh 30 has an estimated net worth of $2 million.

Nick Eh 30 has signed an exclusive live-streaming deal with Twitch. You can check out his daily gaming stream right here!

READ THIS NEXT: Who is Typical Gamer?