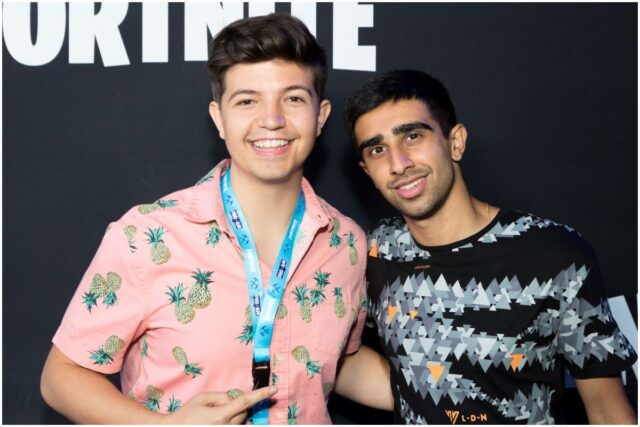 What is Vikkstar123’s net worth?

Vikkstar123 is a YouTube gamer and part of the Sidemen and The Pack.

The Sheffield-born Brit famously stepped away from a place at a prestigious university to pursue gaming on YouTube as a career.

Vikkstar often gets roasted by the rest of the Sidemen—and by his faux-nemesis KSI—for not being a doctor, although he is enjoying an ultra-successful career as a gamer.

So where did Vikkstar come from, and where’s he going next? Let’s find out.

Vikram “Vikkstar123” Singh Barn—known to his friends simply as Vik—was born on August 2, 1995, in Sheffield, England.

He has a couple of older brothers and is the baby of his family. After finding success as a YouTube gamer, Vikram bought a notoriously expensive Aston Martin.

When fans noticed he was driving a Tesla, Vik explained that he’d given the Aston Martin to his dad.

Vikram was a student at Silverdale School in Sheffield until he graduated in 2013.

He was an excellent student, getting mostly As in his 2011 GCSEs and 2013 A-Levels, and graduating with an offer to attend University College in London.

His goal was to study Natural Sciences, although—much to his parents and teachers shock—he declined a place at UCL to play games, instead.

From 2015 to 2017, Vikkstar was dating fellow gamer and social media personality Kayleigh Wordley.

The pair broke up in early 2018, and remained friends—with Vikram beginning a relationship with blonde beauty Ellie Harlow.

Not much is known about Vik’s lady, who seems to keep a low profile and avoid the social media limelight. Here is a photo of the couple. The two got engaged in December 2021.

The Road To Fame

Vikram launched his YouTube channel in 2009 at the tender age of 14.

He wanted to go with the pseudonym Vikster—a blend of Vikram and Gangster—but the name was taken.

So was Vikstar and most of the other names he tried, so eventually, the young kid ended up with Vikkstar123.

A few years later, in 2013, Vik joined the newly formed Sidemen—a collab group of YouTubers who lived together at the Sidemen House.

After that, Vik moved into his own apartment in London.

The Sidemen are big fans of the FIFA gaming series, although Vikkstar123 has been vocal about not sharing the other guys’ sentiments.

Thanks to the growing popularity of Grand Theft Auto V and then Fortnite, Vik began focusing more of his content creation on those two.

The kind and creative gamer is also part of The Pack—a collab group that focuses on creating Minecraft content for YouTube.

The Pack collaborates with Vik on a regular basis, with the personality typically posting the content to his side channels.

So, What About The Main Channel?

Vikram’s main channel started off as an online home for his Call of Duty videos. ”For the first three or four years of my YouTube channel, I focused mainly on Call of Duty,” he told Game Informer.

His early content included uploaded recordings of matches against his friends.

From there, the young gamer moved on to Grand Theft Auto V—along with much of the gaming community.

This led to him meeting the Sidemen.

From there he discovered Minecraft—a game he would dedicate almost an entire channel to—and built a community and group dedicated to it.

Through Minecraft, he found one of his signature catchphrases.

Vik would punch his enemies to death, and end the match by setting them on fire and saying, “I need to cook my chicken!”

Another signature of Vikkstar123 is his GTA 5 Funny Moments. He has amassed a collection of over 700 videos in the series.

As Vik became known as a Fortnite player, he ran into problems. His largely Fortnite-focused audience didn’t appreciate his content that showcased other games, and his view count started to drop.

To fix the situation, Vik moved almost all his non-Fortnite content to his side channels and kept the main channel for predominantly Fortnite-related streams and commentary.

Vik was pretty vocal about his interest in the mobile gaming sensation PUBG.

In 2017, he was invited to play in the Gamescom Invitational and the Twitchcon H1Z1 Invitational.

Singh Barn earned most of his wealth from selling merch, ads on YouTube, and sponsors.

On YouTube, Vikh has more than 3.2 billion views, meaning about $10 million in revenue before taxes.

Therefore, YouTuber Vikkstar123 has an estimated net worth of $7.5 million.

KSI is constantly roasting Vik for something. Watch Vikkstar123 try (unsuccessfully) to punish him in this Assistant for a Day video!

READ THIS NEXT: Who is Piper Rockelle?