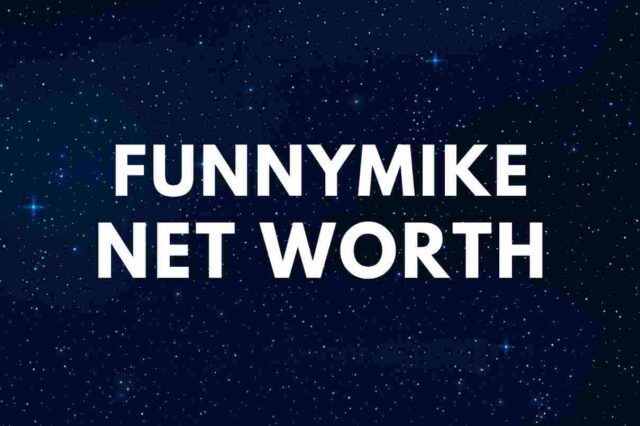 What is FunnyMike’s net worth?

FunnyMike is a YouTube comedian and prankster hailing from Baton Rouge.

The young social media entertainer makes videos featuring his family—especially his children and siblings—and has garnered an audience of 6.8 million + on the video streaming platform.

The wannabe rapper debuted his first tracks to his audience in 2018, and his official music videos continue to be the most viewed content on his channel.

Is there more to FunnyMike than throwaway entertainment and pranks? And how did he get popular anyway? Here’s what we know.

FunnyMike was born MacArthur Johnson on October 8, 1996, to Denise Jones and Arthur Bradford.

His parents split up not long after his birth, and by July 1998, he had a half-brother—the Instagram comedian known as Wings.

He remained in his hometown throughout his childhood, and graduated from Tara High School, in Baton Rouge, Louisiana, in 2012.

Initially, FunnyMike—known at the time as Mighty Mike—posted on Vine. He became well-known in his niche market, and in his hometown of Baton Rouge.

He trialed multiple names, including Funny Ass Mike and girlhefunny.

Another name he tried to capitalize on was Savage 22 or 22 Savage.

As he tried to make a name for himself as a rapper, he used the name 22 Savage to attract attention and farm relevance by positioning himself as being a better rapper than uber-popular 21 Savage.

In a blatant attention grab in 2016, FunnyMike released a series of diss tracks to engage the Grammy award-winning rapper and Billboard #1 artist.

FunnyMike launched several YouTube channels before he started FunnyMike in 2016.

Other channels, like The MJ Family, and a series of squad channels for Tha Bad Kids, followed. According to FunnyMike, his channel is a variety of family videos, pranks, challenges, music videos, and vlogs.

As his following grew, so did his presence in the media.

Nick Cannon featured him as a recurring cast member on MTV’s Wild ‘N Out season 11, and he had a minor part in I Got The Hook Up 2 in 2019.

FunnyMike formed a rap group in 2017, releasing their debut tracks over Christmas that year.

The group, which is headed by the father of 2, has the most viewed content on FunnyMike’s channel.

The rest of the group, who are considerably younger than FunnyMike, are:

Several of the children in the group are also Baton Rouge or Louisiana locals, although it’s not clear if they are related to Johnson.

While FunnyMike was trying to engage hitmaker 21 Savage in beef, he also hit trouble of another kind.

The Baker Police Department in Louisiana arrested three people in connection with a shooting in a parking lot.

During the altercation, Richard Phillips, a 20-year-old Baker man, was shot. He died of his injuries.

The shooting was captured on CCTV footage, and showed that Phillips was unarmed at the time he was shot.

Witness reports stated that an issue had arisen between the deceased, MacArthur Johnson—who was 19 at the time, and Charmaine Wilson, over a birthday party flyer some weeks earlier.

Johnson allegedly fired a handgun at Phillips before fleeing the scene.

Johnson and Wilson had allegedly planned to claim self-defense, according to a witness, until the pair were confronted with evidence that disputed that claim.

One of the pair changed his statement, and Johnson was charged with second-degree murder, illegal use of a weapon, and obstruction of justice.

In July of the following year, he and his long-term girlfriend Jaliyah Monet added a son to their family, but they broke up in 2020.

Update – Jaliyah and Johnson got back together. ”Words don’t do you justice…I love you,” Jaliyah wrote on her Instagram on February 15, 2021.

Johnson earned most of his wealth from selling merch, sponsors, and ads on YouTube.

On YouTube, MacArthur has over 1.48 billion views, meaning about $4.5 million in revenue before taxes.

On Spotify, Johnson has about 10k monthly listeners.

Therefore, YouTuber FunnyMike has an estimated net worth of $2 million.

READ THIS NEXT: Who is Vikkstar123?