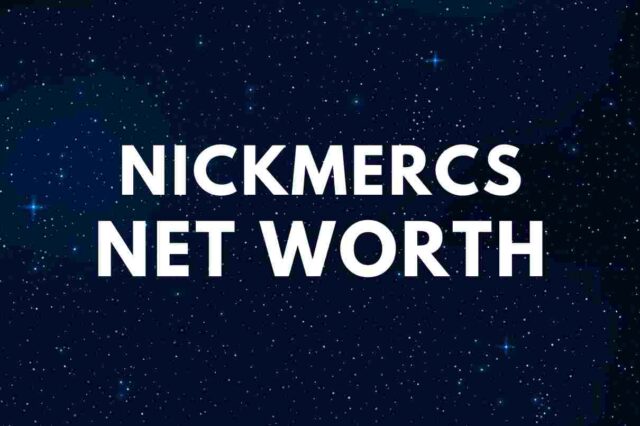 NICKMERCS (real name – Nick Kolcheff) is an American gamer and Twitch streamer who became a FaZe Clan member in 2019.

Kolcheff started streaming on Twitch in 2011. Initially, he found success streaming Gears of War, a series of video games created by Epic Games.

On December 4, 2011, Nick created his YouTube channel. He also started to make videos with first-person shooter Call of Duty. As of January 2021, his channel has more than 3.43 million subscribers.

In 2017, NICKMERCS started to play Fortnite, a free-to-play video game set in a post-apocalyptic, zombie-infested world. In its first 10 months of release, Fortnite already had more than 125 million players.

He also joined 100 Thieves, a gaming organization founded in 2017 by Matthew “Nadeshot” Haag. Later, Nick moved to California to join his teammates in 100 Thieves’ headquarters.

”Together, with Nick, we’ll continue to lead the industry and pioneer its future,” said Lee Trink, FaZe Clan’s CEO, in a statement.

”When FaZe first approached me and my team a few weeks ago, I was undecided about what my next move would be,” confessed Nick for the USA Today. He added: ”Over a couple of meaningful conversations, it became clear that FaZe would be a great fit to what we’re doing.”

”So stoked to have you NICKMERCS,” tweeted the Chief Operating Officer of FaZe’s Clan Ricky ‘Banks’ Banks. He continued: ”We value a lot of the same things; I love your approach to live. All around good vibes, FaZe vibes.”

According to journalist Rod Breslau, Nick left 100 Thieves since Nadeshot didn’t keep his word — that he will receive 5 percent equity of 100 Thieves. Note – 100 Thieves were valued at $125M in 2019.

”NICKMERCS tells me Nadeshot made a verbal agreement with him at the very beginning of 100 Thieves that he would get 5% equity in the company,” tweeted Rod Breslau at the end of May 2019.

“[Matthew “Nadeshot” Haag] made some promises to me, as a friend, how we were going to do it, how he was going to take care of me,” Kolcheff said. ”I don’t hate the guy, I definitely don’t hate him, but I don’t like him.”

”I’m not going to make a comment or statement on the situation at hand,” Haag said. He also said: ”I’m sorry that Nick feels the way that he does; it’s just a tough situation.”

In early June 2020, Scott Samuel “Scooter” Braun said that ”Matt never broke his word on anything he did. I think sometimes people use their platform in this world to say whatever they want to say as long as they have an audience to say it to.”

In September 2019, Kolcheff signed a Twitch exclusivity deal. ”I’ve been streaming on Twitch since 2011 when it was called Justin.TV,” declared the streamer. ”I’m thankful to have the opportunity to watch games with my followers and play alongside professional athletes at various events.”

On September 23, 2020, it was reported that he inked a three-year extension with FaZe Clan.

In 2019, NICKMERCS announced that he would be leaving LA for the Michigan suburbs. On August 4, 2020, Nick published the official house tour video.

NICKMERCS is about 5 feet 7 inches tall.

Kolcheff was nominated for ”Twitch Streamer of the Year” for the 2020 Shorty Awards.

Nick earned most of his wealth from streaming on Twitch, prize money from tournaments, advertisements, sponsors, selling merch, and ads on YouTube.

On Twitch, Kolcheff has over 6.3 million followers and about 55,000 subs (meaning about 137k in revenue per month from advertisements alone).

Nick has earned approximately $170,000 in prizes from the tournaments he participated in.

Therefore, Twitch streamer NICKMERCS has an estimated net worth of $4.5 million.

READ THIS NEXT: Who is FaZe Rain?