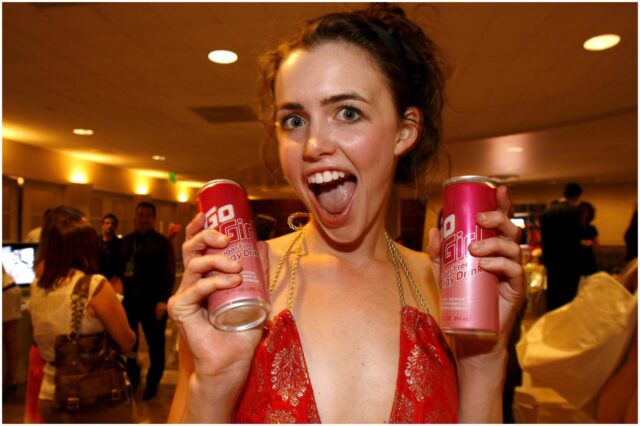 Nicole Linkletter is an American celebrity product endorser and model who won cycle five of America’s Next Top Model.

Winning the 5th cycle of America’s Next Topmodel guarantees a national advert for Ford Fusion, a 100.000 dollar contract with CoverGirl, and a contract with Ford Models.

“The camera is in love with her face.”

She graduated from Red River High school in 2003.

She appeared in Cycle 5 of America’s Next Top Model after auditioning at the Mall of America (a shopping mall that is located in Bloomington, Minnesota).

Nicole made it to the top, beating out thousands of other young aspiring models.

“She reminds me of the girls I modeled with when I was in Europe when I was 17 years old.”

As a winner of America’s Next Top Model, she won a $100,000 contract with CoverGirl cosmetics. In addition, Nicole won the opportunity to:

In 2006, she was a finals judge at the Miss USA pageant. In the same year, the young model signed with Elite Model Management, a chain modeling agency that originated in Paris.

In 2009, Linkletter was featured in a spread in Country and Townhouse Magazine in the United Kingdom as well as a spread for CLEO Malaysia for June Issue.

Also in 2009, Linkletter was featured in a spread for Elle Singapore.

On November 15, 2013, Nicole Linkletter married Adam Nathanson. Her husband runs his own branding and design studio.

”Everyone goes through stages where they feel awkward and uncomfortable, but I got used to it.”

”Talking to my family and friends keeps me down to earth.”

“I always thought I was cute, but I don’t know if everyone else agreed with me.”

”I have dreamed of being a model since I was a little kid.”

”I am most looking forward to being a Ford model and a Cover Girl and whatever comes with it.”

Linkletter starred in a commercial for PlayStation Portable.

Nicole has appeared on E! news modeling summer shorts from Alice & Olivia. Additionally, she has modeled for the E! Pre-Oscar show.

Linkletter has hosted a series of segments for VH1, in which she reported on Fashion Week.

The model was a guest on the internet talk show Covergirl’s Talk Model.

She has walked for:

When asked about how many runway shows has she done, Nicole responded:

”Quite a few, but runway doesn’t pay as well as print. Because of school, I haven’t done all the shows I could have done.”

In 2006, Linkletter was a finals judge at the Miss USA pageant.

Her favorite TV show is Gilmore Girls, a comedy-drama television series that debuted on October 5, 2000.

Nicole has appeared in advertising campaigns for:

Her favorite movie is I Am Sam, a 2001 drama film starring Sean Penn, Michelle Pfeiffer, and Dakota Fanning.

She has appeared in editorials for:

Linkletter earned most of her wealth from modeling. She is currently signed with:

After she won America’s Next Top Model, Nicole received a $100,000 contract with CoverGirl Cosmetics, a cosmetics brand that was founded in Maryland by the Noxzema Chemical Company.

Therefore, fashion model Nicole Linkletter has an estimated net worth of $2 million.

READ THIS NEXT: What is Lori Stokes’ salary?