Nirmal Purja—sometimes known as Nims or Nimsdai—is a Nepal-born British mountain climber who has dominated the mountaineering scene and taken out some impressive world records.

He’s also had a pretty varied career, with roles in the army, the navy, and on television.

This iconic mountain climber climbed all 14 of the world’s highest peaks—known as the eight-thousanders—in 6 months and 6 days.

He also scaled Mount Everest, Lhotse, and Makalu within 48 hours—and he was the first person ever to do it.

As if these incredible, world-record breaking feats weren’t enough, Nirmal Purja had another trick up his sleeve for 2021: he was part of a 9-man team that completed the first ever ascent of K2 in winter.

There’s a lot to take in when we talk about Nirmal Purja—but we’ve tried to condense it for you here.

This is what you need to know. 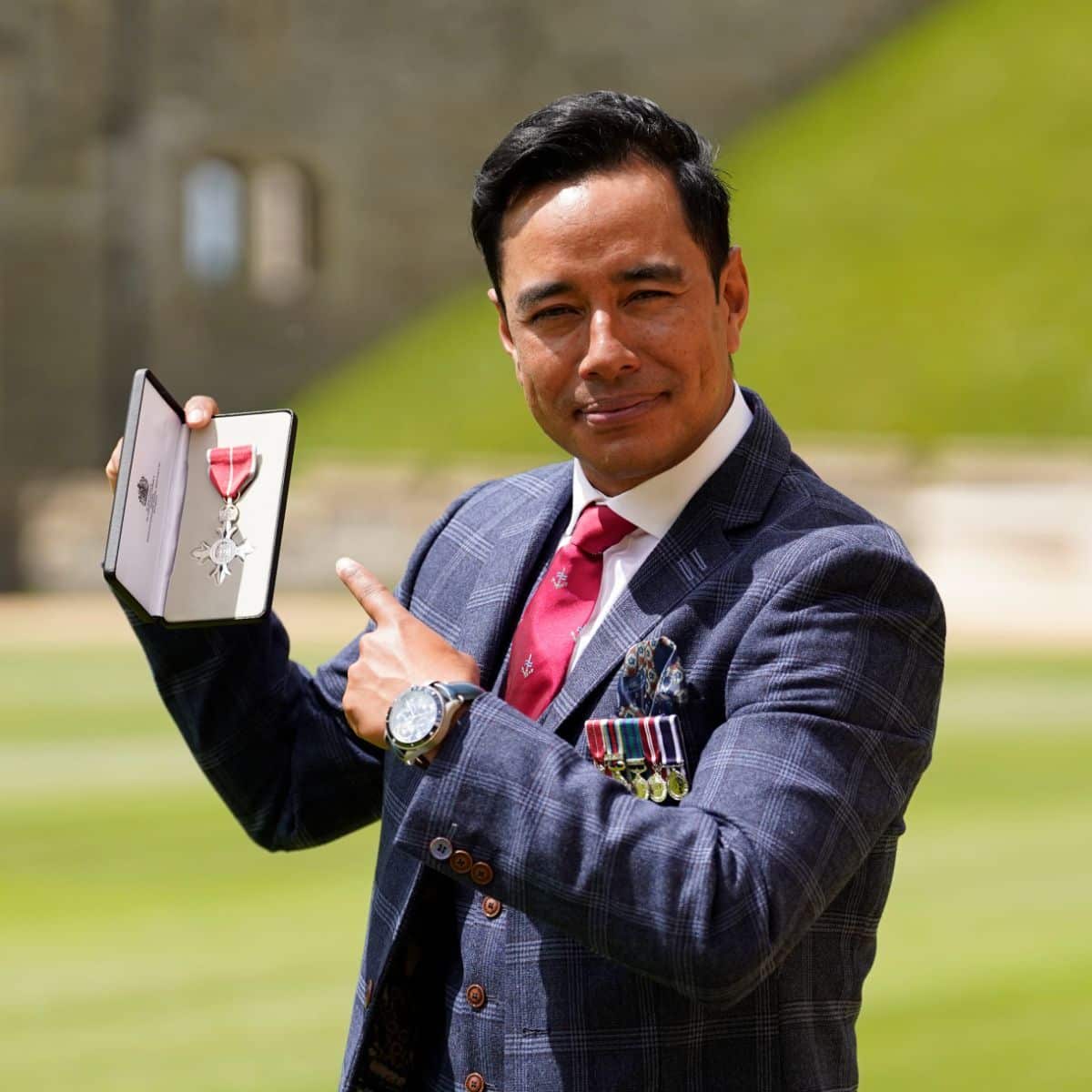 Purja’s village sits at 1,600 m above sea level, and the family left in 1987 to move lower down in Nepal—to the Chitwan District near Kathmandu.

Nirmal’s father was a Gurkha soldier, and his mother had a background in farming, so the family was known to be very resourceful.

Thanks to the Nepalese caste system, though, they were also ostracized.

Nirmal’s parents came from different castes—they had fallen in love, against their families’ wishes—and so they were cut off financially and socially.

Nirmal Purja now lives in Hampshire in the UK, with his wife Suchi Purja—a British Nepalese dental hygienist and therapist.

Suchi is the daughter of a Gurkha soldier, Tej Gurung, and his wife Suku. 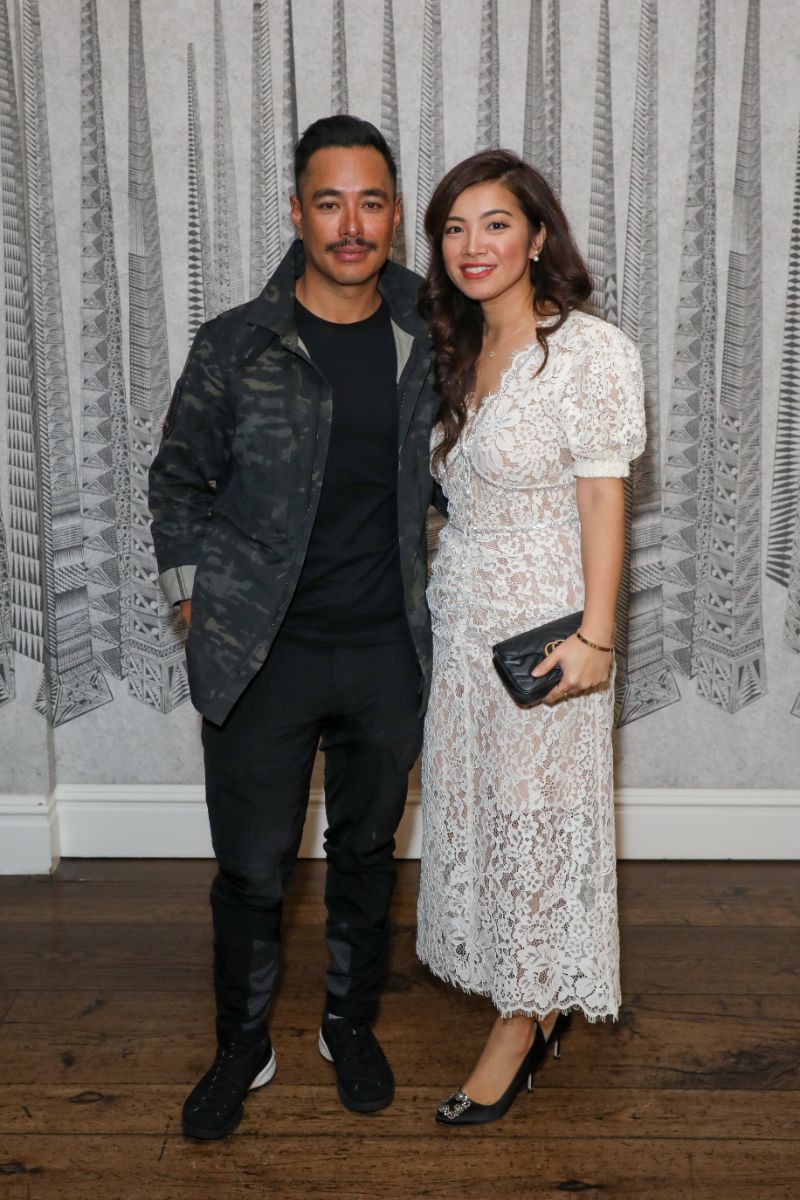 The family is of the Hindu faith, and they have a dog named Enzo.

Purja shared in an interview that they “came from a really poor family.”

He remembered as a child he didn’t have flip flops, but thanks to his hard working parents—and three much older brothers who served in the military—eventually the family was able to send Purja away for school.

Nirmal attended an English-speaking boarding school, and took advantage of the many opportunities his education opened up to him.

He took up kickboxing.

Educated, driven, and only 20 years old, Purja joined the ranks of the British Army in 2003.

He signed on with the Brigade of Gurkhas—a collective name that is used to refer to all the British Army’s units which are made up of Nepalese Gurkha soldiers.

Gurkha history hails back to a time when the Nepalese forces served for the East India Company, and later the British Indian Army—before India was able to secure its independence from the colonial forces.

Gurkhas carry a heavy, curved knife, and are known for their bravery, heroism, and stamina.

From there, Purja joined the Royal Navy’s Special Boat Service in 2009.

He was the first Gurkha to ever make the elite unit. He became a cold-weather warfare specialist but was wounded in combat after a sniper bullet hit him.

In 2018, Nirmal retired from the Special Boat Service as Lance Corporal to focus on mountaineering.

The move was risky for Purja, who was relied upon to provide for his family at home in Nepal.

It was, he says: “a life-changing” amount of money to give up. 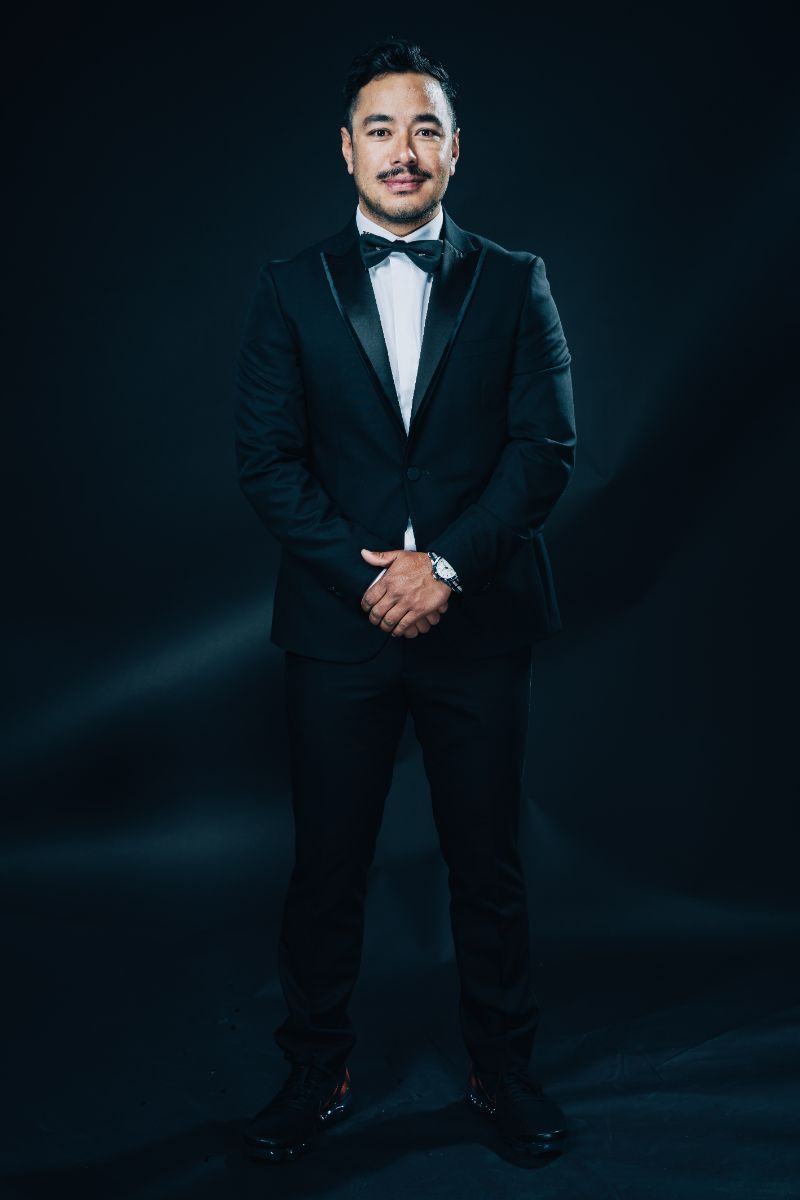 Purja made his first major ascent in the Himalayas in 2012, reaching the Lobuche East summit with no experience as a mountain climber.

The achievement was incredible for an amateur.

Less than two years later—and with a little more training and experience under his belt—Nirmal went for his next ascent.

This was his first ascent of an eight-thousander—Dhaulagiri—and he reached the summit on May 18, 2014.

The return trip was 15 days, and Purja was starting to catch people’s attention.

In May of 2016, Purja climbed Mount Everest.

The next year he was the expedition leader for the G2000E—Gurkha Expedition—in which 13 Gurkhas climbed to the summit of Everest to commemorate 200 years of Gurkha service to the British Empire.

He was awarded an MBE by Queen Elizabeth II the following year.

The project was Purja’s challenge to himself: to reach all 14 eight-thousand meter summits in the world within seven months.

He started on April 23, 2019, and a month later, he had already completed Annapuma, Dhaulagiri, Kanchenjunga, Everest, Lhotse, and Makalu.

Purja broke his own world record by climbing Everest, Lhotse, and Makalu in 2 days and 30 minutes.

On October 29, 2019—after some negotiations between the Nepali and Chinese governments over Purja and his team climbing Tibet’s Shishapangma—Project Possible 14/7 was complete.

Purja earned most of his wealth from serving in the UK military as well as from high-altitude mountain guiding.

Nirmal is the author of “Beyond Possible.” The book has over 3k ratings on Amazon.

Therefore, Nirmal Purja has an estimated net worth of $2 million.

READ THIS NEXT: Greg Lippmann bio