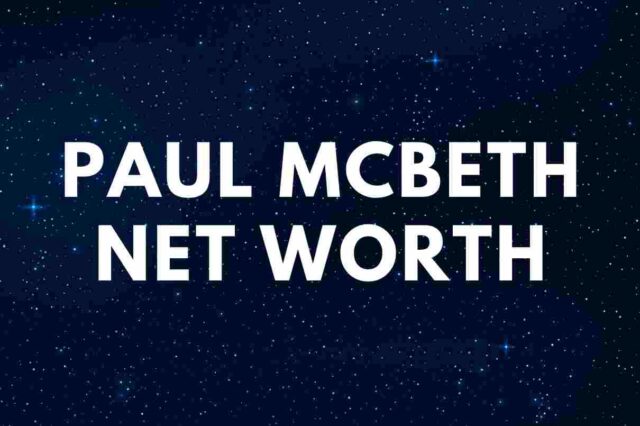 In the 2015 season, Paul never placed outside the top 3, won an astonishing 19 of the 25 tournaments he entered, and won disc golf’s first-ever Grand Slam.

Paul turned pro in 2008. Later that year, he received the PDGA Male Rookie of the Year Award.

In 2012, Paul won his first PDGA World Championships. The runner-up was Richard Wysocki.

In 2013, he won the Copenhagen Open and his second PDGA World Championships in Crown Point, Indiana. The runner-up was David Feldberg.

In 2017, McBeth won nine tournaments, including the European Open in Nokia, Finland.

In 2018, he won USDGC Championship on the Winthrop University Gold Course in Rock Hill, South Carolina.

In 2021, he won his 16th career major at the US Disc Golf Championship.

“The foundation has been a dream of mine since 2013,” Paul stated.

He proposed in 2017. ”She said YES! I’m so blessed. We are so incredibly excited to take this next journey in our lives together,” Paul wrote on Instagram. ”Thank you, everyone for the support and love we’ve been given throughout the years.”

The couple bought a home in December 2017.

McBeth earned most of his wealth from sponsors and the prize money (over $600k) he received from the tournaments he participated in.

”My goals aligned perfectly with Discraft’s model, and the openness that Discraft has with their players and employees has made this transition easier than I ever expected,” McBeth told Ultiworld Disc Golf. He went on to say: ”We have a very similar vision for the future and the growth of the sport, and there is no better time than now to start in heading that direction.”

In February 2021, McBeth signed a $10 million endorsement contract with Discraft to represent the company through 2031.

”It’s mind-blowing to me to think about that 17-year-old me – or even before that, 14-year-old me – made the right move back then to put myself in this position and be able to propel the sport to potentially the next level,” Paul stated.

From 2005 to 2018, he was sponsored by disc golf brand and manufacturing company Innova Champion Discs.

Other brand deals are with Adidas Terrex and Celsius.

READ THIS NEXT: Who is Paige Spiranac?