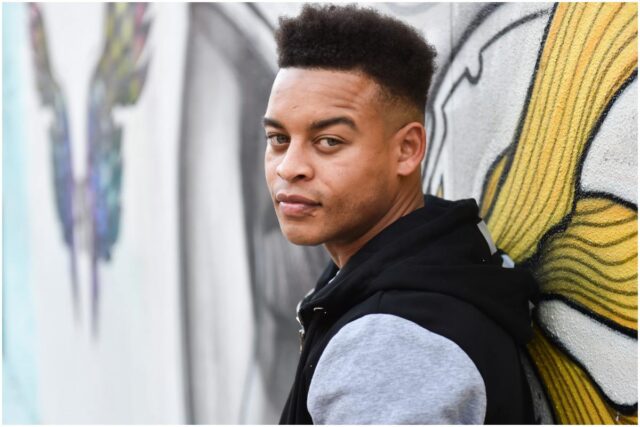 Robert Ri’chard is an American film and television actor, YouTuber, and fitness enthusiast best known for his roles as Bobby Walker on the ”Cousin Skeeter” and Arnaz Ballard on ”One on One.”

He was born on January 7, 1983, in Los Angeles, California, USA, as Robert Andrew Ri’chard.

In 1997, he portrayed Clay Crosby in ”In His Father’s Shoes,” a drama film directed by Vic Sarin. For his performance, Ri’chard was awarded a Daytime Emmy Award for Outstanding Performer in a Children’s Special in 1998.

From 1998 to 2001, he performed as Bobby Walker in 58 episodes of Cousin Skeeter, a children’s sitcom on Nickelodeon.

From 2001 to 2006, Ri’chard portrayed Arnaz Ballard in 116 episodes of One on One, a sitcom in which also starred Ray J as Darrell “D-Mack” McGinty, Jonathan Chase as Cash Bagan, Camille Mana as Lisa Sanchez, Kelly Perine as Duane Odell Knox, Sicily as Cloteal “Spirit” Freedom Jones, Kyla Pratt as Breanna Latrice Barnes, and Flex Alexander as Flexter Alexander “Flex” Washington.

In 2012, Ri’chard appeared in 3 episodes of the television series The Vampire Diaries.

In 2015, he starred in Chocolate City, a comedy-drama film directed by Jean-Claude La Marre.

He played Michael, a college student who stumbles into stripping as a way to help his mother. Ri’chard credits workouts and lemons for his muscular pecs and arms displayed in the film.

From 2017 to 2019, Robert starred as Max Barringer in 18 episodes of ”The Rich & the Ruthless,” a web TV comedy series loosely based on The Young and the Ruthless and Secrets of a Soap Opera Diva.

In February 2020, Ri’chard received an award at the 6th annual Diamond Awards. Also in 2010, Robert appeared in 3 episodes of Empire as Julian.

Between 2003 and 2005, he dated Kyla Pratt, an American actress and musician who is part of VH1’s Black Ink Crew: Compton. Pratt also played the daughter of Eddie Murphy’s character in the films Dr. Dolittle series as well as Breanna Latrice Barnes in One on One.

In 2014, Ri’chard dated Vivica A. Fox, a model and actress who played Will Smith‘s girlfriend on Independence Day.

”Gotta love and appreciate those who walk by your side always and breathe life into all your dreams.”

”No matter what pitch you’re throwing, I’m swinging for the fences.” (LA Times)

”Look at your external surroundings and ponder if you affect the space with care, order, and love.”

”I am in that position to be that person who can inspire someone.” (Fox5)

Ri’chard earned most of his wealth from performing in 61 movies and TV series, including – Throwback Holiday, The Vampire Diaries, The Man in 3B, Empire, The Rich & the Ruthless, Chocolate City, Chocolate City: Vegas, A Beautiful Soul, Eight Days a Week, and One on One.

Therefore, American actor Robert Ri’chard has an estimated net worth of $1 million.

READ THIS NEXT: Who is Quvenzhané Wallis?