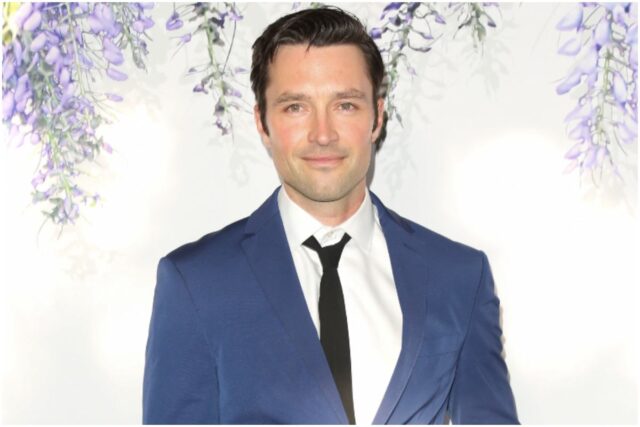 Carlo Marks is an American actor best known for his role as Eddie in 2013’s Scarecrow. He’s also amassed a major following thanks to his television role in the long-running hit show, Pretty Little Liars.

Marks has been acting since he was a kid, and along the way, he’s gained a lot of insight into life in the spotlight.

Here’s what we know about the talented actor and avid traveler.

Carlo Marks was born in Tofino, Canada, on August 24, 1982. His father hailed from Oregon in the US, and his mother was from California.

The pair married and moved to Canada in the early 80s, where they settled in British Columbia.

When people say that acting is in someone’s genes—they could easily be talking about Carlo Marks.

Both Carlo’s parents had a love of acting, and they did community theater together in Tofino.

Carlo’s father had a passion for directing, and his mother enjoyed creating costumes and working on sets and props in her spare time.

Carlo and his sister—also born in Tofino—grew up around the theater, and were involved in numerous plays even at a very young age.

Carlo’s parents encouraged him to take classes, which he did. He attended the University of Victoria to get his degree. He also starred in ads until he broke into the TV and film world in 2005.

Carlo Marks has been in a relationship with Shivani Ruparelia since early 2017.

Ruparelia, who worked as an occupational therapist at Mitchell Martin for 11 years, lists her current role as owner and designer of Howl + Honey.

Carlo Marks has secured a lot of acting work since his first TV role in 2005, playing a jock in the short-lived Pure Pwnage series.

His acting career began in Toronto, but the restless traveler has also taken on roles in Vancouver before relocating to the United States to try his hand in the mainstream acting world.

He was in two seasons, and technically he was playing two separate characters. That’s because the character Marks was cast as a Dr. Jeykll / Mr. Hyde-type, so he had to play both a good guy and a bad guy at the same time.

One of Marks’ earlier film roles—in Victoria, British Columbia—was a movie called To Be Fat Like Me.

The movie was produced by Lifetime and featured Big Bang Theory beauty, Kaley Cuoco, and Caroline Rhea from Sabrina: The Teenage Witch. This movie marked his first big role.

The director of the film was enthusiastic about Marks’ audition, but the young actor wasn’t so sure of his chances.

The producers were hesitant about casting an unknown—at the time, Carlo had no film credits to his name—as a male lead.

After his audition, Carlo figured he didn’t win the role and moved on. Then one day he got a call to say he got the part—and he’d need to be on location the following day.

While visiting his hometown, Carlo decided to audition for a role he’d heard about. He taped the audition in his childhood bedroom—and things didn’t go as planned.

Carlo didn’t have anyone to read the other lines, so he called a friend to help him. In the final audition tape, the other person’s voice isn’t audible. The video also shows Carlo’s clothes and books and basic bedroom furnishings in the background.

Regardless, the director liked what he saw from Carlo, and he was cast in the Hallmark hit, Chesapeake Shores.

The show is filmed on Vancouver Island, close to Carlo’s childhood home. He starred in 19 episodes of the show.

He has since built a strong relationship with the film company, playing the male lead role in Moonlight in Vermont opposite Lacey Chabert, and Angel Falls: A Novel Holiday opposite Jen Lilley.

In 2020, Marks performed in ”Love in Store,” ”Love at Sunset Terrace,” and ”Christmas with the Darlings.”

Actor Carlo Marks has an estimated net worth of $1 million.

Marks earned most of his wealth from more than 25 TV series, short films, and movies, including – Chesapeake Shores, The Flash, Sleepwalking in Suburbia, Pretty Little Liars, and Stargate Universe.

Feel like catching a Hallmark movie? You can watch Chesapeake Shores here.

READ THIS NEXT: Charles Levin Cause of Death