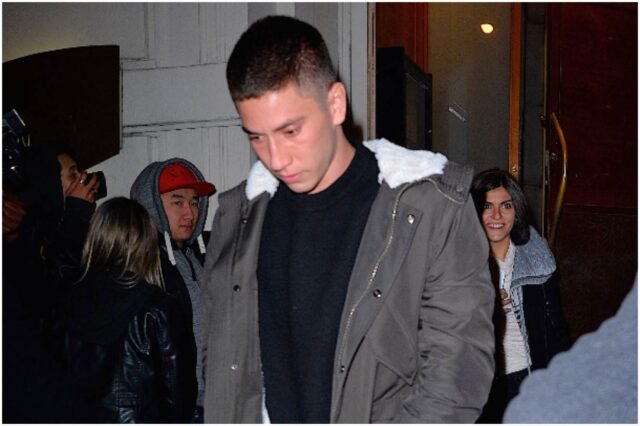 Samuel Krost is an American Instagram celebrity and fashion designer who rose to fame due to his relationship with singer Selena Gomez. Samuel is also the founder of a company named – ”Krost.”

Samuel grew up with two sisters and a brother.

”I grew up in a small town outside of New Jersey, just an hour outside of Manhattan, in a very close-knit community.”

Krost earned a degree in business from New York University, a private research university that was founded in 1831.

From 2013 to 2014, he worked for Onia (a New-York based clothing company) as a visual and sales merchandising executive.

”I ended up interning with a brand called Onia, a men’s luxury swimwear brand, which was an incredible opportunity.”

From 2014 to 2015, he worked at Helmut Lang (a fashion and apparel company) in the same position he had at Onia.

In 2017, he co-founded Humanity Studio, a company that is focused on accelerating businesses at the intersection of technology, digital media, and consumer products.

In September 2018, Samuel started a company called KROST LLC, a company that is focused on raising awareness on issues like suicide, bullying, and mental health through their designed clothes.

According to the company description:

“Krost proposes a progressive vision of minimalist luxury fashion rooted in the idea of friendship.”

For one of their first projects, they teamed up with Nouvelle Administration, a Montreal-based branding agency to create a $60 T-shirt to honor the seventeen lives lost during the Parkland shooting on February 14, 2018.

The T-shirt featured flower petals to commemorate the dead and the phrase:

All the proceeds from T-shirt sales were donated to the March For Our Lives organization, a student-led demonstration in support of legislation to prevent gun violence in the US.

During an interview, Samuel talked about the reason he started his company:

“March for Our Lives was the inspiration that moved me to go and try to create this company.”

He started the company with the help of one of his friends from school, Scott Camaran.

“Sam and I kind of always vibed really well because of our tastes and age range – similar influences.”

Caran and Krost believe in being positive influences and support for their communities, friends, and families.

In November 2015, it was reported that Samuel Krost was spotted holding hands with Selena Gomez. At one point, Selena appeared to wrap her arm around him and sit on his lap at the dinner table. Later, Selena and Krost were joined by Cully Smoller, a model and actor.

In addition, Samuel uploaded a picture on his Instagram account with a caption, ”I Love You, Selena.” However, Krost later deleted the picture.

In January 2016, Krost and Gomez were seen at the Beverly Hills hotspot SLS hotel. Samuel rocked a plain white t-shirt and a black jacket, while Selena looked classy in a little black dress.

After several days, Selena confirmed that she has a new love interest in fashion executive Krost. They broke up after less than a year.

Samuel admitted in an interview that he and Selena had briefly dated around fall and winter of 2016.

Samuel appears to have close ties to Selena’s circle of friends, including Bella Hadid and Gigi Hadid.

At the start of 2019, Krost was spotted hanging out with American fashion model Gigi Hadid. Some even said that the two were dating.

However, during an interview, Gigi Hadid made it clear that she and Samuel don’t have “a thing” and they are just close friends.

Fyre Festival was the most talked-about festival experience of 2017.

It promised a VIP experience on the island of Great Exuma in the Bahamas, but, the festival turned into a nightmare situation as attendees had to eat only cold cheese sandwiches and were stranded with half-built huts to sleep in.

Krost was featured in a new Netflix documentary about the Fyre Festival scandal. At the time, he working for FYRE Media to book all the artists for Fyre Festival.

The Fyre Festival spawned lawsuits against the event’s organizer – Billy McFarland. Bill was later sentenced to six years in prison.

”Over that course of the year, no MBA program or business school could teach me the lessons I learned watching this guy run the company exactly how you shouldn’t.”

READ MORE: Who is David Grutman?

”‘Second Semester’ is a continuation of our ‘First Semester’ collection.”

Krost earned most of his wealth from managing his company, KROST LLC. In addition, he co-founded another company – ”Humanity Studio.”

Therefore, fashion designer Samuel Krost has an estimated net worth of $2 million.

READ THIS NEXT: Gone with the Wynns Net Worth