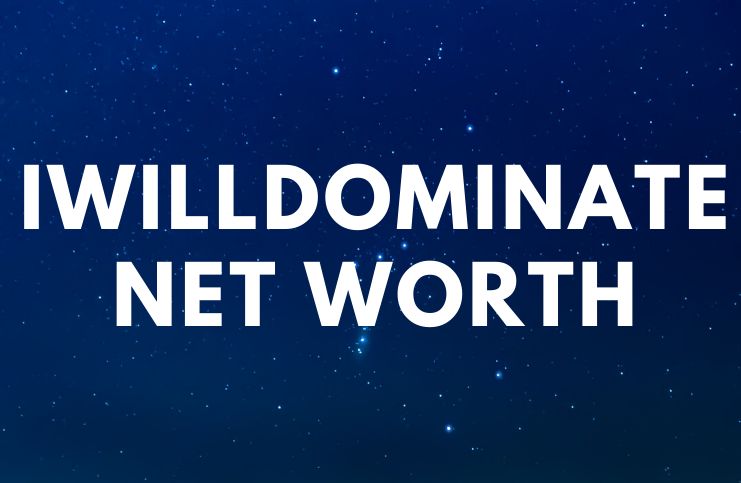 IWillDominate (real name – Christian Rivera) is an American League of Legends player who was a Jungler for Team Liquid.

Currently, Rivera streams on Twitch for Team Liquid. He has over 734,000 followers on the platform.

As a child, Christian was obsessed with video games, particularly with Donkey Kong (a series of video games featuring the adventures of a gorilla character) and Super Mario.

During college, Rivera started to play League of Legends, one of the largest esports in terms of both player base and viewership for many years. For example, in January 2014, more than 67 million people played LoL per month. In September 2016, the number has risen to 100 million.

In December of 2012, Christian was suspended from LoL for one year due to toxic behavior. Later, he started a new account with the name “IWDomínate.”

After he reached a 2.2k Elo rating (a method for calculating the relative skill levels of players), Rivera started to stream on Twitch.

At the same time, he was playing on competitive tournaments.

Note – although Rivera had been banned from the game, the streamer was still able to compete in other events.

On July 7, 2013, Christian announced that he is taking a break from competitive play. The announcement came about seven days after losing to FXOpen e-Sports 1-2 in the semifinals of the MLG Spring Championship.

Later that year, he announced he would be the jungler for Curse Gaming.

Based in the Netherlands, TL is a multi-regional professional esports organization which was founded in 2000.

Rivera joined Team Liquid in January of 2015 after Team Curse merged with TL.

However, Rivera continued to stay with Team Liquid organization to temporarily substitute for TL Academy in the NACS as well as to act as a positional coach to his successor Dardoch. Soon, Dardoch was recognized as one of the best rookies in North America.

Christian typically streams on Twitch for multiple hours at a time and has an average of 5,000 viewers.

His channel is listed as the #7 most-watched English LoL channel.

As of October 2019, Christian’s Twitch channel has more than 51 million views.

Christian started his YouTube channel on March 20, 2013. The channel currently has over 428,000 subscribers and more than 148 million views.

The most popular video on his channel is titled – ”IWD VISITS BRONZE (Broken Flex Queue Edition).” The video was published on November 16, 2016, and it has more than 1.9 million views.

His second most popular upload is called – ”The Hashinshin Story.” The video has over 1.8 million views, and it was uploaded on July 25, 2016.

There are rumors that Rivera is romantically involved with Fasffy.

”With video games, it’s all mental. If you are good enough and you practice hard enough, you can get to the top.”

”Gratitude stream today, giving thanks to Marc Merril and riot games for creating careers for all of us who would otherwise be completely useless.”

”If I’m irrelevant stop bring me up all the time.”

”Even if you don’t watch Dota, if you’re not watching LGD vs TL right now idk what you’re doing.”

”Weird as f### that I keep seeing my name pop up in every thread as someone who is irrelevant.”

“Winning is above being happy in my mind.”

”Why would Louis Vuitton want to sponsor a game which mainly consists of 18-24-year-old male broke college kids?”

In 2019, Rivera was banned by Riot Games after he started a 24-hour Twitch stream. He has just purchased a new League of Legends account. According to Riot Games, the reason for the ban was suspicious activity. Nevertheless, Christian was not too concerned by the ban since it wasn’t his main account.

His favorite champion in League of Legends is Shaco.

In 2012, Rivera destroyed his headset at MLG Pro Circuit/Spring (the 2nd Major League Gaming Championship event of the LoL 2012 season) after beating Counter Logic Gaming (the founder of CLG is HotshotGG) to advance to the winner’s bracket finals.

Other famous League of Legends players are:

Christian earned most of his wealth from playing League of Legends. From 2010 to 2016, Rivera played the game competitively.

Out of the 25 tournaments where he received a monetary prize, the largest was $6,000. His total earnings from League of Legends tournaments are over $41,000.

In addition, he earns money from his long list of sponsors including – SAP, Ballistix, Crunchyroll, Monster, Alienware, NeedForSeat, and HyperX.

Also, Rivera streams on Twitch, a platform that lets people stream video of themselves playing games. On the platform, a streamer can make money from ads, sponsors, donations, and subscribers. For every subscriber, a streamer receives $2.5. Currently, IWillDominate has over 3,000 subscribers, meaning $7,500 in revenue per month.

Moreover, Christian has a YouTube channel with over 150 million views, meaning $300,000 in revenue. Therefore, IWillDominate (Christian Rivera) has an estimated net worth of $1.6 million.