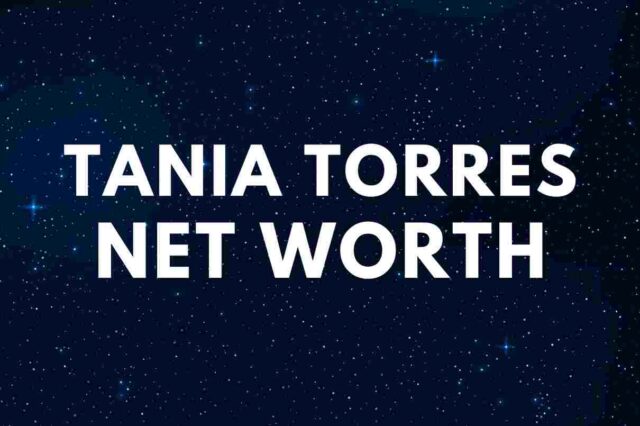 Her mother, Tia Torres, is a television personality and author, who founded Villalobos Rescue Center, one of the largest dog centers in the United States. In her early years, Tia served in the US Army.

Her dad was a gang member.

She helps her mother Tia to run the Villalobos Rescue Center in New Orleans, where they rescue dogs. She said about the dog rescue center:

”At Villalobos, it’s our goal to save as many dogs as we can with the hopes that they will all eventually know what a true, loving home feels like.”

Tania has three dogs of her own, an English bull terrier, a French bulldog, and a pit bull named Bluie, that were all rescued by the Villalobos Rescue Center. Unfortunately, Bluie died several years ago.

After a popular LA magazine dubbed her mother as one of the “Most Important People” in LA due to her heroic act in rescuing abandoned dogs, Tia was contacted by several companies to start a reality series.

Her mother said in an interview:

”It was then that our lives took a very unexpected turn.​ Production companies began contacting us about doing a reality show.”

Eventually, Tia agreed to host Pit Bulls & Parolees due to the high expenses (over $25,000 per month) to keep Villalobos Rescue Center running.

The main focus of the reality series is the interaction between Tia and her children as well as the regular operations in Villalobos Rescue Center.

Perry was born in Westwego and works at Villalobos Rescue Center.

Tania wore a black dress for her wedding ceremony.

At the time of writing, Tania Torres and Perry are still married. Sanchez still works at Villalobos Rescue Center, according to his Facebook page.

In 2017, the couple welcomed a daughter, named Salem-Wolf Clementine.

”Salem is obsessed with Night of the Living Dead. She keeps saying she wants to hang out with her braaaainnnns.”

Tania has many tattoos, including the words “elephant shoes” tattooed on her legs.

”Never let them steal your magic.”

”Rebel girl you’re the queen of my world.”

”Nothing beats the rain on a tin roof.”

”We chased the sunset and we won.”

She has a bird named Cash.

Torres makes most of her money from working at Villalobos Rescue Center as well as appearing on Animal Planet’s reality TV series Pit Bulls & Parolees.

In addition, Tania has worked as a camera operator, floor manager, or actress in several movies and TV shows, including – Let’s Talk, Candid Conversations, Face 2 Face, and Dirty Jokes the Movie.

Therefore, American reality star Tania Torres has an estimated net worth of $350,000.