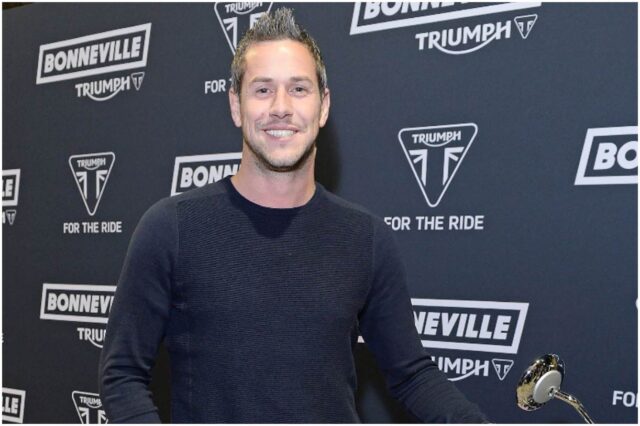 What is Ant Anstead’s net worth?

He went to Richard Hale School, Hertford. Since he was young, Ant was a ”car nut.” He said for Influx:

”As a kid, I always had Lego and Mecchano, model sets.”

Anstead went on to say:

In 1999, he joined Hertfordshire Constabulary (the territorial police force that is responsible for policing the county of Hertfordshire in England) and became a Police Constable first stationed at Bishop’s Stortford.

Later, Ant became a member of the Tactical Firearms Team in Welwyn Garden City, one of the force’s most elite units.

The World’s Most Expensive Cars

In 2014, he started his own TV production company, producing his own show – The World’s Most Expensive Cars.

He was also part of ”For the Love of Cars,” an automotive show that was broadcasted on Channel 4 in the UK.

In 2017, he started to co-host Wheeler Dealers, a British TV series originally produced for the Discovery Channel.

On May 17, 2018, Anstead published a book titled – ”Cops and Robbers: The Story of the British Police Car.”

In the book, he takes a look at the classic cars that were part of the British Police Car.

In 2005, Ant Anstead married Louise Herbert. The couple dated for nine years before tying the knot. They divorced in 2017.

In October 2017, Ant Anstead began dating Christina El Moussa (now Christina Anstead), an American television personality who is best known for co-hosting the HGTV series Flip or Flop. In 2017, she presented at the Daytime Emmys.

The pair first met in late 2017, about a year after her split from ex-husband Tarek El Moussa. Ant and Christina met through a mutual friend. She said:

”At the end of 2017, I was lucky enough to be introduced to this guy through a mutual friend.”

In an interview, Christina confessed:

”We have a very similar job so we understand each other’s work hours and everything that goes into that.”

On September 18, 2020, Anstead and Christina announced their separation. ”I think everybody knows this was not my decision,” he said in December 2020.

With his second wife, he has a son (Hudson London Anstead), who was born on September 6, 2019. Christina has two children from her marriage with Tarek El Moussa. Christina wrote on Ant’s birthday:

”He’s an amazing dad to his children and also great with mine, driven and talented, humble and kind, patient and a great listener, fun and hilarious, spiritual and to top it all off he’s hot AF.”

”I am actually happy for her. I think it’s a great thing, I think they get along well.”

”And most importantly it’s good for my children.”

At the end of 2019, Christina revealed she is done having kids. She said for US Magazine:

”It’s all about perspective. And tea. Actually, it’s mostly about tea.”

”Craft allows expression, experimenting, and mistakes. It covers such a wide range of skills that it can spark a hidden passion.”

READ MORE: Who is Stephen Espinoza?

Ant said about his first car:

”My first car was an MG Midget. Called Bridget… I loved that car! Vermillion orange with a tatty, ripped black hood and tons of rust!”

”All my friends were rolling around in Astras and Metros, but I had a classic 70’s sports car.”

He played semi-professional football for more than 15 years playing over 700 matches at the conference level.

During his police career, he received two commendations for acts of bravery.

Anstead earned most of his wealth from his work on Discovery Channel show Wheeler Dealers as well as on the Channel 4 motor show with actor Philip Glenister.

In 2022, Anstead served as the executive producer of the documentary “Radford Returns.’

Therefore, English television presenter Ant Anstead has an estimated net worth of $6 million.

READ THIS NEXT: Biography of Mike Stoklasa