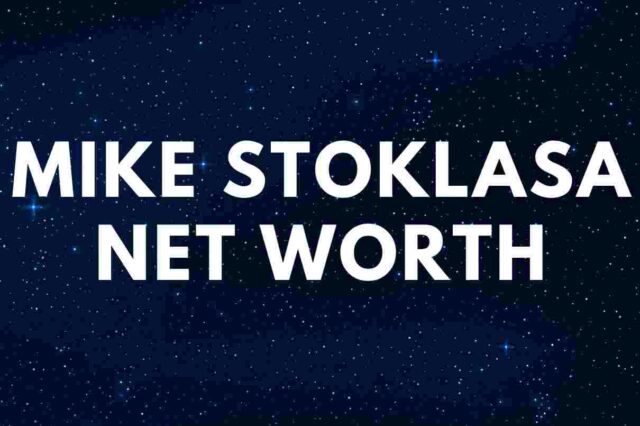 Mike Stoklasa is an American YouTube movie reviewer, director, and writer, who gained fame for his fictional persona Mr. Plinkett.

Stoklasa is best known for Revenge of the Sith Review, Attack of the Clones Review, and The Phantom Menace Review.

His reviews are always incredibly insightful and are truly professional in their critique.

The Daily Telegraph described his movie reviews as being more popular than the actual films.

Mike was born on November 14, 1978, in the USA. Not much is known about his childhood, studies, and family.

RedLetterMedia was created on September 29, 2007. Currently, it has over 625 million views and more than 1.21 million subscribers.

In 2009, Mike posted a 70-minute review of the 1999 film “The Phantom Menace” presented by his character Harry S. Plinkett – a grotesque, socially isolated old man. The review took about 10 days to complete. It was posted in 7 parts on YouTube.

The opening line was:

“Star Wars: The Phantom Menace’ was the most disappointing thing since my son.”

On April 3, 2010, Stoklasa posted a review of the “Attack of the Clones” on YouTube. In the review, he presents his thoughts on the romance between Padmé Amidala and Anakin Skywalker.

In addition, he makes the allegation that Samuel L. Jackson was brought in the Star Wars franchise to appeal to a wider audience and boost the box office.

On December 31, 2010, he uploaded a 110-minute review of the Revenge of the Sith on YouTube. In the review, he said that the only character he liked was Palpatine.

“You’re mesmerized by all the visuals and excitement on screen, but if you really stop and listen you’ll realize that almost every line and every action makes no sense and is just there to get to the next special effects scene.”

In 2016, Red Letter Media released the feature-length film “Space Cop.” The film stars Bauman, Jocelyn Ridgely, Mike, and Rich Evans. It is about a destructive and impulsive police officer from the future of 2058 who accidentally travels back in time to 2007.

On October 2, 2016, he released “Mr. Plinkett’s The Star Wars Awakens Review” on YouTube.

In 2017, Mr. Plinkett’s Ghostbusters (2016) Review video was released on his YouTube channel.

In 2018, Red Letter Media’s Mr. Plinkett releases a video review of Star Wars: The Last Jedi. In the review, Mike makes a connection to Star Trek: The Next Generation and National Lampoon’s Vacation.

The review also includes deleted scenes, a documentary about the making of the film, and behind-the-scenes footage to argue his points. He calls the film a “comedy of errors.”

In January 2020, Red Letter Media released on YouTube a review for Star Trek: Picard – a TV series created by Alex Kurtzman, Michael Chabon, Akiva Goldsman, and Kirsten Beyer. In the 40-plus minute review, Rich and Stoklasa talk about the first episode, Remembrance.

Half in the Bag

It is a web series by Jay and Mike in which the two review movies. The show often features Plinkett portrayed by Evans.

The first episode premiered in 2011, with a review of Drive Angry, a film directed by Patrick Lussier. Some of the stars are – Tom Atkins, Katy Mixon, Charlotte Ross, Billy Burke, William Fichtner, Amber Heard, and Nicolas Cage.

Stoklasa managed to keep his personal life private, hence, there are no reports of whether he is married or not.

According to some rumors, Mike Stoklasa is dating Jessi Nakles, a producer and actress.

”We’ve always been independent and I’d probably want to stay that way for a while.”

Mike has stated that his favorite movies are:

He adopted the persona of Harry S. Plinkett since Mike thought that his own voice sounded “too boring” for the movie reviews.

He said about Plinkett in an interview:

“Plinkett is a bit of an alter ego I suppose. He’s sort of the embodiment of complaining about stuff. Personified irritation.”

He starred in 5 seasons of the web sitcom The Grabowskis, a web series about a dysfunctional blue-collar family living in Milwaukee.

Stoklasa earns most of his wealth from managing the company Red Letter Media. The video production company has multiple streams of income, including ads on their YouTube channel, DVD rentals, and donation on Patreon.

On Patreon, Red Letter Media has over 10.600 patrons. The minimum monthly donation is $2. This means that Red Letter Media receives a minimum of $21,120 every month from donations on Patreon alone.

Mike said about Patreon – ”We chose Patreon because it seemed like a new and interesting way to do a kind of voluntary subscription service to our site.”

Therefore, YouTuber star Mike Stoklasa has an estimated net worth of $1.5 million.

READ THIS NEXT: Meet Tia Torres from Pit Bulls & Parolees