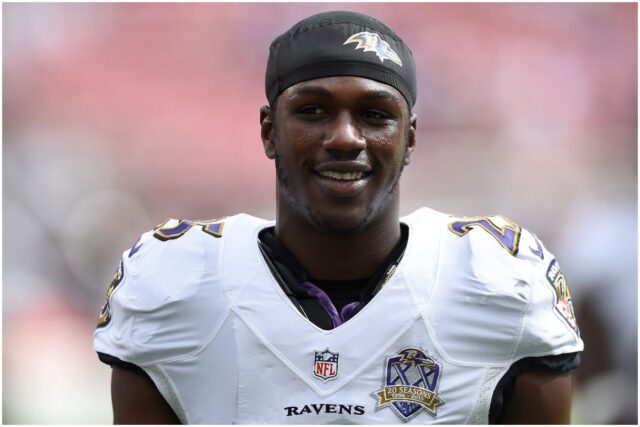 Tray Walker was an American professional football player who played in the NFL for the Baltimore Ravens.

Walker only played in eight games as a rookie on defense.

During an interview, Tray said he was upset with his lack of playing time. He also said: ”I’ll learn from this season and hope that I can come back strong next year and get on the field and make the plays they want me to make.”

On March 17, 2016, Tray was seriously injured after the dirt bike he was riding collided with an SUV at an intersection in Miami at approximately 7:50 p.m. The accident occurred less than two miles from where Tray attended high school.

He was then transported to Jackson Memorial Hospital in Miami in ”extremely critical condition.”

Walker died on March 18, 2016, from injuries he sustained from the accident.

”Walker was heading westbound on Northwest 75th Street on a Honda dirt bike with no lights and wearing dark clothing when he collided with a Ford Escape heading southbound on Northwest 21st Avenue at approximately 7:50 p.m.,” stated the Miami-Dade police department in a press release.

His agent, Ronald Butler, said that doctors had done everything they could for Tray.

”The loss of this young man is a terrible tragedy, and this is a sad day for everyone in the National Football League,” declared NFL Commissioner Roger Goodell. He added: ”Our thoughts are with Tray’s family and friends, his teammates, and the entire Baltimore Ravens organization.”

”This is very hard to wrap my head around, and I am devastated,” quarterback Joe Flacco said.

Head coach John Harbaugh declared: ”The thing I loved the most about this guy, this young man, was that Tray Walker smile.”

”He was humble and loved everything about being part of the Ravens’ team,” said Ravens coach John Harbaugh. He continued: ”May he rest in the Peace of Christ Jesus forever.”

Therefore, at the time of his death, Tray Walker had an estimated net worth of $0.4 million.

READ THIS NEXT: Who is Garrett McNamara?