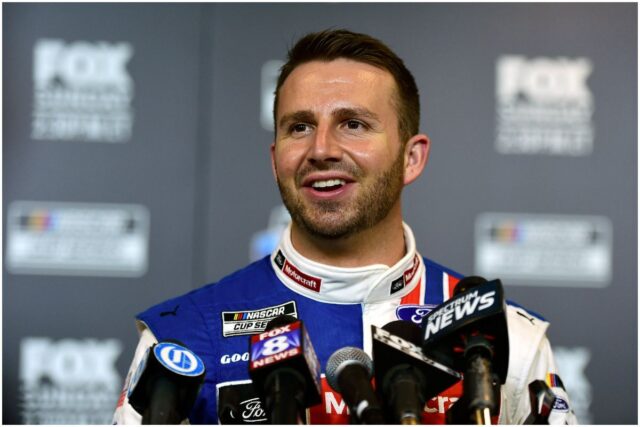 He was born on July 27, 1991, in Grass Valley, California, USA, as Matthew Guido DiBenedetto.

His father raced an Opel Manta in SCCA and IMSA in the late 70s and early 80s.

DiBenedetto began racing competitively at the age of 8.

In 2007, Matt won the “Tour Rookie of the Year” award in the UARA Stars Series.

In 2012, he joined The Motorsports Group. In the follow-up year, Matt joined the professional stock car racing team Vision Racing.

In 2015, DiBenedetto moved up to the Sprint Cup Series, the top racing series of NASCAR. He was with BK Racing but on a part-time basis. In 2016, he joined BK Racing full-time.

At the end of 2016, DiBenedetto announced that for the 2017 season, he would drive a single-car effort for the professional stock car racing team Go Fas Racing.

In October 2018, Matt inked a two-year contract with Leavine Family Racing to drive the No. 95 Toyota Camry in the 2019 season.

On August 15, 2019, it was reported that Leavine Family Racing would drop DiBenedetto from the team following the 2019 season. Two days later, Matt earned a second-place finish at the Bristol Night Race. He lost the first position to Denny Hamlin, with only 11 laps left.

”The pain was like being stabbed 100 times in the chest,” Matt said for Nascar.

DiBenedetto led the race for 93 laps. He said: ”That was probably one of the biggest days for my entire career, honestly, so that was a moment I’ll never forget, having all the support from the fans.”

”I’m so sorry to Matt DiBenedetto,” said Denny Hamlin after the race. He added: ”I know a win would mean a lot to that team, but I gotta give 110 percent for FedEx and my whole team.”

READ MORE: What is the net worth of Yusaf Mack?

On September 10, 2019, Matt signed with Wood Brothers Racing for the No. 21 Ford for the 2020 season. ”My contract is a multi-year opportunity,” said DiBenedetto during an interview. He continued: ”I guess that’s the way to word it because it does have options for 2021, 2022.”

”When you are driving for the Wood Brothers and having all these great people around you, it just means so much to be able to do it here with this team,” he said in August 2020 for NBC Sports.

In September 2020, he finished second at Las Vegas Motor Speedway. Kurt Busch won the race. ”He’s a veteran, and I knew he was going to play his strengths to his advantage and do the right things on the restarts to maximize his deal.” Matt stated about Kurt Busch.

”Happy five year anniversary to this hot woman who puts up with me,” DiBenedetto tweeted in August 2020. He also wrote: ”She’s dedicated to our lives and my career because all she wants for our anniversary is for us to make the playoffs tomorrow.”

”I love driving for this team. I hope I get to drive for them for a long time to come.”

[On his dog] ”He’s a really chill dog, just loves to hang around – he’s a great nap partner – Brian is the ultimate perfect dog.”

”I don’t come from a road racing background, but it’s something I’ve taken to, and I love doing more than anything.”

He was baptized by Michael McDowell in 2021.

DiBenedetto earned most of his wealth from competing full-time in the NASCAR Cup Series.

Matt currently drives the No. 25 Chevrolet Silverado for Rackley WAR.

READ THIS NEXT: Who is Brian Banks?