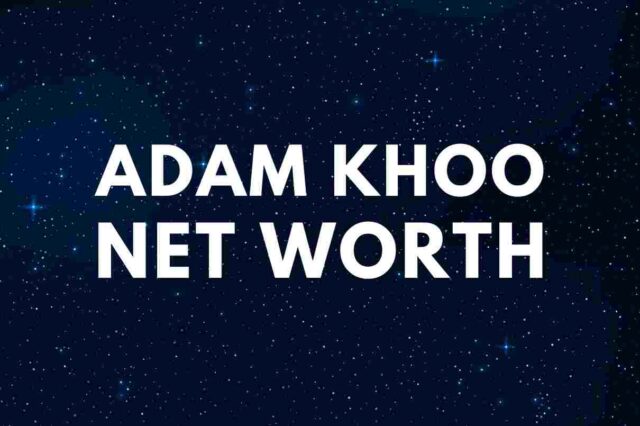 Adam Khoo is a professional stocks and forex trader and the founder of the Piranha Profits online trading school.

Adam was expelled (due to poor academic results) from St Stephen’s Primary School at age eight.

After attending a five-day residential boot-camp for teens, known as the SuperTeen Holiday Camp, his attitude changed 180 degrees.

During secondary school, Khoo started a mobile disco company with his friends.

At age 21, he completed National Service in the Republic of Singapore Air Force.

At 23, he got his license in neuro-linguistic programming in Seattle. Later, Adam became a trainer at SuperTeen.

In 1998, Khoo published his first book, titled – ”I Am Gifted, So Are You!.” The book is for people who want to enhance their brainpower.

In 2009, his book, Secrets Of Self Made Millionaires, was released. In the book, Adam explains how to increase your income without quitting your job.

From 2009 to 2010, Adam served as a director of the Singapore Health Promotion Board.

”In my book I try to educate people that investing is something that can be really safe and very very profitable, if you learn how to do it the right way, learning how to only invest in the best companies, knowing how to only invest when the market goes through an ongoing uptrend and avoid going through downtrends,” he said in July 2013. ”So, when you have all this knowledge, you find that even the average person with an average income can be financially secure and free for their lives.”

”When I started my YouTube channel three years ago, no one believed that I could attract the viewership of the Western world,” Adam said in an interview with Business Times in November 2019. ”Today, more than 70% of my viewers are from the US and Europe, and my videos are ranked at the top globally for stock, forex, and options trading.”

In 2016 and 2017, Khoo received the Most Preferred Investment Speaker award.

”Some people think that success is when I hit a million dollars. So, if they hit ninety-nine thousand, they still think like a failure,” he told Karen Foo about what success means to him. ”For me, what I find useful is that I define success as not a destination … but success is a journey, it’s an ongoing journey that never ends. Success is a process of continuously moving forward towards my goals in life.”

They have two children, Samantha and Kelly.

”I have two teenage kids, and like most mothers, my wife is very stressed – [your kids] must get good grades and all that,” Khoo confessed to Sophie Chew in January 2019. ”But I keep telling my wife, grades are not important.”

”Remember that successful investing isn’t by luck, and it is only through the right strategies and mindset.”

”When the markets see red, the greatest investors see opportunity.”

”To most traders, options may seem complicated and risky to trade.”

Other famous entrepreneurs are Dr. Steve Sjuggerud and Ricky Gutierrez.

Khoo earned most of his wealth from serving as the Executive Chairman of Adam Khoo Learning Technologies Group Pte Ltd and founding the Piranha Profits online trading school.

Adam became a millionaire at the age of 26.

He was ranked among the top 25 richest Singaporeans under age 40 by The Executive magazine in 2008.

Adam has also authored many books, including – Secrets of Self-Made Millionaires, How to Multiply Your Child’s Intelligence, I Am Gifted, So Are You!, Secrets of Successful Teens, Clueless in Starting a Business, Master Your Mind, Design Your Destiny, Secrets of Millionaire Investors, Nurturing the Winner & Genius in Your Child, and Profit from the Asian Recovery.

Therefore, Singaporean entrepreneur and author Adam Khoo has an estimated net worth of $50 million.

READ THIS NEXT: Who is Elena Moussa?