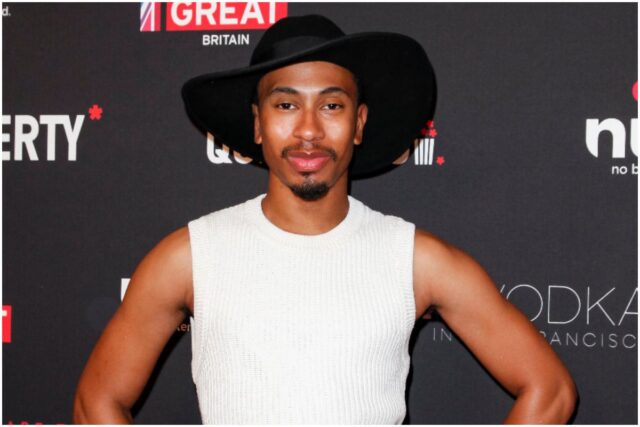 Kalen Allen is an American YouTuber and actor who is best known for appearing on The Ellen DeGeneres Show.

Allen shared about his childhood in an Instagram post: ”As a child, when people would ask me what I wanted to be when I grew up, I would say, ‘I want to be an actor.’”

Kalen graduated from the school’s Los Angeles Study Away program. ”I studied acting in college, so it was important for me to continue to hone that craft,” Allen explained in an interview.

On March 13, 2017, Kallen started his YouTube channel. The channel has over 892k subscribers mostly due to the videos Allen has uploaded with his personal commentary on online recipe videos in a series named – “Kalen Reacts.”

”I want to make content that makes me happy and my viewer happy, and sometimes I feel like the negativity just participating in drama isn’t necessary,” Kalen detailed in 2020.

His first video, Kalen Reacts to Tasty Cornbread!, was released on November 16, 2017. The video went viral and Allen woke up the morning after publishing it to find he had more than 6,000 followers on Twitter.

”When I posted the video that night, I woke up the next morning and I couldn’t use Twitter,” he said for Elite Daily. Kalen went on to say: ”My Twitter kept crashing because of all the traction that it was getting online.”

The video caught the attention of actress Debra Messing, J. Williams, model Chrissy Teigen, and comedian Seth Rogen, all of whom have posted about Kalen’s YouTube videos on social media. Allen said in another interview: ”I’m a little boy from Kansas, so that don’t happen all the time.”

Starting in 2018, Kalen has appeared in 12 episodes of the Ellen DeGeneres show. ”I mean, people love you. I’m thrilled that we found you,” Ellen said to Allen during her show. She added: ”We want to make a deal with you so you actually have a platform and help you make these videos and we want to help put these things out.”

”I’m so thankful and so grateful because you really have just changed my entire life,” he told DeGeneres.

Allen also has a weekly digital news series, called – ”OMKalen.” In this series, Kalen provides commentary on pop culture stories. ”With OMKalen, I get to be more creative,” he says.

In 2019, Kalen appeared in the reality TV series ”Treat Yourself.”

In 2020, Allen performed as Kevin in ”An American Pickle,” a comedy-drama film based on the 2013 short story “Sell Out.” The film follows an immigrant worker at a pickle factory who is accidentally preserved for a century and wakes up in modern-day Brooklyn.

Other stars in the film include – Jorma Taccone as Liam, Eliot Glazer as Christian, Sarah Snook as Sarah Greenbaum, and Seth Rogen as Ben Greenbaum/Herschel Greenbaum.

”I play the role of Kevin, who helps get the pickle business started,” confessed Allen for Columbian. He continued: ”Kevin is in a relationship with Christian, and Christian is kind of like a YouTube blogger.”

”Seth Rogan believed in me the most – from the beginning, before I was on Ellen or everybody knew my name,” Allen stated in a later interview. Kalen also said: ”It was my first time on the set so I was a little nervous but he was very patient in everything.”

Kalen Allen is openly gay but there is no information on whether or not he is dating anyone.

”Stop meeting people where they are if they are not willing to meet you halfway.”

”I’ve been thinking a lot about who I am versus who people think I am, even who people wanted me to be, and I have come to realize that there is an overall misconception.”

”I don’t live in the space of thinking I have it made, because at any time it could be taken away from me.”

He is a fan and supporter of Beyoncé. ”I always say Beyoncé is my mentor but she just doesn’t know it,” Allen said about the singer.

Allen earns most of his wealth from ads on his YouTube channel as well as from his collaboration with Ellen DeGeneres. Kalen’s salary at the DeGeneres show was not disclosed to the public.

In 2020, Allen has made his acting debut in a film, An American Pickle. Therefore, actor and YouTuber Kalen Allen has an estimated net worth of $0.3 million.

READ THIS NEXT: Who was Joey Boots?