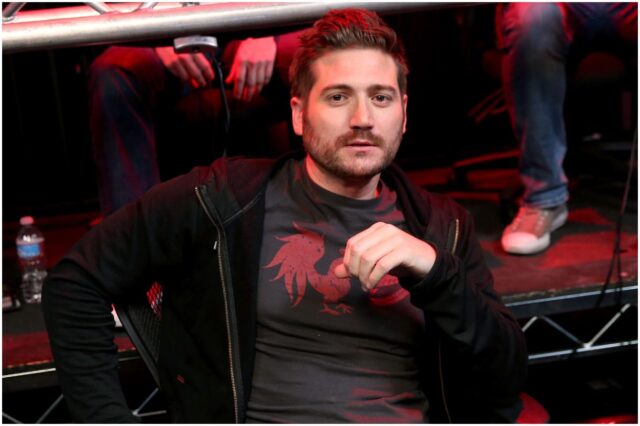 What is Adam Kovic’s net worth?

He is currently a content producer and main host for Funhaus.

Kovic was born on February 20, 1985, in Los Angeles County, California, USA. He is of Croatian and Czechoslovakian descent. His mother is a police officer.

He grew up in Los Angeles County, California. When he was young, Adam wanted to enter the United States military. In his words:

”I wanted to go into the military, I have a couple of family members who enlisted.”

From 2003 to 2006, Kovic attended the College of the Canyons. However, he didn’t graduate.

From September 2005 to June 2006, Adam worked as a talent assistant at G4 Media. There, Kovic worked on Attack of the Show. He said in an interview about his job at G4:

”It was 2006, and no other show was reporting about what went on behind the scenes in the video game industry, my job was to cover things like developers going out of business, certain projects being canceled or delayed.”

From August 2006 to March 2015, Kovic worked at Machinima, Inc., an online entertainment network that was owned by WarnerMedia. There, Adam became the host of the show Inside Gaming.

”I was there for eight years. It was my longest job I held by 6 and a half years.”

Note – Bruce Greene left Funhaus in September 2019 as he wanted to create his own brand.

At Funhaus, Adam serves as the main host and creative director.

Kovic said for Forbes about their success:

”We came in at an interesting time where the Achievement Hunter audience, and just the Rooster Teeth audience in general, was getting older.”

In addition, he is a contributing co-anchor at The Know, the news division of Rooster Teeth that discusses current events in media, gaming, TV shows, and movies. Since February 2019, Inside Gaming took over the production of The Know channel.

”I’m a lucky guy to have such a beautiful, smart and talented woman in my life.”

”When they asked how I achieved all my success, would I dare reveal my greatest secret?”

“True beautiness comes from within.”

”When you need ghouls or spirits taken care of at a discount price, you know who to fax.”

Kovic has a tattoo around his left arm that says:

”God’s in his heaven. All’s right with the world.”

His uncle, Ron Kovic, is a former United States Marine Corps sergeant, who wrote the book ”Born on the Fourth of July.” There is a movie inspired by this book, and it was directed by Oliver Stone. It stars Willem Dafoe, Frank Whaley, Jerry Levine, Raymond J. Barry, Kyra Sedgwick, and Tom Cruise.

He co-hosted in 4 episodes of Rooster Teeth’s game show ”On the Spot.”

Kovic earned most of his wealth from working for Machinima and Rooster Teeth. In addition, Adam had other projects, including two feature movies (Little Nicky and Girl Next Door) and several animated cartoons such as Red vs. Blue, Sex Swing, Inside Gaming Animated, Civilization: The Movie, Creepy Text Theatre Animated, But… The Eleven Little Roosters, Million Dollars, and  Critical Flaw.

Therefore, online video content creator Adam Kovic has a net worth of $2.5 million.

READ THIS NEXT: Who is ThatWasEpic (Juan)?