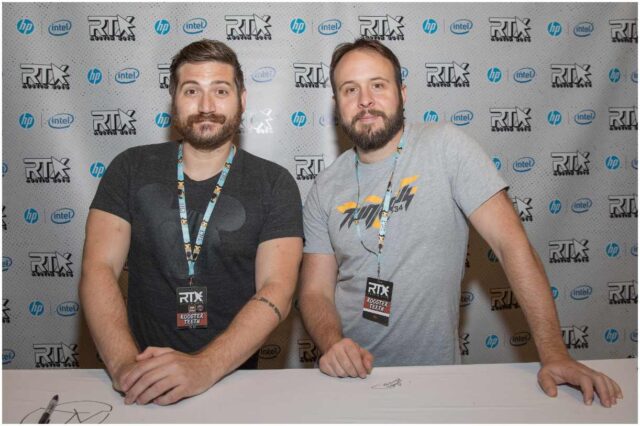 Bruce Greene is an American producer, streamer, and host, who was part of Inside Gaming and Machinima. Since February 2015, Bruce is a host for the YouTube channel titled – ”Funhaus.” He left Funhaus in September 2019.

After college, he was hired as the Host of the KRQQ-FM in LA. In addition, Greene worked as a DJ at 92.9 KJEE in Santa Barbara.

In addition, he worked on the Attack of the Show, an American live television program that premiered on March 28, 2005.

At some point, he got employed by Machinima Inc., an online entertainment network. At this company, Bruce produced podcasts as well as an editor.

He left Machinima in January 2015.

Funhouse is an American entertainment news, gaming news, and video-gaming YouTube channel that is owned by Rooster Teeth Productions based in LA.

Rooster Teeth is an entertainment and media company.

As of March 2021, Rooster Teeth’s main YouTube channel has more than 6 billion video views and over 9.34 million subscribers.

The most popular video on the channel is titled – ”RT Shorts – Angry Birds: The Movie (Trailer).” The video was published on March 26, 2011, and it has over 25 million views.

The second most popular video is called – ”Red vs. Blue S8 Tex fights Reds and Blues in awesome action sequence | Rooster Teeth.” The video has more than 16 million views, and it was published on June 26, 2010.

Rooster Teeth started with the production of Red vs. Blue, which premiered in April 2003. The series is currently still in production.

The crew members of Funhaus are:

When it comes to handling the channel, Bruce is known to be the most serious out of the group.

When asked about what makes Funhaus stand out from other gaming YouTube channels, he responded:

”Funhaus stands out from the pack because we are a comedy channel first, gaming channel second. Think Mystery Science Theater 3000 for video games.”

Bruce went on to say:

”Apart from that, about half of our videos are just us dicking around with each other, whether it’s on a podcast, or Open Haus, or trying to get demo disks to work on a PC.”

”We want to make people laugh, regardless if there’s a video game involved.”

Currently, Funhaus has over 1.6 million subscribers and more than 1.1 billion views.

In September 2019, Bruce left Funhaus to pursue a career as a Twitch streamer and YouTuber.

In 2019, Farrell announced on her social media accounts that she will no longer be working with Sugar Pine 7, an American comedy troupe and production company.

She has also worked as an editor for Group Nine Media, an American digital media company that is based in NYC.

Autumn is best known for posting numerous pictures of her enjoying the beach and modeling pictures on her Instagram account.

”Autumn’s birthday was a few days ago, but please give this woman a fraction of the love she gives to the world and let her know she’s the best!”

”Why does every DC movie end with something about someone’s mother.”

”Valentine’s Day is all about sacrificing for your partner.”

”Every time you say something to someone on the internet, imagine you’re standing in front of them saying those words.”

”We just watched a family change their baby in our restaurant but we are fine with it. Disney is for everyone, including poopy babies.”

Greene is renowned for his uncontrollable and loud farts.

Bruce hates Turbid so much that he created a website – tiredofturbid.com.

He loves Chipotle, a smoke-dried ripe chile pepper that is used for seasoning.

Bruce earned most of his wealth from working as a content creator, producer, voice actor, and gaming journalist. His most profitable job was working at Funhaus.

In addition, Bruce has his own YouTube channel (with over 202,000 subscribers). Also, he streams on Twitch, where Bruce has over 10k subscribers (meaning around $25k in revenue per month). Therefore, content creator Bruce Greene has an estimated net worth of $1 million.

READ THIS NEXT: Who is Destery Smith?