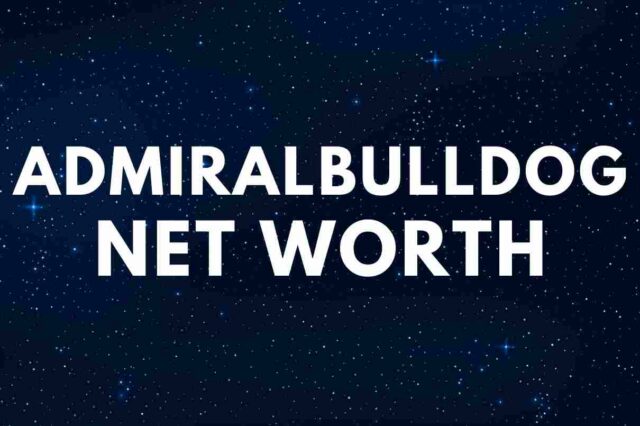 AdmiralBulldog (real name – Henrik Ahnberg) is a Swedish former professional Dota 2 player who has more than 743k followers on Twitch.

”Playing with a team at this level, it’s so disciplined, every move is thought out, every decision is planned beforehand,” he said in November 2012. ”At first, I was like a fish on land, but I have had time to adjust, and I have learned a lot in the past 2 months.”

In November 2014, Ahnberg decided to break from his competitive career and focus on building his Twitch channel.

”We have not kicked or removed Bulldog,” Alliance manager Kelly said. ”We tried to keep him in the team, but he has chosen to focus on streaming for now to rediscover his passion for Dota 2.”

On May 2, 2015, AdmiralBulldog returned to Alliance.

After The International 6, Ahnberg decided to take another break from competitive Dota 2.

”Seeing as s4 is leaving Alliance, I felt there is need for change for myself as well,” Henrik said. He went on to say. ”It was fun having our reunion and winning 2 lans together, but I will not be in the new Alliance roster.”

In November 2016, he became an official streamer for Alliance.

”I’m very happy to continue being a part of the Alliance family even though I’m not playing competitively at the moment,” he announced via Alliance. Henrik continued: ”I really enjoy streaming and working on my Twitch channel, so it’s great to be able to focus on that and at the same time work with Alliance.”

In 2017, Henrik was denied entry to the US while landing in Seattle-Tacoma Airport for having the wrong visa. He was trying to attend The International, Dota 2’s largest tournament, as an analyst and commentator. Later, Ahnberg was put on a return flight from Seattle to Sweden.

Also in 2017, Ahnberg was nominated as Streamer of the Year by Esports.

There is no information about AdmiralBulldog’s current girlfriend.

He used to date Sinned.

”The main reason I enjoy him [Lone Druid] so much is because he is something I call a ‘potential’ hero, basically a hero that it pays playing a lot with.”

”The universe is determined to make sure I never attend another TI.”

Henrik earned most of his wealth from participating in esports tournaments (over 600k), sponsors (such as Intel Gaming and RΛZΞR), streaming on Twitch, and ads on YouTube.

On Twitch, Ahnberg has over 2,800 subs, meaning about $7,000 in revenue per month from subs. On the platform, Henrik also makes money from donations, ads, and sponsors.

On YouTube, Henrik has over 266 million views — about $600k in revenue before taxes. Therefore, Swedish streamer AdmiralBulldog has an estimated net worth of $0.5 million.

READ THIS NEXT: Who is Mang0?