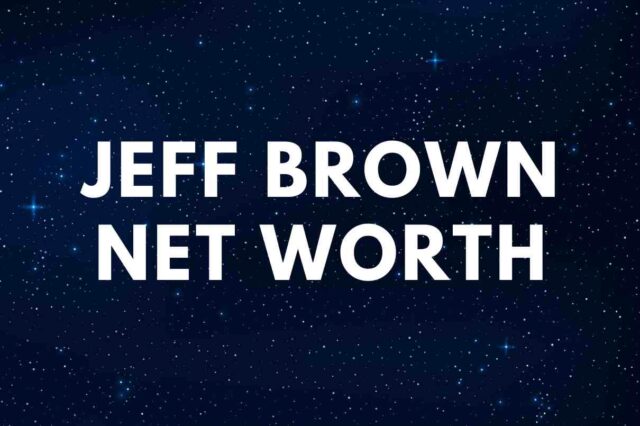 What is Jeff Brown’s net worth?

Jeff Brown is an author and spiritualist helping readers across the world advance on their own spiritual journey of self-discovery.

The Canadian-born former lawyer didn’t come to his path by choice. In fact, he fought his spiritual calling for years.

As an educator, author, and podcaster, Brown is bringing a new blend of personal development and self-exploration to readers everywhere.

And his following is growing exponentially.

Even at a young age he was a curious kid, fascinated with exploring the world and people around him. But he was on a traditional path.

As a teen, he made the Dean’s Honor roll at university.

He won the Law and Medicine prize.

He graduated and started an apprenticeship with notorious criminal law expert Eddie Greenspan. Hi, fast-paced life as a young up-and-coming legal whiz was right on track. The next step was to start his own practice.

A higher power had different plans for Jeff.

In his own words, Jeff Brown heard the repeated call inside him to stop what he was doing. He fought it for a long time as he tried to forge his way down the traditional path of career and family.

Eventually, though, Brown gave in. He began to follow his inner voice, and explore what he would eventually go on to term Sacred Purpose—his true mission in life.

As is often the case with spiritual work, most of Brown’s early self-exploration involved surrendering his ego and focusing on growth. He studied multiple spiritual and physical disciplines, including Bioenergetics. Turning his back on the legal profession, he explored psychotherapy—eventually earning a Masters in Psychology.

Eventually, Jeff Brown found resolution in his spirit. Through this time of healing and growth, a new inspiration found him.

In December 2007, Jeff Brown self-published his first book: Soulshaping—Adventures in Self-Creation. As part of the calling placed on his soul, Brown organized for a homeless man to market his books on the streets of his native Toronto.

The book was a success for the independent author. North Atlantic Books picked up publishing rights, and distribution was handled by major literary giant Random House from 2009.

In 2010, with Jeff Brown’s name rapidly circulating in the media with his best-selling book, he capitalized on the publicity by writing a series of inspirational pieces for Good Morning America on ABC.

He went on to appear on Fox, as well as national and international radio.

Shortly after he penned the blog Apologies to the Divine Feminine—which went viral in the US and Canada—he launched his first film effort.

Karmageddon was followed up with Brown’s second book, Ascending with Both Feet on the Ground. The book, published in 2012, was endorsed by Elizabeth Lesser, host of Oprah Winfrey’s Soul Series.

As part of his exploration into bettering others and himself, Brown founded the charitable group Open Heart Gang.

The group has been operational for over a decade, and its members perform random acts of kindness to others in the hopes they will pay it forward.

Brown founded an institute of higher learning in January of 2015.

The Soulshaping Institute offers courses structured to help people from all walks of life to expand their spiritual knowledge and uncover their higher purpose in life.

The Happily Ever After

Susan, a poet in her own right, inspired Brown’s next book—An Uncommon Bond. Released in May 2015, the love story received rave reviews.

It was followed up with three more books:

”The universe presents us with endless opportunities to synchronize our path with our truth.”

“Forgiveness is not a concept. It’s a process.”

“Real love is intense, but its not dangerous. It’s passionate, but not abusive.”

”To find your way, you will need courage.”

”Real love is intense, but its not dangerous. It’s passionate, but not abusive.”

Author Jeff Brown has an estimated net worth of $2 million.

READ THIS NEXT: Who is chef Ben Robinson?