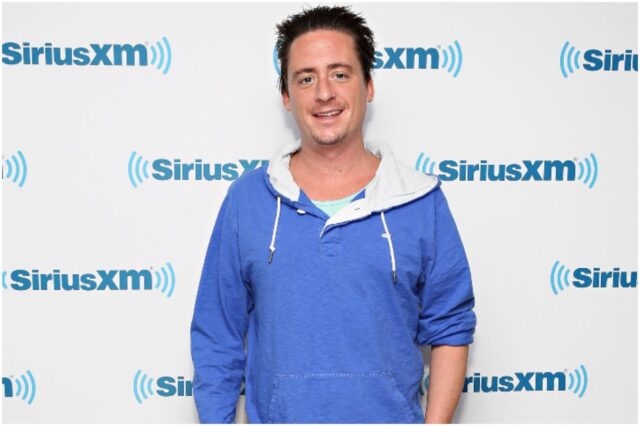 Chef Ben is famous for being the talented and entertaining culinary expert on the Bravo reality series Below Deck.

Responsible for delivering delicious gourmet cuisine to guests at every meal of their yachting adventures, he also manages to hold his own amongst a cast of young, drama-loving crewmates.

As a kid, Ben and his siblings attended boarding school in the UK and returned to Cape Cod for the summer each year.

When he left high school, Ben went into training to become a chef—studying in Florence, Italy.

From there, he won an apprenticeship under Heston Blumenthal at the multi-award winning, 3 Michelin Star restaurant, The Fat Duck.

This level of experience would set the young chef up for a lucrative career later in life.

In his twenties, Chef Ben was hired to work on board the Athena—one of the world’s largest yachts.

The fast pace and intense pressure, as well as pretty intense living conditions, gave Ben an introduction to chef life and ship life all at once.

With a savvy business brain on his side, Chef Ben recently became a certified health and lifestyle coach.

Early in life—before Florence and The Fat Duck—Ben enjoyed cooking with his mother.

At the age of 5, he already knew cooking was what he wanted to do with his life.

He especially loves to tell stories through his cuisine—combining not just beauty and taste but chemistry and art.

With a background that includes The Fat Chef, known for its blend of science and showmanship, it’s no wonder.

When Chef Ben resigned from his role aboard the Athena, he intended on getting chef work on dry land.

By chance, he saw an ad for the Below Deck crew.

The rest, as they say, is history.

Life on the high seas is challenging. So is filming a reality show. Combine the two, and you have a recipe for stress.

Ben agrees, claiming that the show is a “younger man’s” game. So far, he has starred in two seasons of Below Deck:

Season 1, aboard the Ionian Princess in Greece

Season 4, aboard the Sirocco in the South of France

Life Out Of The Limelight

As much as he thinks his time on the show may be limited, he’s thankful for how much of the world his celebrity status has allowed him to see.

From Greece and France, to Italy and Australia—where Robinson learned to play the digeridoo—the reality TV chef captures all his memories to share with social media.

There’s more to Chef Ben than just catering to the ultra-wealthy, though.

He’s also an entrepreneur, with several of his own businesses on the go and a successful line of chef’s knives and merchandise.

He’s also running his own catering team to cater to major international events.

Love On The High Seas

Followers of the hit Bravo reality show, Below Deck, may remember the fun and flirty chemistry between Chef Ben and chief steward Kate Chastain.

Eventually, though, he found love on the high seas with the show’s English Rose, Emily Warburton-Adams.

More recently, Chef Ben and Kiara Cabral have appeared on Instagram together, going public with their new romance.

The pair have spent time together at a golf resort in Florida, chilling out in matching His & Hers bathrobes and making music videos about Ben’s pet bird.

The posts attracted praise from fans and castmates alike, with comments from Anastasia Surmaya and Colin Macy-O’Toole. Even Emily wrote that the pair looked lovely together.

In an interview on Life After Bravo, Emily celebrated the couple getting together. She added that Ben was very happy with Kiara and that she was very happy for him.

Ben’s critics pointed out the 13 year age gap between the couple, which Kiara has defended publically—stating, “I’m with Ben because he’s smart, and I love him.”

Robinson earned most of his wealth from appearing on Below Deck, Below Deck Mediterranean, and Below Deck Galley Talk.

Therefore, Chef Ben Robinson has an estimated net worth of $3 million.

READ THIS NEXT: Who is Troi Torain?