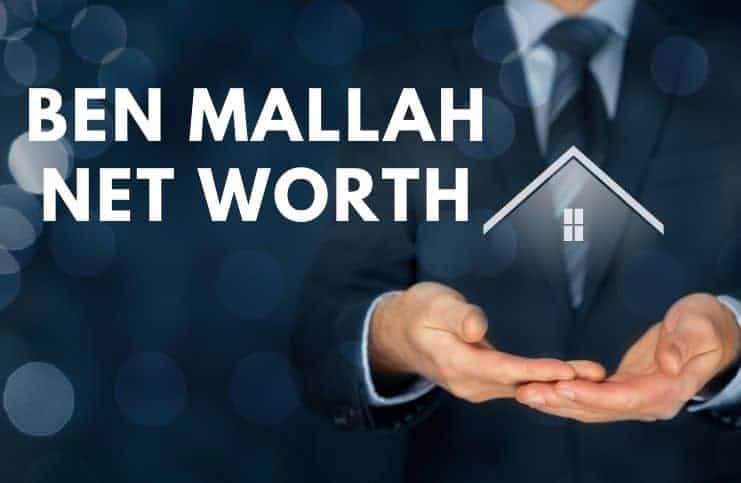 Mallah was born on October 29, 1965, in the USA. He was raised in the projects of Rockaway Queens, New York.

He was raised poor, surrounded by criminals, in a shitbox bungalow, according to his words. Deprivation made Benjamin want to grow up to live exactly the opposite. He said:

”When I was a kid, I always wanted to make a lot of money.”

At age 14, Ben quit school. Mallah started to work as a messenger on Wall Street. At age 17, Ben enlisted in the US Army.

He started out his real estate career by picking up garbage. Due to his high work ethic, Benjamin was promoted to be in charge of several buildings.

In January 1990, Mallah started his real estate company, Equity Management Partners Inc. Some of his first deals was a house worth $27,500 that Benjamin bought with the money he got from selling a few cars. Ben confessed in a later interview:

”I started out by buying boarded up crack houses in Oakland, Calif. and fixing them up with less than reputable people.”

At the end of 2013, his doctor said he would be lucky to live another 5 years maintaining his current lifestyle. The doctor’s news made Benjamin decide to sell off his real estate portfolio and spend the rest of his days with his family. He stated:

”I have five years left to live and I want to spend it with my family.”

Mallah went on to say:

”Money, power, respect…all mean nothing if you are unable to enjoy them with the ones you love.”

A YouTube video documentary series, titled ”Life For Sale,” which features his real estate dealings, was released by Danny Jones, the founder of Koncrete.

In February 2019, he bought a Belleair Shore gulf-front mansion from Ryan Howard (former Philadelphia Phillies slugger) for $16.5 million. Mallah said he wanted to reward Karla with an anniversary gift.

The house was built in 2014, and it has a pool that meanders through the 2½-acre property, trophy room, wine cellar, bowling alley, two-story paneled library, six-car garage, and castle-like balconies.

”Remember the Golden Rule. He who has the gold makes the rules.”

”If I make a deal I make a deal, and when I go to sell that property, I’m giving them the option to sell it for me.”

”If rates go up you lose, if they go down you win.”

”In real estate, you have to exercise a limit of greed to protect you from a possible bleed.”

”It’s never too early and never too late for you to secure you and your family’s future in real estate.”

”If you practice real estate religiously you will be a Land Lord.”

“I hated seeing other people live better than I did.”

Other famous American entrepreneurs are Omi In a Hellcat, Brandon Turner, and Josh Flagg.

Mallah earned most of his wealth from founding and managing his company, Equity Management Partners Inc.

Ben usually buys distressed apartment shopping centers, hotels, and buildings, fixes them up, and then sells to make a nice profit.

In 2015, Ben sold a 261-room Best Western Bay Harbor hotel at Rocky Point for $34.5 million to the Chicago-based Oxford Capital Group. Mallah purchased the hotel in 2012 for $15 million and spent $5 million for renovation.

In August 2019, Mallah bought the Marina at Johns Pass for $17.2 million. He said about his acquisition – ”It’s a great property. It just needs some TLC and some hands-on ownership and management.”

In September 2019, Benjamin sold Marriott’s Courtyard Orlando Lake Buena Vista near Disney World for $33.5 million. He purchased the Orlando hotel for $21 million in 2017 and spent $5 million on renovations. Ben said – “We replaced everything right down to the alarm clocks.”

His company has other properties including a multi-family property in St. Petersburg, Tampa Plaza Shopping Center in Tampa, Midway Shopping Center in Largo, Ramada Westshore in Tampa, Four Points by Sheraton in Tampa, and the Clearwater Beach Hotel, reported Tampa Bay. Therefore, Ben Mallah has an estimated net worth of $220 million.

READ THIS NEXT: Is emmymadeinjapan divorced?