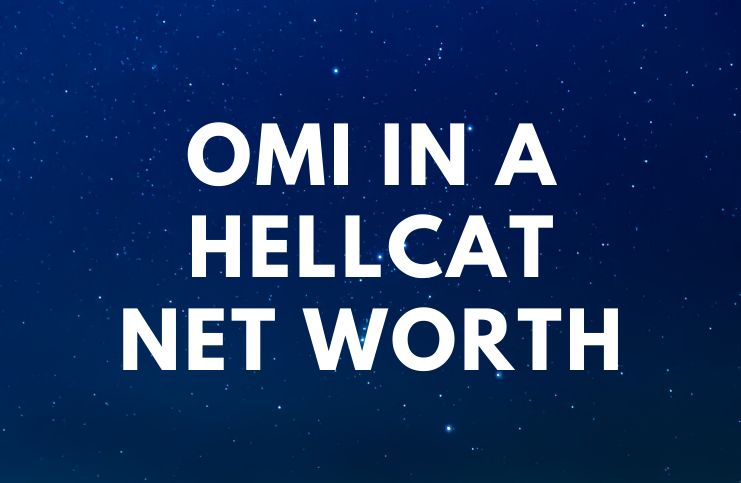 Omi In a Hellcat (real name – Bill Omar Carrasquillo) is an American YouTuber and entrepreneur who is best known for his YouTube channel where he uploads both his automotive content and lavish vlog-style videos.

Carrasquillo was born on August 6, 1986, in Pennsylvania, USA.

His father, Julio Carrasquillo, was involved in real estate.

Omar said to IBTimes that his first job was as a freelance mobile app developer.

Carrasquillo started his channel on February 5, 2016. So far, the channel has more than 687,000 subscribers and more than 56 million views.

Carrasquillo has also featured car brands like Ford Mustang, BMW, Lamborghini, and Honda on his channel.

The most popular video on the channel is named – ”OMI IN A HELLCAT SHOWS OFF HIS CAR COLLECTION.” The video was uploaded on July 19, 2019, and it has over 1.1 million views.

In November 2019, his home was raided by the FBI, who he claims “took everything,” from “every television in my house” to “every SD card, every camera.”

“They [FBI] only thing they didn’t take was my d*ck because it’s attached to my balls.”

Omar detailed in a recent YouTube video that the FBI investigated him for the legality of Gears TV Reloaded, tax violations and money laundering.

“I can neither confirm nor deny the existence of an investigation,” Office for the Eastern District of Pennsylvania declared to Heavy.

“This ain’t clickbait. This ain’t fake, this is not fake. This is 100 percent real.”

In the YouTube video, Omi asked his followers to buy his merch to help to support him.

“This is a life lesson. Now to see who are my real friends in a time of crisis, a time of need.”

Omar is the founder of an IPTV app called Gears TV Reloaded.

Carrasquillo also said that the app exploits a legal “grey area” in regard to copyright infringement by giving users access to channels like Stars, Cinemax, Showtime, and HBO. He said:

“This is Napster 2.0. This wasn’t killing anybody.”

Omi went on to say:

”If anything I saved hundreds of thousands of people [with] cheaper cable.”

READ MORE: Who is Edmund McMillen?

The app was shut down following the FBI raid.

“I hit a great area and exploited it and they just didn’t like it.”

”I made a ton of money but at the same time a lot of the money I made super-legit.”

He expects to go to jail for several years.

Omar is a married man and also has children. Their names were not released to the public.

”Building an empire requires you to surround your self around people that are smarter than you.”

”Walked out of my hotel I’m like why am I going to jail.”

READ MORE: What is Joe Robinet’s net worth?

”Giving up was never an option.”

Note – Derez De’Shon is an American hip-hop artist who first gained fame after the release of his debut mixtape PAIN in 2017.

Omi In a Hellcat – Net Worth

Carrasquillo earned most of his wealth from real estate and construction. He currently owns a few businesses, including two-night clubs (Philly 21 and Unicas) and a restaurant. Omi also said that he owns over 300 properties in Philadelphia. However, one of his main businesses, the app – Gears TV Reloaded, is most likely closed as a result of an FBI raid.

Additionally, Omi has a YouTube channel with over 687,000 subscribers. Therefore, Omi In a Hellcat has an estimated net worth of $20.5 million.

READ THIS NEXT: Marty Caffrey – Bio & Net Worth

1 thought on “Omi In a Hellcat – Net Worth, Bio, Business, Real Name, Age”